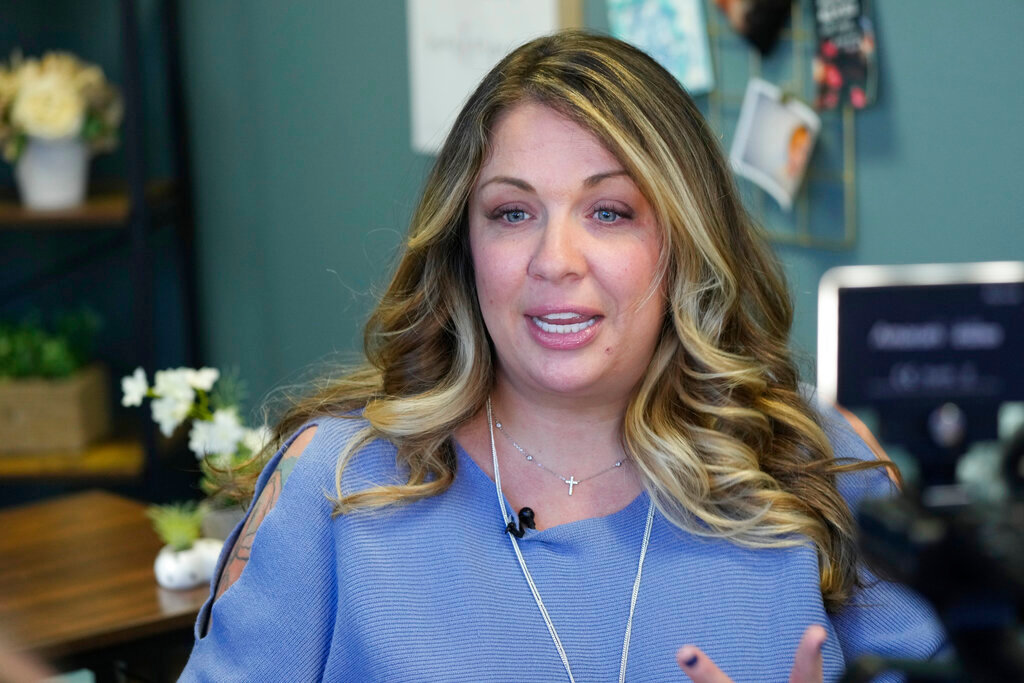 Web designer Lorie Smith is shown in her office on Nov. 7, 2022, in the southwest part of Littleton, Colo. The Supreme Court is hearing the case Monday, Dec. 5, of Smith, a Christian graphic artist who objects to designing wedding websites for gay couples. (AP Photo/David Zalubowski, File)
David Zalubowski
Posted Monday, December 5, 2022 9:26 am

The designer and her supporters say that ruling against her would force artists — from painters and photographers to writers and musicians — to do work that is against their faith. Her opponents, meanwhile, say that if she wins, a range of businesses will be able to discriminate.

Over more than two hours of spirited arguments, the justices repeatedly tested out what ruling for the designer could mean, using detailed and sometimes colorful hypothetical scenarios.

The case comes at a time when the court is dominated 6-3 by conservatives and following a series of cases in which the justices have sided with religious plaintiffs. It also comes as, across the street from the court, lawmakers in Congress are finalizing a landmark bill protecting same-sex marriage.

Smith, a graphic artist and website designer in Colorado, wants to begin offering wedding websites. But she says her Christian faith prevents her from creating websites celebrating same-sex marriages.

Colorado, like most other states, has what's called a public accommodation law that says if Smith offers wedding websites to the public, she must provide them to all customers. Businesses that violate the law can be fined, among other things.

Five years ago, the Supreme Court heard a different challenge involving Colorado's law and a baker, Jack Phillips, who objected to designing a wedding cake for a gay couple. That case ended with a limited decision, however, and set up a return of the issue to the high court. Waggoner, of the Alliance Defending Freedom, also represented Phillips.

Like Phillips, Smith says her objection is not to working with gay people. She says she'd work with a gay client who needed help with graphics for an animal rescue shelter, for example, or to promote an organization serving children with disabilities. But she objects to creating messages supporting same-sex marriage, just as she wouldn't create a website for a couple who met while they both were married to other people and then divorced, Waggoner said.