Supreme Justice Scalia: Why We Should All Care About His Replacement 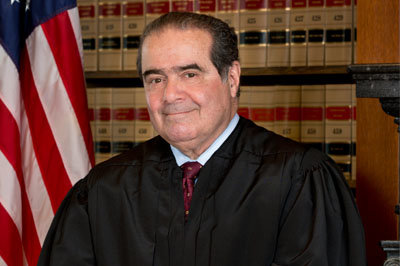 The tragic death of Associate Supreme Court Justice Antonin Scalia leaves a gaping hole in American jurisprudence. For three decades (1986-2016) Justice Scalia was a trenchant and eloquent defender of "originalism" and "contextualism" in judicial interpretation of the Constitution.

As someone who was charged during almost the entirety of Justice Scalia's career with closely monitoring Supreme Court decisions (as the president of the Southern Baptist Convention's public policy arm from 1988 to 2013), I always looked forward with eager anticipation to reading Justice Scalia's judicial opinions.

Whether he was in the majority or the minority, his opinions were always brilliantly and eloquently written, voluminously informative, shockingly forthright and vastly entertaining.

Justice Scalia had a well-deserved reputation as a brilliant and entertaining conversationalist and that gift carried over to his judicial writing. He made no attempt to be subtle or in any sense ambivalent. His writing reflected his thinking and philosophy – cogent, clear, direct, analytical, and consistent.

In many ways Justice Scalia was the Godfather of the resurgence of the "originalist" and "contextualist" philosophy of judicial interpretation, which rejected utterly the idea that the Constitution was a "living document" and that judges were free to read into the original intent of the authors with little, if any, restraint. Justice Scalia and his disciples, of whom there were many, believed that judges should be restricted to seeking to understand the original intent of the Constitution's framers, which would enable them to fulfill their proper judicial role, which was to interpret the law and not rewrite it from the bench.

Justice Scalia did perhaps more than anyone else in the last three decades to restrain a growing oligarchy of rule by unelected lawyers seeking to use their judicial power to subvert the role of law in government "of the people, by the people, for the people." His influence on two generations of legal scholars, lawyers, and law students has been virtually incalculable.

Justice Scalia's unexpected death last Saturday in Texas at the age of 79 was a shocking blow. On a delicately balanced Supreme Court, Justice Scalia was a towering pillar of conservatism and judicial restraint. Whoever is elected to be Justice Scalia's replacement will be the new deciding vote on a host of critically important issues on a court seemingly hopelessly deadlocked in a 4 to 4 stalemate between liberal and conservative justices.

In many ways Justice Scalia was the Godfather of the resurgence of the "originalist" and "contextualist" philosophy of judicial interpretation, which rejected utterly the idea that the Constitution was a "living document"...

Will judicial restraint or judicial activism prevail? All Americans, and our children and grandchildren, have an enormous stake in the answer to that question.

Justice Scalia was a great servant of liberty and the rule of law, and he will be sorely missed by his fellow citizens. Justice Scalia's passing once again underscores and vividly illustrates the fact that often the most important and permanently impactful thing that a president does is to nominate Supreme Court justices, and that one of the most important votes a senator casts in his career is his decision to approve or reject a presidential Supreme Court nomination.

The day Scalia's successor is confirmed will be just such a day as well. Let us all pray for God's wisdom to superintend the selection and confirmation process and that God's man or woman is chosen.

Richard Land is president of Southern Evangelical Seminary and executive editor of The Christian Post.