The Chicago Cubs’ Ben Zobrist is a man of faith 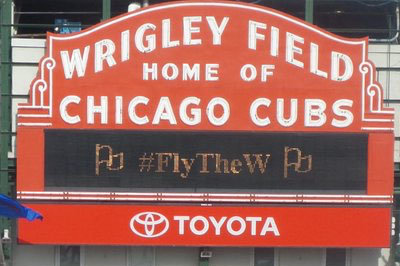 I have been a Chicago Cubs (and Boston Red Sox) fan all my life. The Red Sox made it into the playoffs, but the Cubs are in the World Series. I know I should be a Braves fan, because I have spent 30 years of my life in Georgia. In addition to that, SunTrust Stadium, new home of the Braves, is being built very close – too close – to our home in Smyrna.

So, I grew up following the baseball exploits of Ted Williams, Johnny Pesky, Bobby Doerr, and Dom DiMaggio of the Red Sox and Phil Cavarretta, Hank Sauer, Roy Smalley, and Andy Pafko of the Cubs.

The Red Sox had a World Series drought of 86 years until they finally won in 2004 over the Saint Louis Cardinals. The last time the Cubs won the World Series was in 1908 when they beat the Detroit Tigers in seven games. The Cubs have become known as the “loveable losers” and have not even appeared in the World Series in the past 71 years. 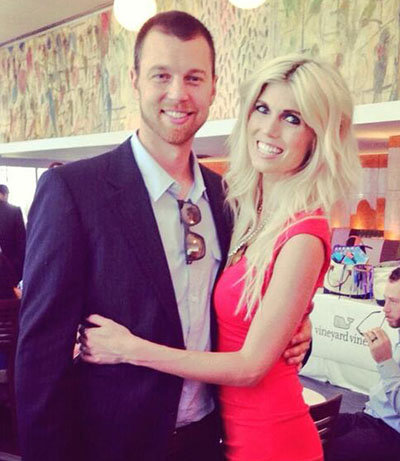 The 2016 World Series begins Tuesday, Oct. 25 with the Cubs playing the Cleveland Indians in a best-of-seven game series.

I enjoy watching the athletic prowess of the Cubs’ baseball players, but I am also appreciative of those players who have a profound and glowing testimony for Christ.

Ben Zobrist, second basement and left fielder for the Cubs, is an avowed Christian. Last year Zobrist played for the Kansas City Royals, the winner of the 2015 World Series. He had six hits, including four doubles, and three walks in 26 visits to the plate. He scored five runs in five games and helped the Royals win the World Series.

Zobrist grew up in central Illinois where he was a star high school athlete in Eureka, a small town just 20 miles east of Peoria. His parents, Tom (pastor of Liberty Bible Church in Eureka) and Cindi Zobrist, provided a loving Christian home for Ben.

The Chicago Tribune reported, “Zobrist had planned to follow his dad, Tom, the pastor of Liberty Bible Church, into the ministry after graduating near the top of his class when he spent $50 of his birthday money to attend a tryout in nearby Peoria.”

An impressed coach at Olivet Nazarene University offered Zobrist a baseball scholarship. Zobrist played baseball at Olivet Nazarene for three years and then transferred to Dallas Baptist University because he wanted his baseball skills tested by some of the opponents DBU would face – opponents like Baylor and Texas A&M. The four-sport high school athlete developed enough all-around skills to be drafted out of Dallas Baptist University by the Houston Astros.

The Tribune reported, “There was the night Ben was drafted in 2004 and pledged to his clergyman father to ‘represent God and be a missionary in baseball.'”

Ben’s wife, Julianna, is a popular Christian singer with a successful career of her own. They bonded over their dedication to their faith and their hopes of raising a Christian family together.

In 2014 Ben and Julianna wrote an autobiographical book titled Double Play: Faith and Family First in which Ben writes about the importance of his faith life and athletic career and gives fans a first look into the heart of an athlete whose talent and devotion to God, family, and baseball make him one of the most loveable figures in the Major Leagues today.

Julianna has performed on both the mainstream and Christian platforms and is actively involved in film and radio. The challenge of juggling a Major League Baseball career, a successful Christian singing career, and parenting three children is significant to say the least. But Ben and Julianna decided to meet those challenges by making a pact to never be apart for more than six days at a time.

Julianna homeschools their children, which makes it possible for her and son Zion Benjamin, 7, and daughters Kruse Allegra, 4, and Blaise Royal, 11 months, to travel with Ben and see him on the road. The traveling arrangements allow the family to be together on a consistent basis and permits Ben to have an active presence in his children’s lives. Julianna generally schedules her concerts to coincide with the cities and dates of Ben’s baseball schedule. So far it has worked incredibly well for the family because with the Zobrists it is faith and family first.

I have seen videos of Ben and Julianna being interviewed and they both boldly and unashamedly speak in glowing terms about their faith and devotion to Christ. The faith of the Zobrists will give me added enthusiasm for cheering for the “Cubbies”.