The Clemson legend from the 40s you haven't heard of, but earned a call from Dabo Swinney at his funeral 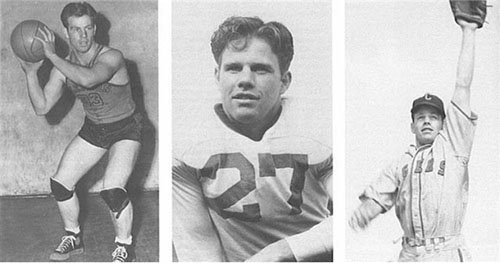 Frank Gillespie lettered in three major sports at Clemson in the 1940s, earning 11 letters in all. ClemsonTigers.com/Special

Frank Irvin Gillespie, 94 and another hero from Tom Brokaw’s “Greatest Generation,” died on March 8. He was a man’s man, a war hero, a champion in collegiate athletics, a loving pastor, a devoted father and grandfather, and faithful friend to many.

One man at Ephesus Baptist Church, where “Dr. Frank” was a member and his son, Frank, is the minister of music, summed up his view of Gillespie’ s life by saying, “When I met Dr. Frank my definition of manhood changed.”

Gillespie grew up in the coal mining region of West Virginia, and because of his athletic prowess was given the opportunity to try out for a football scholarship at Clemson College (now Clemson University).

Legendary Clemson football coach Frank Howard invited Gillespie to come to the college to try out for a scholarship. When he arrived, Howard put on some pads and told his prospective recruit to do the same. The coach took the young athlete out to the football field. The coach got down in the stance of a lineman and told Gillespie to try to knock him out of the hole.

It was reported that Howard recalled, “Well, that boy knocked me winding. It took me a minute to clear my head, but then I said, ‘Okay, Buddy, that’s enough. Let’s go in and get all those papers signed.’”

Gillespie responded, “I thought you said you were going to give me a tryout.”

Howard answered, “I already did.” Howard had seen all he needed to see to give Gillespie a scholarship. He later stated, “You see I weighed about 230 back then, and I figured anybody who could knock me around like that was good enough to play for Clemson. My backbone nearly killed me for a week.”

Coach Howard often publicly declared that Frank Gillespie was the greatest lineman he ever coached in his 30 years at Clemson. 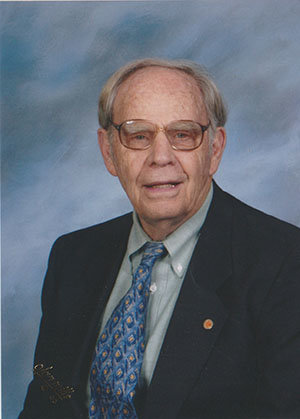 Frank Gillespie lettered in three sports at Clemson University, but was just as known for his lifelong example as a follower of Christ. GILLESPIE FAMILY/Special

Gillespie not only played football, but he also played baseball and basketball. By his senior year he was all-conference in all three sports. He earned 11 varsity letters at Clemson, a school record, and earned academic honors as a double major in electrical and textile engineering. He was also student body president his senior year at Clemson.

In his junior year, Gillespie also won the McKelvin Award for best all-around conference athlete, one of only three Clemson athletes to win the award (Deshaun Watson is the latest). He was inducted into the Clemson Athletic Hall of Fame in 1977 and selected to Clemson’s Football All Centennial Team in 1996.

He interrupted his college experience by joining the United States Army in 1943, spending 3½ years in Europe fighting for his country in WWII. He was in General George Patton’s Third Army and fought in the Battle of the Bulge.

Gillespie returned to Clemson after the War and continued his academic and athletic pursuits. The Philadelphia Eagles drafted him to play professional football after he graduated from Clemson.

He continued to keep in good physical condition and even in his eighties would ride his bicycle for miles at a time. Just days before he had the debilitating stroke that took his life was pedaling on his stationary bicycle.

It should not be overlooked, however, that he was a dynamic witness for Christ while at Clemson. The younger Gillespie gave the eulogy at the funeral of his dad and stated, “I was talking to a man who owned a bar in Anderson, SC many years ago and who attended Clemson when my dad was there. His memory of my dad was that he went through the dorms every Sunday morning trying to get people to go to church with him."

In the course of time Gillespie was called into the ministry, prepared himself through theological training, and served as pastor of First Baptist Church of Iva, SC for many years. He was also a foundational part of the history of Bell Shoals Baptist Church in Brandon, FL. He had the heart of a pastor. He loved people and in his years of retirement served the church in every way he could.

For the entirely of his Christian life Frank Gillespie was a powerful witness for Christ and had no compunction about sharing his faith in the grocery story, at the ball park, or in his neighborhood.

Ephesus pastor Billy Godwin stated at the memorial service that Frank Gillespie, like the apostle Paul, had “fought a good fight, finished the race, and kept the faith.” Godwin added, “Dr. Frank has greatly enriched the ministry of our church and enhanced our lives by his faithful walk and consistent witness.”

Georgia overcomes slow start to rout Georgia Tech 37-14
ATHENS, Ga. (AP) — Stetson Bennett threw two touchdown passes and No. 1 Georgia completed back-to-back undefeated regular seasons for the first time in school history by overcoming a slow start to beat Georgia Tech 37-14 on Saturday.
Curry scores 30, Georgia Southern beats Oglethorpe 101-73
STATESBORO, Ga. (AP) — Carlos Curry's 30 points led Georgia Southern over Oglethorpe 101-73 on Saturday. Curry added 15 rebounds for the Eagles (4-3). Kamari Brown added 20 points while going 9 of 12 and 1 of 4 from the free throw line, and he also had three steals. Amar Augillard recorded 12 points and shot 6 of 7 from the field.
Marshall closes out Georgia St. in 28-23 win
HUNTINGTON, W. Va. (AP) — Cam Fancher threw two touchdown passes and Khalan Laborn ran for two scores and Marshall ended the regular season beating Georgia State 28-23 on Saturday.
Macon hospital asks county to spend taxes on indigent care
MACON, Ga. (AP) — A Macon hospital authority wants its local government to start sharing local property tax collections to help pay for indigent care. The Macon-Bibb County Hospital Authority discussed its plans earlier this month, The Telegraph of Macon reports.
Baby born at an Atlanta McDonald's gets the nickname Nugget
ATLANTA (AP) — Yes, they've nicknamed the baby “Nugget," after a woman delivered a girl at an Atlanta McDonald's. Alandria Worthy tells WXIA-TV that her labor was intensifying and her fiancé was driving her to the hospital Wednesday morning when they stopped so she could use the bathroom at the fast food restaurant.
© Copyright 2022 The Christian Index | Copyright/Terms of Use
Powered by Creative Circle Media Solutions