The downside of doing it our way 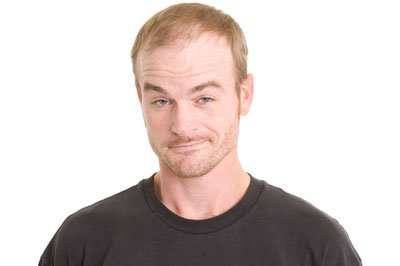 In Genesis 3 we find Satan slithering into the garden to defy God and deceive man. Satan’s desire was to get Eve – and ultimately, Adam – to reject God’s truth. He tempted them to question God and ultimately disobey God.

Adam and Eve were the pinnacle of God’s creation. They had been given everything they needed on earth and in heaven. They lived in as close of fellowship that anyone could ever have with God the Father outside of the Son. They had nothing to gain and everything to lose by disobeying.

Frank Sinatra made famous the song, “I Did It My Way.” The song points to a life lived while traveling “each and every highway.” A life where “I planned each charted course” and “did it my way.” Many others have tried to carve their path through life doing it their way.

A fast food chain that has used the slogan, “Have it your way.” That is what the flesh wants. We want it our way. We want to do it our way. This attitude has its roots deep in our fallen sinful nature.

According to the Psalmist I was “conceived in sin” (Psalm 51:5) According to Paul “all have sinned” and “the wages of sin is death.”

David’s adulterous act with Bathsheba and ultimate murder of her husband Uriah the Hitite were already a year old when Nathan the prophet confronted him with the story of the poor man’s lamb.

The man after God’s own heart was overwhelmed by being found out and made no excuses. In Psalm 51 we have his full confession of his sin. He was haunted and horrified by his sin. He was sorrowful.

Everywhere he turned and every face he looked into reminded him of his sin. Uriah was dead and his blood was on David’s hands. When he looked at Bathsheba, when he remembered the baby, when he walked past his servants he was confronted by his sin. Yet David’s sorrow was not because of them. David was sorrowful because David knew that he had sinned against God.

All sin is, first and foremost, against God. Yes, my sin often includes and affects others, but sin is the breaking of God’s law, God’s heart, and my fellowship with Him.

Sin is the breaking of God’s law. God did not say, “Thou shalt not” just to hear Himself talk. God’s laws are for our protection from our sinful nature.

Sin is the breaking of God’s heart. God knows what the consequences of our sin will be even before we act. He loves us too much to let us go on like that.

Sin is the breaking of my fellowship with God. God is holy and cannot tolerate sin. When I sin, I move away from God. Each time I sin and do not confess and repent, I move further away. Thank God for Holy Spirit conviction in the life of the believer that loving warns us and calls us to repentance.

The Bible says that “godly sorrow produces a repentance without regret” (2 Corinthians 7:10). That is where David was. There is a sorrow that does not go far enough. The Bible calls it the “sorrow of the world” that produces death.

“For the sorrow that is according to the will of God produces a repentance without regret, leading to salvation, but the sorrow of the world produces death.” 2 Corinthians 7:10

I remember as a child we had this cookie jar. It was always in a convenient place. It was always in view, even when not available. I remember one day asking my mom if I could have a cookie. She said, “Not now; you will ruin your dinner.” (I always wondered how a cookie could ruin dinner, but evidently it could). Well, when she left the kitchen I went to the cookie jar, lifted the lid, and was about to reach in to have my way when she returned to the room.

I was in trouble. She picked up a fly swatter. I knew my punishment was coming from an instrument used to kill flies. I began to plead, “I’m sorry!”

Now in reality I was sorry because I got caught. If she had not returned I would have retrieved that cookie, eaten it, and hoped I would not be found out. My sorrow was not godly sorrow, but worldly and fleshly sorrow.

Someone once wrote, “Sin soils the saint, saturates the mind, stings the conscience, saddens the heart, sickens the body, sours the Spirit and seals the lips. Sin is poison.”

Sin will blind, defile, deafen, disgrace, damage, and eventually if not confessed and repented of … doom.

What have you done with your sin? When convicted by the Holy Spirit do you justify, ignore or repent? Sin is real. Sin destroys. Sin separates.