The Four Most common Acts of Stupidity that Get Pastors Fired 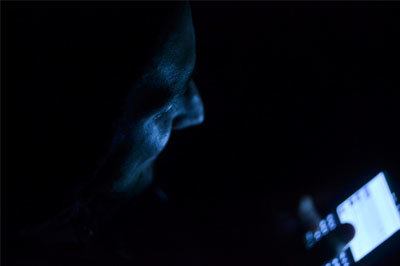 Those were three words I spoke to my three sons as they were growing up. And I would give them specific ways they could “do stupid.”

Why did I speak so bluntly to my three sons? Because I love them. Because I truly want what’s best for them. Because I want to give them clear and powerful warnings to keep them out of trouble.

Pastors and other church leaders: Please heed the words in this post. Please understand the counsel comes from a guy who’s been around a while, a guy who has seen stupid more times than I would ever want.

For some reason, some church leaders just don’t think they will get caught. Or they think the baby steps won’t lead to major steps toward a total fall. Please read these four acts of stupidity carefully and prayerfully. And ask God to protect you from falling in any one of these areas.

Flirting dangerously with sexual boundaries. By the time the physical sexual affair takes place, the pastor has already crossed several sexual boundaries. There is no such thing as a harmless flirtatious comment or text to someone of the opposite gender who is not your spouse. Pornography is not a lone act that hurts no one else. Ongoing counseling that hints of meeting each other’s needs is never good. Close work relationships can become too close. Don’t think it can’t happen to you.

Plagiarism. Don’t ever copy that first sermon. You might think you can get away with it, but it becomes a pattern. If you found cool sermons by Alistair Begg and Andy Stanley, so will those who are listening to you. If you discovered some incredible sermon sites with fully prepared messages, so will those in your congregation. I get messages on social media where members and staff share with me that their pastors are plagiarizing. They know. Don’t do it.

Social media madness. I am sorry, pastors, but social media is not a place for you to vent, to get into political battles, or to join a bandwagon of critics. There is simply no upside to such madness. Avoid sarcastic and bombastic comments. Don’t take on a church member on Twitter or Facebook. Don’t be the constant critic. And never, ever, ever make unsavory or sexual comments. And if you think it’s unfair that you can’t do what others do, get another job. The office of pastor, and other church leadership positions as well, demand you demonstrate total integrity. Somewhere I read you are to be above reproach.

Pastors and other church leaders: you have enough bullets being fired by critics and bullies. You certainly don’t need self-inflicted wounds. It will almost always get you in trouble.

And if it’s one of the big four above, it will probably get you fired.

This article was originally published at ThomRainer.com on Sept. 27. Thom S. Rainer serves as president and CEO of LifeWay Christian Resources. Among his greatest joys are his family: his wife Nellie Jo; three sons, Sam,  Art, and Jess; and ten grandchildren. Dr. Rainer can be found on Twitter @ThomRainer and at facebook.com/Thom.S.Rainer.