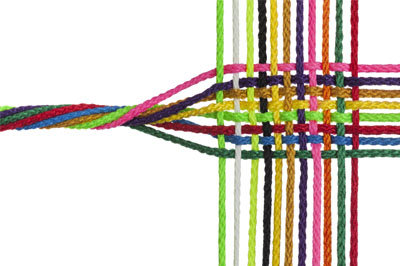 EDITOR’S NOTE: The following is the final installment in an ongoing discussion between Truett McConnell Vice President Brad Reynolds and Diana, TX pastor Marc Minter and their differing points of view of Russell Moore and the Ethics and Religious Liberty Commission. For Reynold's column also posted today, click here.

To my surprise, Brad Reynolds (professor and vice president of Academic Services at Truett-McConnell University) and I (a rural Texas pastor) have engaged in public discourse for nearly a month now. The exchange of ideas has likely been more interesting to some and less to others, but I have certainly benefitted from the interaction. In this, my third contribution to the discussion, I’d like to attempt a significant movement towards my own end-goal.

In his most recent article, Mr. Reynolds offered our exchange as a teaching tool for the interested reader. He believes, it seems, we have been exemplary. I am not entirely sure, however, if he thinks my example has been one to follow or one to avoid. At any rate, my hopeful posture is the same as his in regard to the benefit our exchange may provide other Southern Baptists.

Cutting to the chase, I want to argue that the disagreement we should be focusing on is not the one Mr. Reynolds seems intent on highlighting. Instead of continually bantering back and forth about our distinct perspectives on political engagement or community involvement, I believe the more important disagreement is over the real inclusion of a different voice in the Southern Baptist Convention (SBC) and its various entities.

First, Mr. Reynolds’ article that began this whole discussion insisted on the removal of Russell Moore from the ERLC. The basis of Dr. Moore’s removal, in the mind of Mr. Reynolds, is that he does not “represent us” (the “us” referring to the average member of the SBC). In my response, I argued that the “us” Mr. Reynolds tried to describe was a much broader group than he initially postulated.

I presented a perspective that I believe exemplifies a significant group of SBC members who agree with and are encouraged by many of Dr. Moore’s words and actions. The point of my response to Mr. Reynolds was not to argue against his views, but instead to argue that his views do not fully represent the SBC. He has but one perspective, and there are indeed others.

Second, Mr. Reynolds’ response to my initial contribution was a doubling down on his previously articulated perspective. It seemed to me that Mr. Reynolds felt as though I was mischaracterizing his position, and his chief purpose appeared to be further clarity. This is an admirable goal, no doubt, but it is not what I believe is the most important matter at hand.

I responded to his second article with another of my own. Unable to resist the urge to punch a couple of holes in what I believed to be an obfuscation of some major concerns, I engaged Mr. Reynolds’ views on political and social matters before I reaffirmed my basic desire for agreement on the deeper issue. I now regret the first half of my second article, not because I would pull away from the substance, but because the banter is beside (and a distraction from) the more important point.

Third, and finally, the more important point is our disagreement concerning the very existence of different views inside of the SBC. I say this is a good and necessary thing, Mr. Reynolds says something different. He asserts that Russel Moore should remove himself (or be removed) from the ERLC since he does not represent those in the SBC like Mr. Reynolds.

Mr. Reynolds says that he does allow for different views and he gladly welcomes such variant perspectives from his own among the SBC. However, he is simultaneously calling for the removal of an SBC leader who represents a different view. It appears that Mr. Reynolds does not understand that he is denying and affirming the same thing at the same time. I am no seminary professor, but that sounds like a contradiction to me.

Mr. Reynolds seems to demand that Dr. Moore represent a perspective he does not have, but a double-minded man is unstable in all his ways. This is a ridiculous expectation, and it is the primary reason for my entering this discussion in the first place. If Mr. Reynolds is only willing to allow a different voice in the SBC when it has no real influence or platform, then this is no real allowance.

Either Mr. Reynolds (and others like him) will abide the voice of those like me in the SBC (including when those voices are in leadership positions), or he (and they) will not. If there is a willingness to coalesce around more important things (such as the Gospel and several Southern Baptist distinctives), then we shall see great days ahead. If there is only the desire for an echo-chamber regarding a full range of practical issues, then the SBC will continue to slowly drift into irrelevance and obscurity.

Once again, my hope and prayer is for genuine unity among the SBC.

May God grant us the kind of lasting unity that is strong enough to allow disagreement on lesser things.

Previous posts in this conversation by March Minter

April 18, Barny B: unveiled and hopeful