The kids are back ... and now we wait 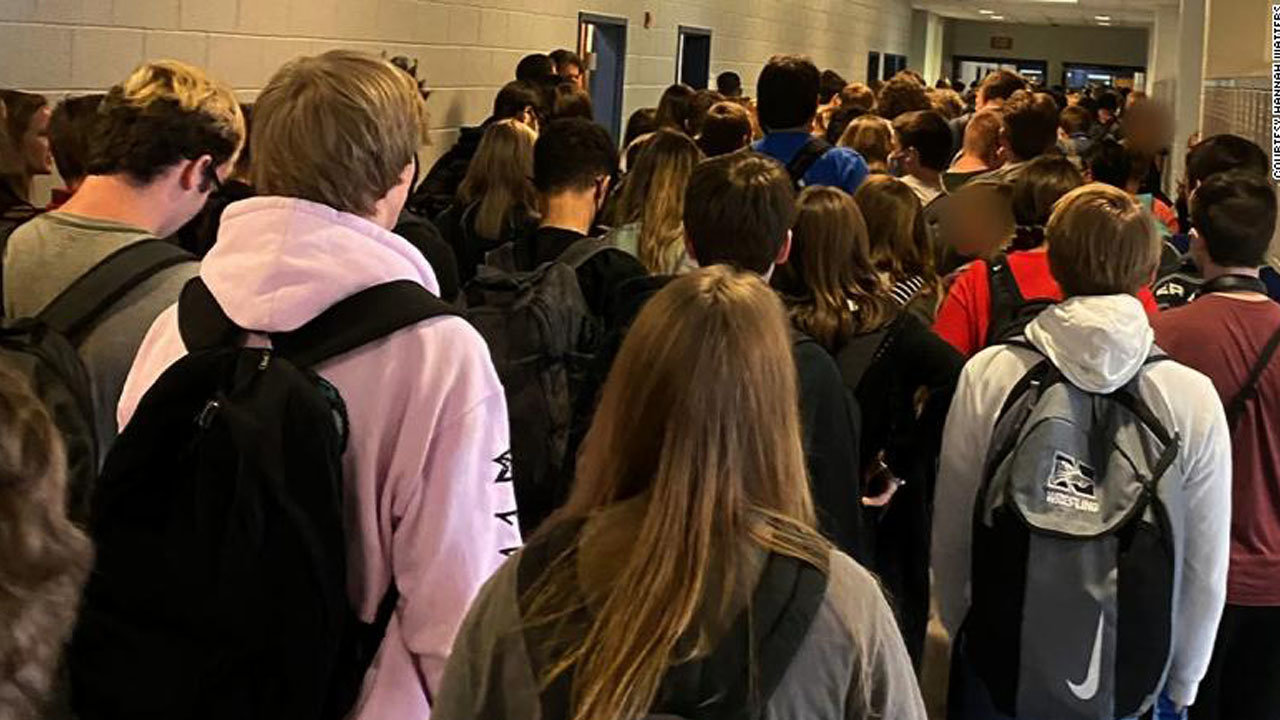 This photo shared on social media of a crowded hallway at North Paulding High School generated discussion over schools' starting back.

Churches regathering in person has sparked a lot of debate recently. The same discussion over schools reassembling has been just as heated.  That debate found another gear this week as many Georgia school systems went into session.

I'm not going to criticize those districts, as their leaders face the impossible task of pleasing everyone. My wife teaches in the Cartersville City System, which has delayed its start by two weeks. At that point it will begin with a choice for parents between in-person instruction or distance learning. Those choosing to be on campus will do so through a hybrid model. Half of the students are there two days out of the week; the other half takes the other two days. On the fifth day, everyone will use distance learning. All of that will be reassessed after Labor Day.

A church's calendar typically mirrors that of its local school system. The two are connected, as many pastors will tell you. Children and student ministries are vital to the church. And as long as neither are available for in-person gatherings, many families are going to keep their distance.

"We're all frustrated by it," one pastor told me. "There's a sense of losing your people the longer you go without seeing them [in person]. I'm totally done with Zoom and want us to get back together."

But that same pastor said this comes at a time when your response to COVID-19 places you in opposite worlds among church members. Taking precautions gets you called naive and fooled by the lamestream media. Not doing so makes you heartless and willing to play with people's lives.

And senior adults, I love you, but you may be the hardest group to read on this. You seem to fall into the extremes of either one of those perspectives. For your pastor, navigating that road must feel like driving a dump truck through a nitroglycerine plant.

Georgia schools' reopening has brought its share of critics. I won't bother with hyperlinking any particular article. Just Google "Georgia schools open covid" and you'll get plenty from around the country. Opinions on the way to go about it – in-person vs distance learning, delaying the start date or not, masks or no masks – are plentiful, only to be exceeded by criticism. Every course of action has its naysayers. Every. Last. One.

I've talked with many pastors the past few months, both over the phone and in-person, on this entire regathering process. For those I haven't spoken with, I want to pass along something.

No one feels they hold The Answer for doing church during this time. I haven't spoken with a single guy wondering what the fuss is about because all of his people are in agreement and the church's numbers have never been better. It's possible those pastors are out there, and I just haven't heard from them. But for the positive things I am hearing – diligent attendance both online and in-person, financial giving remaining steady or even increasing – those pastors are, appropriately, giving the credit to God and not anything they've done personally.

But there is still this issue of relationships. People know those can only go so far through a screen. The gospel focuses on a relationship between man and God through His son, Jesus. Those relationships and growing in Him are exemplified through the disciples and others in Scripture. One pastor after another has told me his greatest need is wellness and paying attention to his mental and emotional health, in particular. This goes back to my friend's concern that churches are "losing" their people because they're not actually seeing them in-person.

If there's anything we learn from others when in close contact, it's that they're not perfect. Many go the fake-it-til-you-make-it route, meaning they have some idea of what they're doing, but their confidence isn't at a level you think. Personal example:  I landed a job as a computer lab assistant in college despite knowing very little about computers. If someone had an issue, I learned to click around the screen a bit before giving up and blaming it on "the server" (wasn't sure what that meant, just heard about it) that was in another building on the other side of campus.

When pastors get together and talk (from what I understand), they tend to "over-bless" their numbers at church and cooperative spirit within the congregation (again, from what I understand). The last few months appear to have greatly tempered that. Yes, some churches are struggling more than others and, yes, to a degree seemingly all pastors are struggling with exhaustion. But, no one is escaping this time in the Church's history. Everyone is figuring it out as we go.

Speaking of figuring it out, the kids are going back to school. They're piled into their rooms, some wearing masks but most not. In a couple of weeks, we may have a better idea on where that choice falls on the list of less-than-deal options before us.

But then again, we might not. Positive COVID-19 case numbers will continue to spark arguments. Communities will debate what that means for them. Churches will decide their best paths forward in ministry and regathering according to their contexts. The only thing of which I feel certain is that opinions will swell and second-guessing will be rampant.

You know what? I take that back, pastors. There's another thing I'm sure of. You're sweating decisions to be made. You're wanting your people to be safe yet losing sleep over how to go about doing that in a way that brings honor to God. Know this ...

Leonard scores 32, Clippers beat Hawks for 5th straight win
ATLANTA (AP) — Kawhi Leonard scored 32 points, including a season-high five 3-pointers, Paul George added 23 points and the Los Angeles Clippers won their fifth straight game, a 120-113 victory over the Atlanta Hawks on Saturday night. “We limited them to 25% from 3 tonight, under 50% from the field, I think that’s big-time for us right now on defense," Leonard said. “That was one of the things that got us in a slump. We shot the ball well tonight."
McCreary scores 26 off the bench, Mercer tops Citadel 74-65
CHARLESTON, S.C. (AP) — Jalyn McCreary's 26 points off of the bench helped lead Mercer to a 74-65 victory over Citadel on Saturday. McCreary had 12 rebounds for the Bears (11-12, 4-6 Southern Conference). Jah Quinones scored 13 points and Luis Hurtado had 10 points. 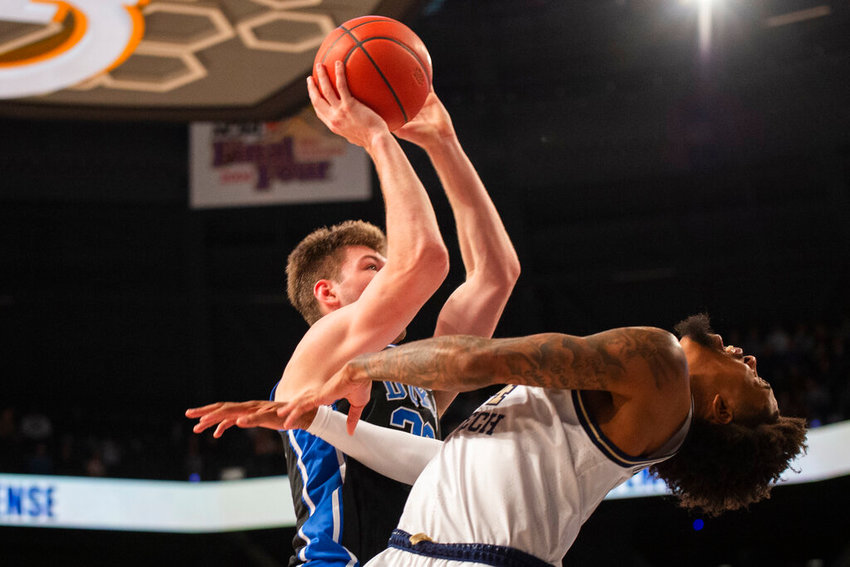