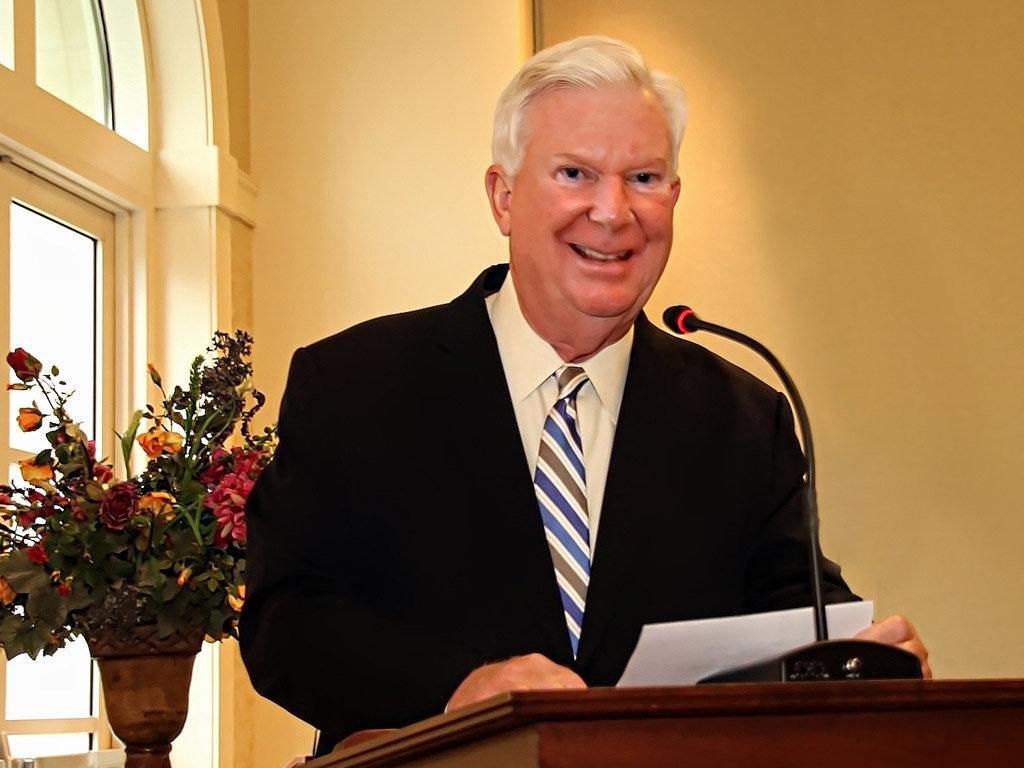 We just completed a wonderful day at the Georgia State Capitol. The day began very early as we hosted the annual Georgia Baptist Legislative Prayer Breakfast at the Sloppy Floyd Building across from the Capitol. There were around 50 who joined us for a delightful time of fellowship, a delicious breakfast, and a challenging message by Jeff Gongwer, senior pastor at Mount Zion Baptist Church in Snellville. The purpose of the breakfast, which is absent political rhetoric, is to pray for our legislators and state government leaders. Every year, I leave our time together saying, “Georgia has some of the greatest and most godly leadership in the entire country.” Contributing greatly to our time of worship together was the music leadership of Jon Duncan and David Carnes at the piano. At the conclusion of the breakfast, we crossed the street to the Capitol Building to engage in the first annual pastors’ informational meeting. I was so pleased that we had over one hundred Georgia Baptist pastors, associational missionaries, and state staff who joined us for an amazing day of information and inspiration. Our Georgia Baptist Public Affairs Representative, Mike Griffin, organized this amazing event and led us through a remarkable day of education regarding the processes involved in advancing legislation through the system. At 11:30, a press conference was convened for the purpose of rallying support for the Religious Freedom Restoration Act. This is a bill sponsored in the House by Representative Sam Teasley and in the Senate by Senator Josh McKoon with Senator William Ligon also lending his support. This bill mirrors the Religious Freedom Restoration Act (RFRA) passed by Congress in 1993 and signed into law by President Bill Clinton. In 1997, it was clarified that this federal law would apply in federal cases, but not in state cases. At that time the states began to bring forward Religious Freedom Restoration Acts of their own. To date there are 31 states that have approved Religious Freedom Restoration legislation. In fact, every state bordering Georgia has already approved this legislation. Sadly, Georgia has been slow to approve this much-needed legislation. It was introduced last year, but was not successful. Some Georgia corporations came out against the legislation including Delta Airlines, Home Depot, and Coke. “Why in the world would these corporations lobby against such a bill?” I know it is hard to imagine how anyone in a nation founded upon religious freedom could oppose such legislation. The answer – the lesbian, gay, bisexual, transgender community lobbied against the passage of the legislation by promoting the fallacy that the law would be used to discriminate against the LGBT community. There has never been one shred of evidence that such discrimination would occur. In fact, among the 31 states that have already approved this legislation, there is not one incident of discrimination that has taken place. Have you noticed that Christianity is under attack in our country? Those who have used the straw man argument that discrimination will be the outcome of this legislation are making all manner of wild claims to promote their anti-Christian perspective and it is time for Georgia citizens to put a stop to the foolishness and approve the Religious Liberty Restoration Act currently before our lawmakers. I ask that you contact your representative and senator from your district and insist that they throw their support behind the passage of this bill. Every legislator I have ever talked with has made it clear that they respond to the guidance and opinions of their constituency. The problem we are seeing in this country is not discrimination against homosexuals. Quite the contrary, our problem is discrimination against Christians and it needs to stop. This Religious Freedom Restoration Legislation will go a long way toward doing that in Georgia. Please help us get this bill passed. We are failing our children and grandchildren if we fail to stand up for the free exercise of our faith that is guaranteed by our Constitution, but under serious attack. Every Christian is to be salt and light, preserving the culture and dispelling the darkness through the Gospel of Jesus Christ. Will you help us? Please call, write or visit your legislator today and ask that they push through the Religious Freedom Restoration Act. Thank you for your help.