The politically illiterate and why we need to be involved 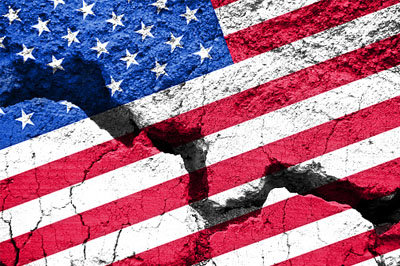 I believe that the citizens of America, and Georgia in particular, want to have an orderly and civil society based on Biblical morality and integrity. In order for that to happen we must be aware of the political landscape, know our political leaders, and be conversant with all pending legislation. And thus being aware, we must be engaged.

I know some say, “I’m not really interested in politics” or “There’s really nothing I can do to change the political process.” Others contend, “I’m not a political person; I just prefer to focus on my family.” Yet others say, “The government is so corrupt. I need to be engaged in something where I have a chance to make a difference.”

Fredrick Douglas, the African-American social reformer, abolitionist, orator, and statesman, in his memoir tells us that slavery was sustained by keeping the slaves illiterate, because literacy would confer upon them a sense of pride and self-sufficiency. Consequently, if they read the Bible or Declaration of Independence they would learn that “all men were created equal” and seek freedom from enslavement.

According to a white paper called, “Totalitarianism I – The Rise of Communism in Russia,” communism flourished in Russia after WWI not because the people were illiterate, but because the government controlled all education. Lenin worked to limit the power and influence of the church. He adopted policies to destroy the traditional family. Children were encouraged to inform on their parents if they said anything critical of the government.

The schools were made to be not forums for the free exchange of ideas, but institutions to indoctrinate students in Marxist ideology. There was no more history taught in the schools. History was replaced by Marxist sociology. So, while the people were not technically illiterate, they were ignorant of their history and the way their government was operating.

The author writes, “Hitler’s motives always seemed to be hidden behind some sort of scheme that helped him advance his Nazi force. If anyone did have any opposition, they surely wouldn’t have spoken up in fear of creating conflict with the force of Nazis. And so everyone stayed quiet. This conscious ignorance continued to enable Hitler to keep advancing his forces, and ultimately caused more harm to the nation than anyone could have predicted.”

(Please note that I am not comparing our public servants to the communist regime in Russia or the Nazi rule in Germany, but emphasizing the indifference and ignorance of the people who idly and quietly sat by and allowed such ruthless rulers to gain control of their country). This is a call for Georgia Baptists to wake up and hold our politicians accountable.

Sometimes political illiteracy or ignorance leads us to a blind acceptance of political correctness or worse.

George MacDonald Fraser, Scottish author, said, “The two pillars of political correctness are a willful ignorance and a steadfast refusal to face the truth.”

However, if God’s people are ill-informed and indifferent about the political process and the issues involved, we leave the decisions to those who do not have a Biblical worldview and those who may be diametrically opposed to our values.

If you have ever watched “Watters’ World” on Fox News you are aware of the kind of questions Jesse Watters typically asks college students about politics and history. Students from some of the most prestigious universities in the nation have demonstrated an abysmal ignorance when asked some of the most elementary questions.

For example, there was a student who did not know how many senators there are in the United States Congress. One student had no idea who was the vice president of the United States for eight years under the Obama administration. Another student did not know that President Obama was not running for a third term.

Furthermore, there are certain Hollywood celebrities who attempt to speak with authority on political issues who have, in fact, demonstrated a political illiteracy that is proof positive The Academy of Motion Picture Arts and Sciences is not the intellectual equivalent of Mensa International and, in fact, may be the exact opposite.

If there is anything worse than a citizen who is politically illiterate, it is a politically illiterate citizen who is an activist. For example, Madonna, the “material girl,” demonstrated an ignorance of both the Bible and the law of the land when she said at the Women’s March on the day after the election: “I have thought an awful lot about blowing up the White House, but I know that this won’t change anything.”

The televised Screen Actors Guild Awards, the 2016 Academy Awards, and the Golden Globe Awards were all accented with political statements from Hollywood celebrities.

I do like what Mark Walberg, star of Patriots Day, said recently to Breitbart News. He commented, “A lot of Hollywood is living in a bubble. They’re pretty much out of touch with the common person, the everyday guy out there providing for his family.”

Get involved! Contact Governor Nathan Deal (494-657-7332), Lt. Governor Casey Cagle (404-656-5030) and Speaker David Ralston (404-656-5020). Contact your representative here and senator here. Urge them to stand for religious liberty and oppose any gambling legislation or liberalization of marijuana laws in this year’s legislative session.