Those who don't give up 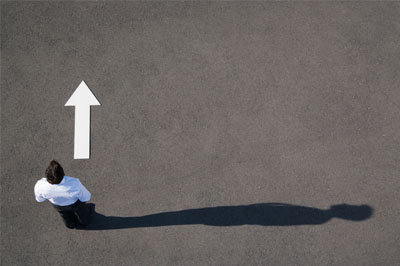 WAKE FOREST, NC (BP) — Despite the joys of living for Christ, sometimes it can be so hard that we're tempted to wonder if it's worth the sacrifice.

It is, of course, worth every moment of being in Christ's care, but difficulties sometimes cloud that truth. Based on my years of studying spiritual warfare, here are characteristics of believers who don't give up in the battle:

1. They're solidly connected to a local church. That is, they don't just attend a church; they participate in it. They're involved in a small group and they serve in some capacity. They're living for something other than themselves.

2. They have a devotional life, even if it's not perfect. They might be struggling with consistency but they're working at it. They make time to read the Bible and pray.

3. They have somebody to walk with them. They don't fight the battle alone because they have a Christian brother or sister who stands with them. They share their burdens and their struggles – which always lightens the load.

4. They choose to believe what the Bible says. Even when they may not "feel" like it's true, they make the choice to trust Bible truths like "I will not leave you or forsake you" (Hebrews 13:5) and "greater is he that is in me than he that is in the world" (1 John 4:4).

5. They rehearse God's care in the past. It's easy to forget yesterday's blessings, but those who don't give up fight hard to avoid that error. They continually remind themselves, "God has never let me down in the past. He won't now, either."

6. They trust that when they are weak, God is their strength (2 Corinthians 12:10). They may not like the battle but they learn from the apostle Paul's prior experience in finding strength amidst hardship. Weakness doesn't bother them, for they know God's power is most evident when they are weakest.

8. They cry out to God. There's no pretense in their praying. They sugarcoat none of their words and they follow no formula in their prayers. They know God's big enough to handle their questions and their pain.

The battles we face are real, and the powers and principalities who war against us do not surrender easily. As believers, though, we have no reason to give up. We're already on the winning side.