Three generations: A missionary’s reflection on his family’s legacy 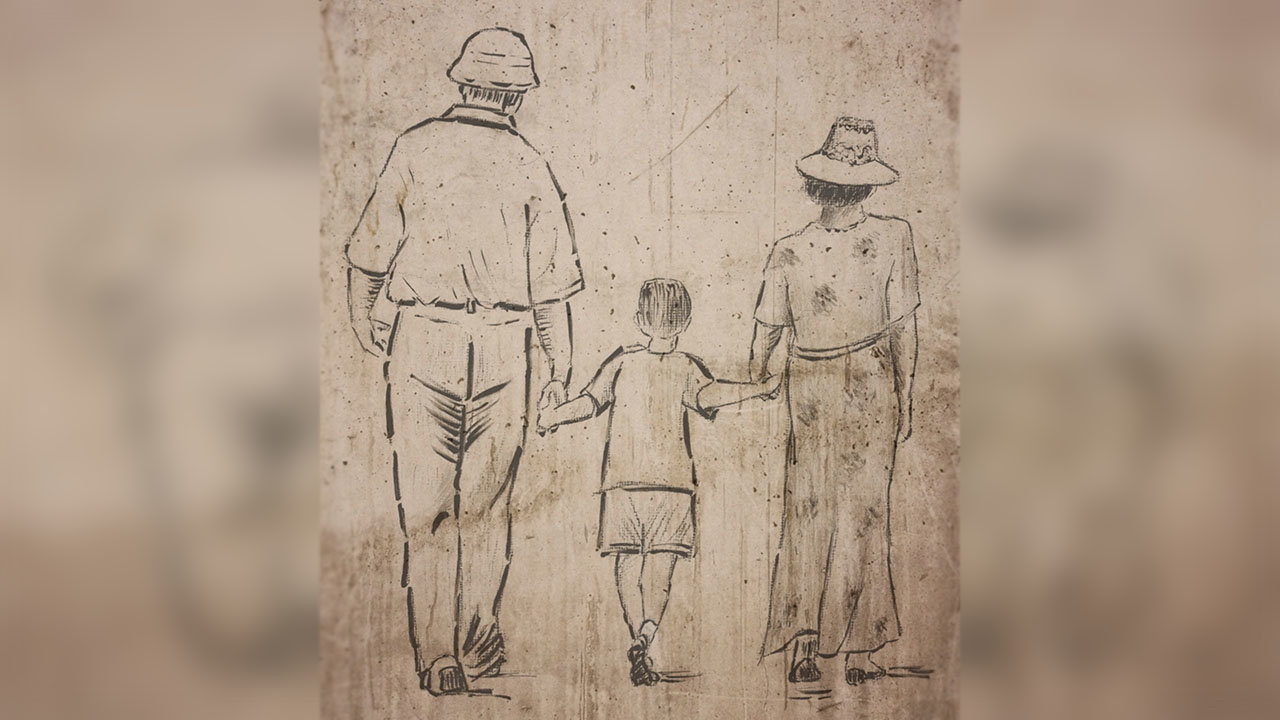 It was a characteristically cold, damp English winter day. A monochrome grey sky seeped unrelating rain, the weather mirroring my somber mood. I was standing in front of a gravestone in a place unknown to all but a few in England.

I wouldn’t have found my way back here without the help of Google Maps to track down the exact location of this overflow graveyard at the edge of the village that was once a childhood home of mine. It’s in a village located almost as far from the ocean as it’s possible to be in England. A village where I sang in the choir of the church just down the hill from where I now stood. The grey stone church where my grandfather preached every Sunday morning, intoning the liturgy in a low, somber voice. The church where, almost 30 years ago, we would wish him farewell one last time, before committing his body to the agricultural soil where I now stood. On that day, as the day I visited, the rain was a brooding presence.

The elegant carved lettering on the grey granite gravestone tells my grandfather’s life story in a concise 15 words, with an additional 10 dedicated to my grandmother. Somehow this understatement suits their lifelong modesty and humility, always seeking the best for others ahead of themselves. 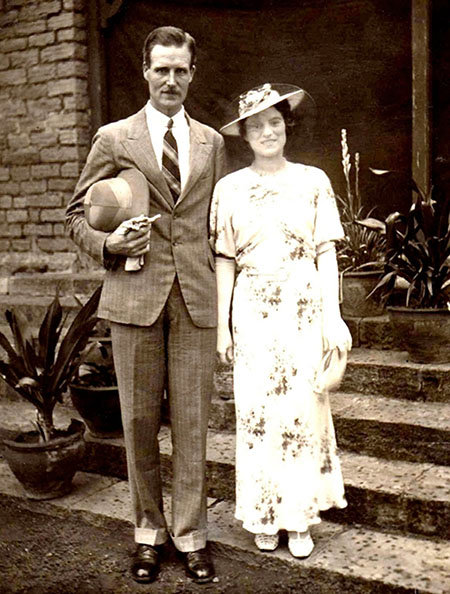 Hugh Johnson’s grandfather and grandmother on their honeymoon in India, where they began their mission service. IMB/Special

Their love of others and a desire to honor God took my grandfather as a missionary on a slow boat to India, to teach in a small rural school. This same love took my grandmother to India some years later to be joined in marriage to my grandfather by the Bishop of Bombay. This same love was demonstrated so convincingly to my mother growing up that she, too, was drawn, many years later at my father’s side, to the mission fields of Asia, sailing the same ocean waters her parents sailed.

Having spent that same ocean passage as an as-yet unborn passenger and the following 16 years as a “missionary kid,” perhaps it seems inevitable that I would find a similar calling to overseas missions as an adult. However, mine would be a circuitous journey from England to Asia by way of the software industry in the U.S., and a small suburban Southern Baptist church outside Seattle that poured into my wife and me with their love for God and for us. In this church, my faith truly became my own and I relearned the joys of overseas service during mission trips. This church commissioned us into service with the IMB, 16 years ago, to the Asian country of my childhood – a place whose language re-emerged from distant memory and whose foods I still savor.

As our faith walk continued my wife and I, with our two grown children, found ourselves completing our circumnavigation of the globe, to an assignment back in Europe, an easy journey back to my family roots. Back to the place I called home during those two childhood furloughs living with my grandparents in the beautiful middle of nowhere. Here. 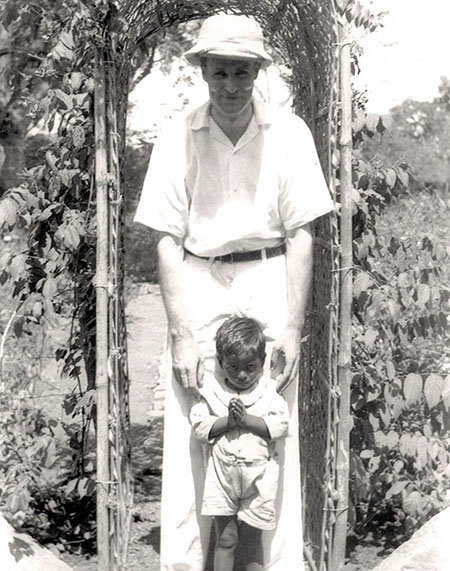 Hugh Johnson’s grandfather poses with a schoolboy in India. IMB/Special

I’ve come full circle. Thirty years ago, I stood on this spot to celebrate and grieve the end of my grandfather’s life. When I visited his grave this past winter in the insistent but somehow gentle rain, another of life’s many chapters was coming to an end. My mom, herself an accomplished medical and psychiatric doctor, had received from her professional colleagues the results of the many tests, examinations, scans and medical procedures confirming quite unequivocally that it will soon be her own turn to join her father and mother in eternity.

My mom recently wrote, “The knowledge that my life expectancy is now limited by cancer has focused my thoughts on death more than usual.” She quoted Sam Wells, vicar of St Martin in the Fields church, and one of her favorite Christian commentators, who says “It’s not finally about where you’re coming from – it’s about where you’re going. We’re going to heaven – where there is more than enough love for all, more than enough joy, more than enough truth, more than enough space for everyone to flourish. Stop saying ‘Life isn’t a rehearsal’ – because, actually, it is – or ‘Life’s too short,’ because the life that really matters goes on forever.”

Reading my mother’s words, I realize that my own circle has yet to be completed, and won’t be until I follow my grandparents, and soon my mother, to the only place that will ever truly be home. May I strive to live every day until then as though it’s my last. To live urgently and passionately for Christ – for I am already a citizen of heaven.

Hugh Johnson is a missionary writer and photographer for IMB.