Tiny babies, including one in Georgia, fuel pro-life sentiments around the world 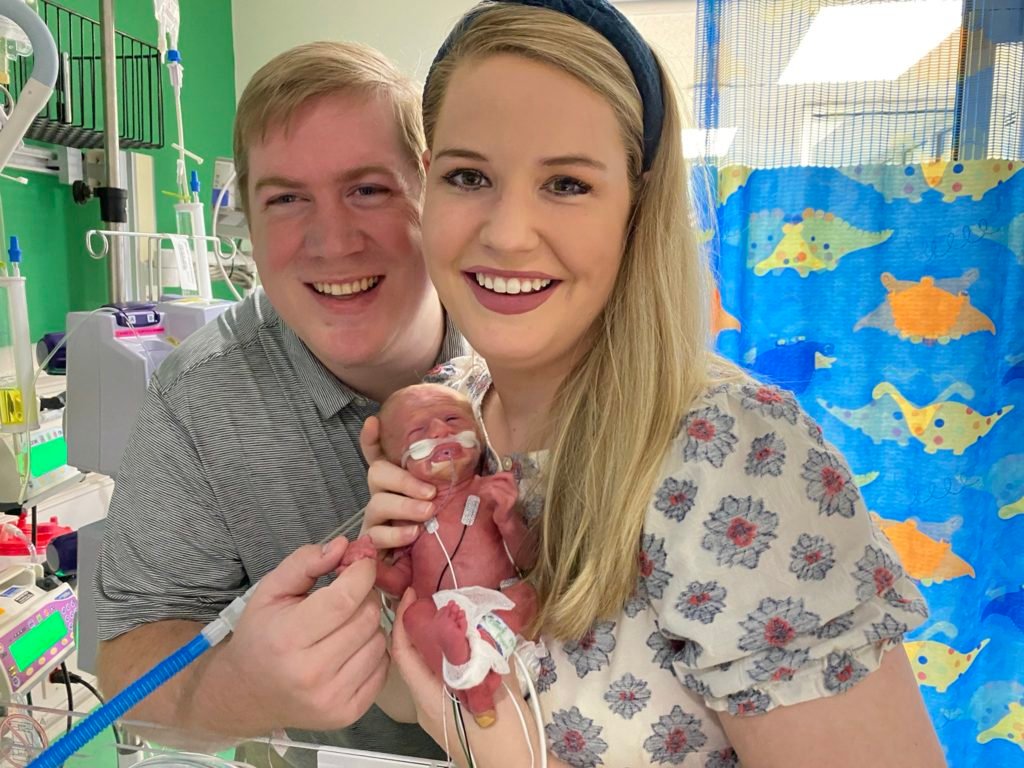 One such event involved a baby girl in Singapore, thought to be the world’s smallest known baby at birth, who was released from the hospital after staying there 13 months.

Kwek Yu Xuan was born in June 2020 by emergency C-section at only 25 weeks, according to a CNN report. She weighed just over 7 ounces, around the weight of an apple, and measured 9.4 inches long.

Despite what doctors said was a “limited,” chance of survival, Knek Yu Xuan (who now reportedly weighs 14 pounds) was recently discharged from the hospital after staying there under intensive care for 13 months.

Another encouraging update comes from a fictional baby named Olivia

Pro-life advocacy group Live Action released a video depicting a child’s growth from fertilization up until delivery. The video is billed as “the world’s most realistic and medically accurate animated representation of a child developing in her mother’s womb.”

Elizabeth Graham, vice president of operations and life initiatives for the Ethics & Religious Liberty Commission, told Baptist Press that these events offer Southern Baptists an opportunity to celebrate pro-life updates, as well as a reminder of the importance of fighting for the unborn.

“As pro-life Christians, we should never cease to be in awe of how God works even in preborn lives,” Graham said.

“These recent events should serve as reminders that our work advocating for our culture to recognize the inherent dignity of our tiniest neighbors is both just and God-honoring. We must continue pointing to any development, whether it is a baby going home or a technological marvel, as evidence of the worth and beauty of every life.”

For pastor Griffin Gulledge, a pro-life stance became personal after the birth of his daughter Rosemary.

Gulledge is the pastor of Madison Baptist Church in Madison, Ga. He and his wife Rachel had just returned from the SBC Annual Meeting in Nashville when she began to experience worrisome symptoms, which prompted a visit to the ER.

The couple found out Rachel was suffering from severe pre-eclampsia, a condition related to high blood pressure in pregnant women. Pre-eclampsia can be dangerous for both the mother and child, and was the same condition that prompted Kwek Yu Xuan’s mother to deliver early.

The doctors advised the couple to deliver the baby within the next 48 hours. Rachel was 30 weeks pregnant at the time.

Rosemary was born via C-section on June 20, which was Father’s Day. She weighed 2 pounds 12 ounces, and Gulledge described that he could have held her in his hand.

Rosemary would stay in the neonatal intensive care unit (NICU) for the next several weeks. Gulledge said their faith was strengthened as they were “utterly dependent on God,” for their situation.

“We immediately entered into this world that we didn’t know about. … The most painful part is that every night you go home and you say goodnight to your baby and then you leave them there,” Gulledge said. “That is an incredibly difficult thing to do every single night.

“The whole experience of having a baby in the NICU is an exercise in trusting God, because you have to trust that when you’re at home, He is with your child in the NICU. And when you’re there and you can’t help her, He can help her. What Rosemary needed was something only God can provide, which is just to grow.”

Gulledge believes holding to the pro-life ethic is one thing, but seeing God work to create and sustain life in his own life was an entirely different experience.

“I think it helped by reaffirming and reinforcing some of the things that we already believed but now we’ve gotten to see it for ourselves,” Gulledge said. “There are very few situations now where a baby’s life cannot just be saved but also see them fully developed and healed and flourish, and that changes the entire conversation.

“As the science community is advancing this abortion ideology, they are simultaneously making advances in medical sciences that have reduced the minimum numbers of weeks that a child has to be in gestation to live. …

Rosemary was discharged to the Gulledges in early August, and Griffin said the experience helped their faith as well as helped them know what to say to couples struggling in similar situations.