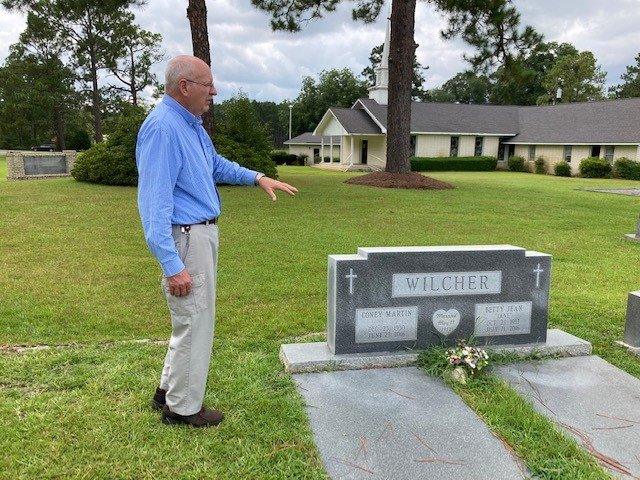 GLENWOOD, Ga. – Gary Jenkins once had what he described as an all-expenses-paid vacation to Vietnam, courtesy of his Uncle Sam.

The experience of the Army veteran and deacon at Stuckey Baptist Church is about as close as anyone from his congregation has ever come to international missions. Yet, the rural church with fewer than 30 people in attendance on Sunday mornings is one of the state’s most generous in terms of percentage of giving to state, national and global missions.

For every $100 that goes into the southeast Georgia church’s offering plates, $25 to $30 goes to the Cooperative Program to fund work outside the tiny town of Glenwood, population 487.

Although no one from the church has ever gone on a short-term mission trip, the congregation has given more than $500,000 through the Cooperative Program over the past 50 years and an additional $350,000 through special offerings to support state, national and international missions.

“That’s just what we do,” said Jenkins, one of three deacons at Stuckey. “People from past generations set the course for this church to support of missions, so, you might say we’re just maintaining that.”

Jenkins points to the cemetery on the church grounds as why one of the state’s smallest congregations is one of the biggest givers. He walks among headstones engraved with the names of men and women from past generations who accepted the biblical command to take the gospel to the uttermost parts of the world. He offers a brief bio as he goes.

A few steps farther is the grave of Martin Wilcher, a beloved deacon. People still talk about his passion for getting the gospel to the nations. Wilcher is the one who pressed the church to raise its Cooperative Program giving by 1 percent a year until it reached 25 percent and beyond.

“He was in charge of our special offerings, too,” Jenkins said. “He always set a goal, and he scolded us when we didn’t reach the goal.”

Billy Griffin, one of the other deacons, said, if the church came up short of the goal, Wilcher covered the shortfall himself, but, in his humility, he would have never said so.

Jenkins said church members take great satisfaction in the success of International Mission Board missionaries in reaching the lost around the world, because they know they have a hand in covering the airfare that got them to far-away lands. They’ve had a part in paying for the language school that allows them to effectively share the good news. They’ve helped cover the cost of their food and housing, of medical care, of Bibles and Bible study materials, of everything missionaries need to reach the countries where they serve.

Stuckey Baptist Church reported no baptisms over the past year, unless they were to count those of the missionaries they support.

Last year, their international missionaries and their partners on the ground reached more than 144,000 new believers in countries around the world. 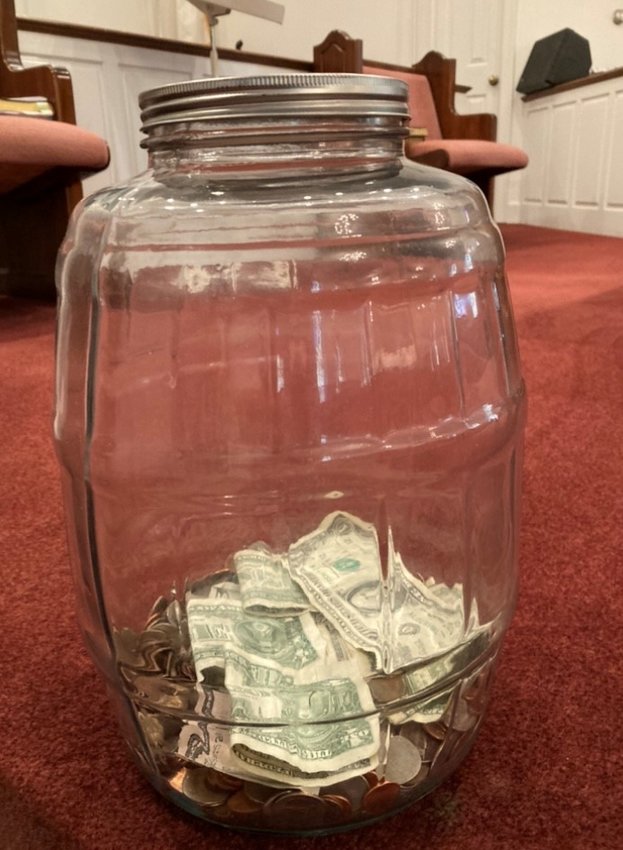 Children at Stuckey Baptist Church have an opportunity to help with the cost of getting the gospel to the nations by dropping money into the missions jar.

A statistical report released earlier this summer shows those missionaries shared the gospel with nearly 770,000 people in countries around the world over the past year.

To ensure that continues, people at Stuckey are passing the missions heritage to the next generation, beginning with the youngest of children.

Every Sunday, they bring their mission offering to church and excitedly drop it into a five-gallon jar beside the pulpit when it’s time for Heather Posey’s children’s sermon. Sometimes, it’s a few coins that fall to the bottom with a jingle, sometimes it’s dollar bills.

When the jar is full, the money is counted and used for mission projects, including recently purchasing a milk cow for a third-world family.

“The kids get excited about that,” Griffin said. “And the rest of us do, too.”