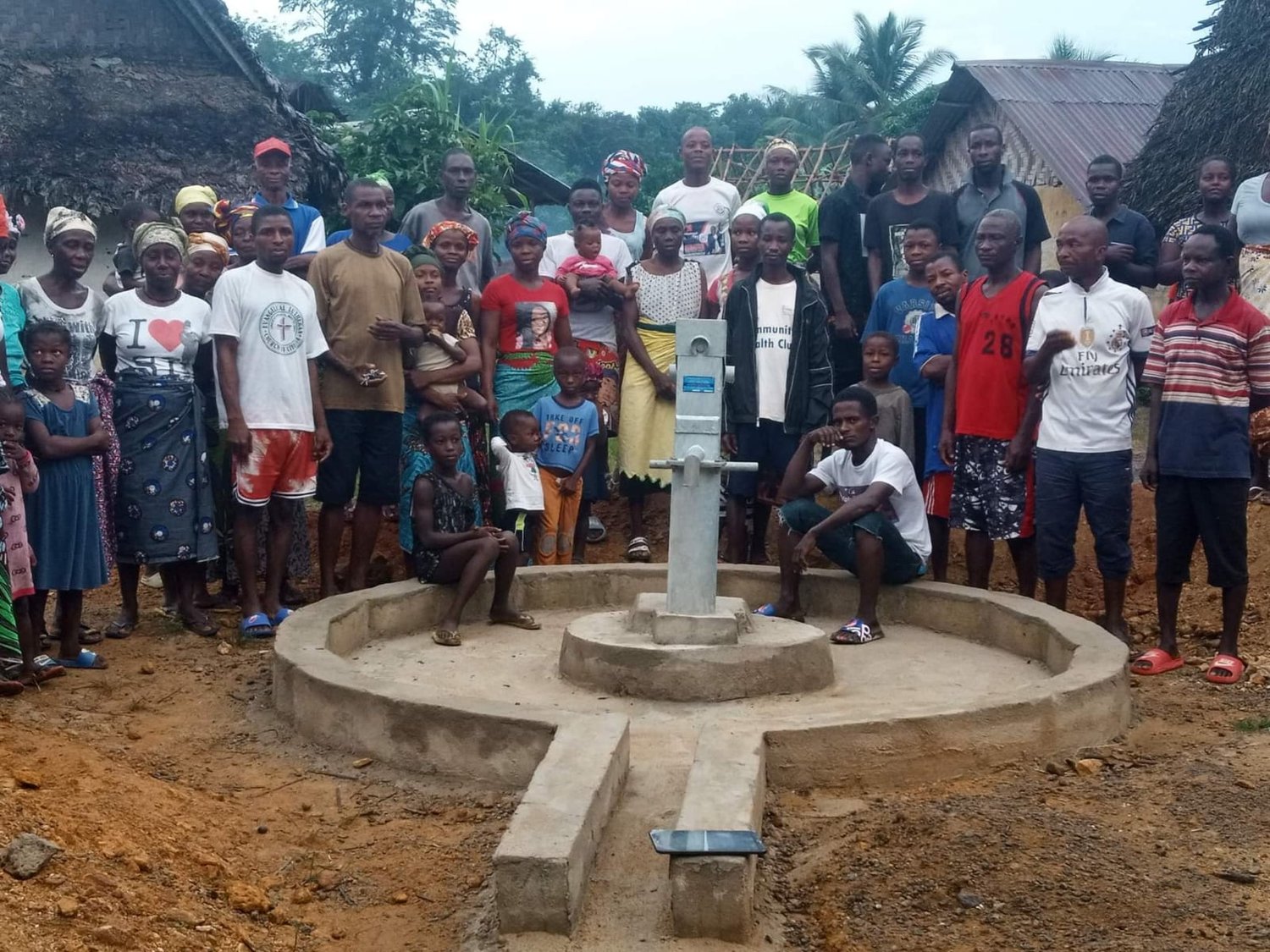 BENSALEM, Pa. – More than 5,000 people have come to know Christ in rural villages in Liberia over the past four years thanks to a ministry led by Truett-McConnell University alumnus Henry Peabody.

As a teenager, Peabody, a native of Liberia, had to flee the African country because of civil war and eventually, after a years-long stay in Ghana as a refugee, ended up in the United States.

“The Lord saved me from the civil war, saved me from the refugee camp, so I want to serve Him, to do what He wants me to do,” Peabody said. “That's why I go back to Liberia two to three times a year. I minister in the villages, help plant churches, and help the villages to get clean drinking water.”

In the past four years, Peabody said, Mission Outreach International has drilled wells to serve some 20,000 people in 35 villages. The organization has also planted 10 churches and built two schools.

“I always wanted to give back, to do something for Liberia,” Peabody said. “Going back to help was my burden, my passion.”

Having spent his childhood in Liberia, Peabody knew first-hand the need for safe drinking water there, and that’s why he feels compelled to do something about it.

“These are people who, after we put in wells, have fresh water for the first time in their lives,” he said. “That water opens the door for the gospel.”

After years in a refugee camp, Peabody met Georgia Pastor Michael Helms who heard his story and helped him get into Truett-McConnell, which, at the time, was a two-year college. He went from Truett-McConnell to Mercer University where he received his undergraduate degree. From there, he went to Wilmington University, earning a master’s degree in human service administration.

For a decade, Peabody served as a bi-vocational Southern Baptist pastor in Trenton, N.J. while working as an investigator for the state of New Jersey looking into cases of child abuse and neglect.

The Liberian ministry is in addition to his duties for the state of New Jersey.

“We’re not just a charity group,” he said. “We go into these places to share the gospel. These people are drinking from streams that are very unsafe. They often suffer from waterborne illnesses. By drilling wells and providing safe drinking water, we are able to minister and pray for them. They are very receptive to the gospel.”