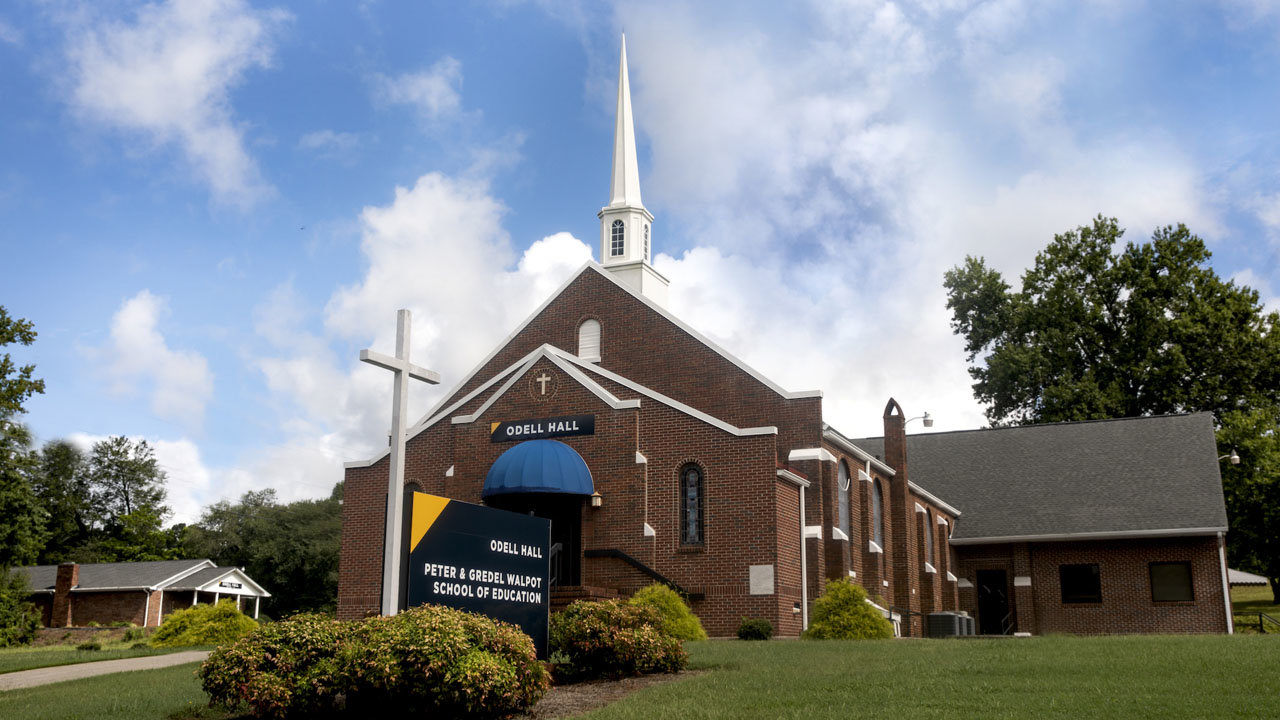 Odell Hall, located adjacent to the TMU main campus, will serve as the home for the Peter and Gredel Walpot School of Education. TMU/Special
Posted Thursday, September 19, 2019 3:44 pm
Scott Barkley

Odell Hall, located adjacent to the TMU main campus, will serve as the home for the Peter and Gredel Walpot School of Education. TMU/Special

CLEVELAND — With the new fall semester underway, students and visitors have enjoyed campus improvements made over the summer. Before the semester began, Truett McConnell University President Emir Caner and Director of Facilities Management Justin Coalley announced the following additions as well as plans for the coming year.

In Garrison and Sewell Halls, both male dorms, shower tiles were replaced in the bathrooms and each lobby renovated with new flooring and furniture. An as-yet-unnamed dorm received a new paint job and new furniture. It will receive its name in the coming months.

New home for the School of Education, road improvements

The Peter and Gredel Walpot School of Education moved from Brown Hall to Odell Hall, which is adjacent to main campus. The new home of the School of Education houses five newly-renovated offices with a reception area, conference room, study room, and classrooms in the Odell Hall–Dixon Drive location.

Several road renovations have also taken shape, including pavement repair in the Twin Springs parking lot, seal coating on several campus roads, and the addition of crosswalks on many parts of the campus.

One major overhaul this summer included a refinished gym floor in the original gymnasium, also known as the Bear Cave. The new flooring gives TMU’s volleyball program its own independent arena as the sport prepares for the addition of men’s volleyball beginning next season.

A $92,000 mountain biking course accompanies TMU’s 17th and most recent sport offered – cycling. Already the course has been categorized as one of the top ten in the state of Georgia. Joshua Muzyka, Truett McConnell’s Mountain Biking recruiting coordinator, will soon provide more information on the projected opening date of the trail along with designated access times for students, faculty, staff, and members of the public.

During fall orientation, Caner announced efforts made for the construction of a potential lake to be developed behind main campus on part of the 130 acres of undeveloped campus land. The undeveloped land recently underwent a wetland survey to determine the next steps in this beautification process.

All funds for the first cabin of the Danny E. Watters Village project have been raised to begin the next steps in the construction process. The Danny E. Watters project, named in his honor, will provide a quiet, restful place where those in ministry can come to be alone with God and their families.

Caner shared positive remarks in regard to the efforts made for each of these additions, improvements, and in-kind donations.

“We are looking forward to many more exciting changes and enhancements that will benefit current and prospective students at Truett McConnell University,” he said.