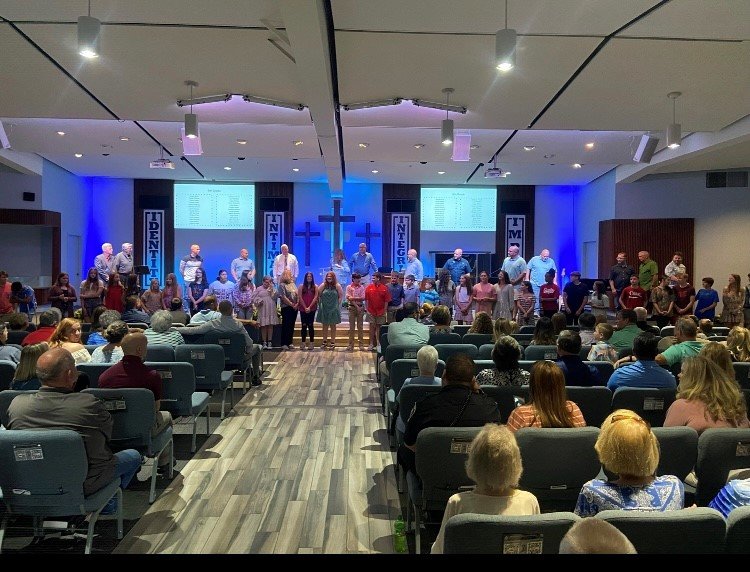 Students talk about things they've learned through their Bible study classes offered by churches of the Tugalo Baptist Association.. 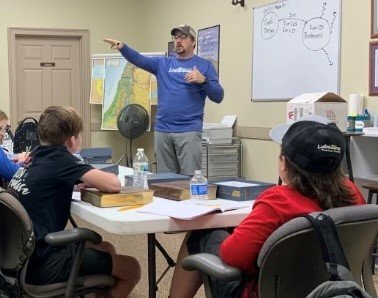 A teacher tells students about the Bible in a Christian learning center in the Tugalo Baptist Association.
Previous Next
Posted Thursday, May 19, 2022 2:40 pm
By ROGER ALFORD, The Christian Index

EASTANOLLEE, Ga. – Eight more students made professions of faith during the past week in the Tugalo Baptist Association where churches have opened off-campus Christian learning centers near schools to teach Bible classes.

That brought the total number of salvation decisions to 38 since August at the learning centers in Stevens and Banks counties, said Associational Missions Strategist Mike Blount.

Blount said the 43 churches in his association felt compelled to do more to reach children and teens. In the process of praying about how to do that, he said, the Lord impressed upon him the need for the learning centers.

They’ve proven popular among students, 206 of whom attended the Bible classes during this school year.

JJ Washington, evangelism catalyst at the Georgia Baptist Mission Board, said he’s excited to hear about the results of the Tugalo association’s outreach to students.

“We’ve been seeing large numbers of people coming to Christ all over the state as our churches respond to the urgency of the hour,” Washington said. “Our churches are praying for the lost, and they’re being strategic in the way they share the gospel. They’re seeing a spiritual harvest as a result.”

Blount said he was thrilled to hear about some of the Tugalo learning center students who decided to lead a Bible study of their own at their school 7:15 a.m., before classes began.

“They had so many kids show up for the first Bible study that they couldn’t get them all in,” he said. “Sixty-five kids showed up at 7:15 in the morning. It just shows there’s such a hunger and desire for God among students. It’s exciting to see that.”

“I can’t wait to see what the Lord’s going to do with it in the next couple of years, because we’re just getting started,” Blount said.

Churches in the Tugalo association are funding their learning centers to the tune of about $200,000 a year, knowing, Blount said, that the return on investment will be measured in souls saved.

Students come to the learning centers five days a week for classes that last an hour and a half, which allows time for devotions, prayer, and instruction.

“It’s so beneficial for the students,” Blount said. “A lot of these kids have never heard the gospel. Many have never even read the Bible. We make it safe place for them, a place where they can share what they’re thinking and talk about what they believe.”