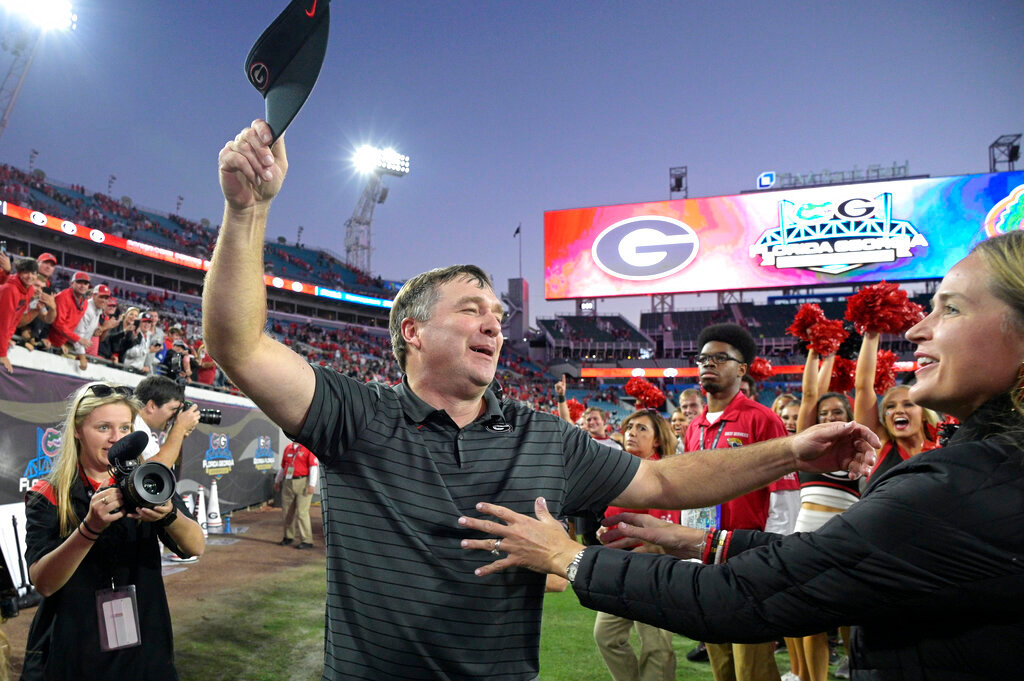 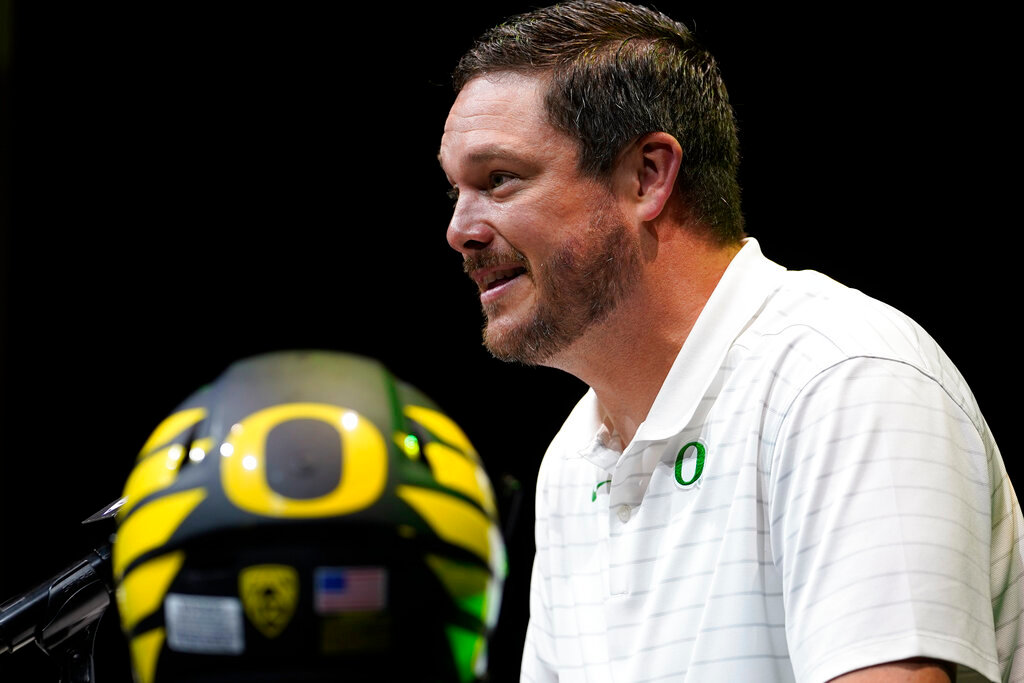 ATHENS, Ga. (AP) — When you build a powerhouse program, it's inevitable that others will try to copy your success.

That means hiring people who work for you.

Georgia coach Kirby Smart will see another familiar face on the opposing sideline Saturday when the reigning national champion Bulldogs open the season against No. 11 Oregon.

Smart's former defensive coordinator, Dan Lanning, is now guiding the Ducks. In his head coaching debut, he'll take on the No. 3 Bulldogs in Atlanta.

“There's definitely some feelings of excitement for me to go play a team I care about and was a big part of for a long time,” Lanning said. "But that's not the focus. My job, as well as the players' job, is to focus on the task at hand.”

As Smart heads into his seventh season as the Bulldogs' boss, the list of assistants-turned-head coaches is growing.

He is 2-0 against his ex-offensive line coach, Arkansas' Sam Pittman, and last year beat South Carolina's Shame Beamer, who was on Smart's staff in 2016 and '17.

Now, the 36-year-old Lanning will become the third of Smart's former staffers to take a shot at knocking off the old boss.

There won't be a bunch of warm, fuzzy feelings at the reunion.

“I don’t think the game has anything to do with that,” Smart said. “Neither Dan nor I will be worried about each other during the game."

The opener, which will be played before what figures to be a very pro-Georgia crowd at 75,000-seat Mercedes-Benz Stadium, will be an early indicator of where both programs stand.

Georgia is looking to make another run at the national championship despite losing a record 15 players in the NFL draft — five of them first-rounders off a stellar defensive unit that carried the Bulldogs to their first title since 1980.

With the Pac-12 in turmoil and speculation that they could soon be headed to the Big Ten, the Ducks hope to build on the success they had during Mario Cristobal's four-year tenure, which featured a pair of conference championships.

When Cristobal left for Miami, the Ducks quickly turned to Georgia's co-defensive coordinator.

They made a good choice, according to Smart, whose relationship with Lanning goes back to 2015 when both were on Nick Saban's staff at Alabama.

“I had a great relationship with Dan when he worked at University of Alabama, and had a lot of respect for how he went about doing his job,” Smart said. “He didn’t try to be somebody he wasn’t. He didn’t try to impress people. He just worked and he grinded, and he really did a good job of just doing what you asked him to do. I always thought he would be successful.”

When Smart left for his first head coaching job at Georgia in 2016, he kept an eye on Lanning. The Bulldogs had an opening on their staff two years later and hired him as the outside linebackers coach.

“It ended up being a no-brainer for us to bring Danny in because I knew the value he had,” Smart recalled.

Lanning was promoted to co-defensive coordinator a year later after Mel Tucker left for Colorado, receiving much of the credit for building one of college football's greatest defenses.

“I knew he was going to do a great job," Smart said.

Lanning's co-coordinator, Glenn Schumann, is still at Georgia. He'll continue in that role along with former Florida and South Carolina head coach Will Muschamp.

Smart said it's been a smooth transition, especially because Muschamp was already on the staff as special teams coordinator.

“Dan would be the first to tell you he never would’ve had the success he had here if not for Glenn Schumann,” Smart said. "I felt comfortable Glenn would be able to take it over along with Will. It’s great when we have two guys that know the system and two guys that can share that responsibility.”

Before he even coached a game, Lanning had to deal with tragedy within his new team.

Tight end and social media star Spencer Webb died last month in an accidental fall at a popular swimming lake. The Ducks will wear a special decal on their helmets this season featuring Webb's No. 4 inside a spider web.

“Our team has a void,” Lanning said. "It’s something you certainly cannot replace. I’ve talked to our players about that moment and Spencer, how on your tombstone there’s a day you were born and a day when you passed, but what made Spencer special was how he lived that dash in between those two numbers.”

In addition to an entirely new coaching staff, the Ducks have a bunch of newcomers on their roster. They brought in 21 players through the transfer portal, 15 of them from Power Five schools.

Lanning has plenty of familiarity with Georgia's defense.

Of course, that works both ways.

“Kirby Smart is not going to play a single snap on Saturday, and neither is Dan Lanning," the Oregon coach said. "It doesn't really matter what I know. It's what my players know and how well they can execute.”