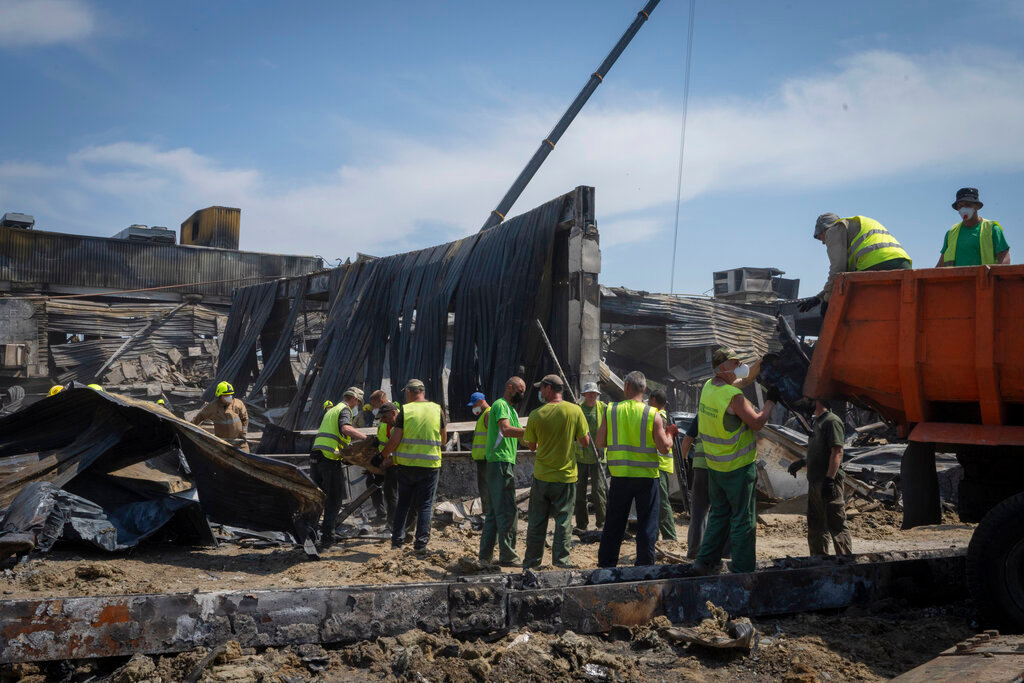 Workers clear debris at a shopping center that was destroyed in a Russian rocket attack in Kremenchuk, Ukraine, Wednesday, June 29, 2022. (AP Photo/Efrem Lukatsky) 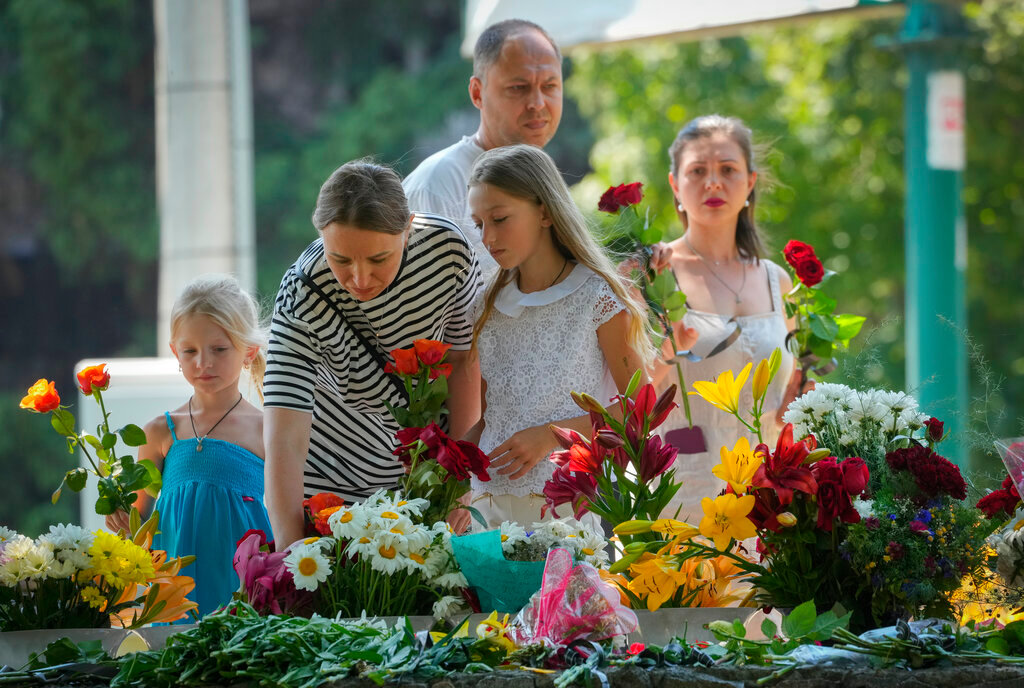 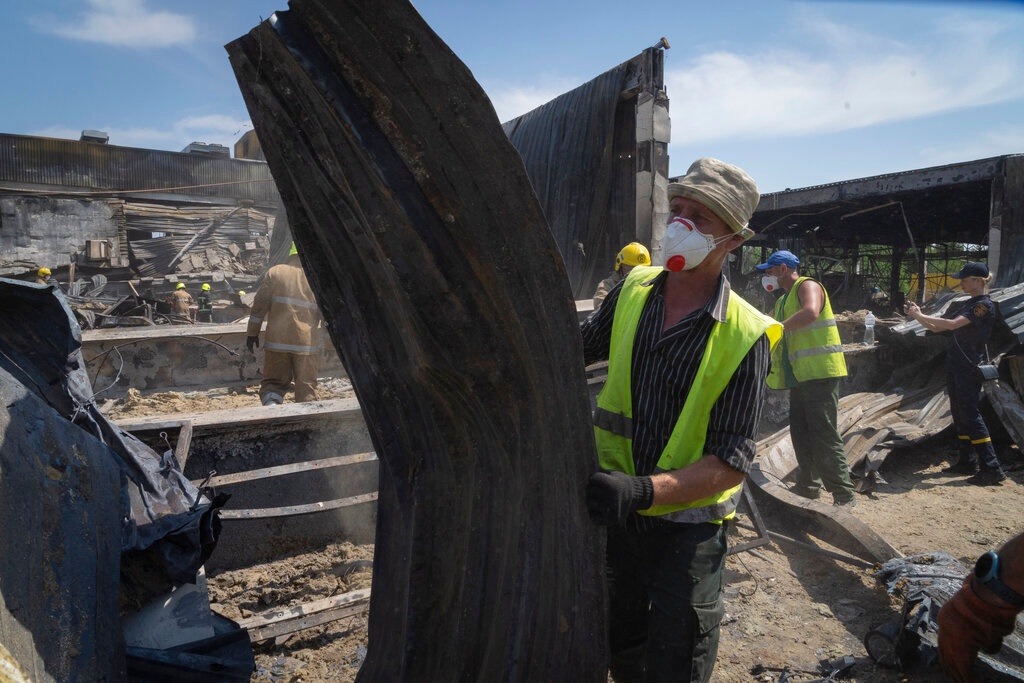 KREMENCHUK, Ukraine (AP) — Russian forces battled Wednesday to surround the Ukrainian military’s last stronghold in a long-contested eastern province as shock reverberated from a Russian airstrike on a shopping mall that killed at least 18 people in the center of the country a day earlier.

Moscow’s battle to wrest the entire Donbas region from Ukraine saw Russia forces pushing toward two Luhansk province villages south of the city of Lysychansk while Ukrainian troops fought to prevent their encirclement.

Britain’s Defense Ministry said Russian forces were making “incremental advances” in their offensive to capture the city. Lysychansk is the last major area of the province under Ukrainian control following the retreat of Ukraine's fighters from the neighboring city of Sievierodonetsk.

Russian troops and their separatist allies control 95% of Luhansk and hold about half of Donetsk region, the other province that makes up the mostly Russian-speaking Donbas.

The latest assessment by the Institute for the Study of War, a think tank based in Washington, said the Ukrainians were likely in a fighting withdrawal to seek more defensible positions while draining the Russian military forces of manpower and resources.

Meanwhile, crews continued to search through the rubble of the shopping mall in Kremenchuk where Ukrainian authorities say 20 people remained missing. Authorities in the city declared three days of mourning.

The blast from Tuesday's airstrike was so powerful, relatives may not be able to recover any trace of their loved ones' remains.

Ukrainian State Emergency Services press officer Svitlana Rybalko told The Associated Press that along with the 18 people killed, investigators found fragments of eight more bodies. A number of survivors were being treated for injuries such as skull fractures and severed limbs.

“The police cannot say for sure how many (victims) there are. So we are finding not the bodies but the fragments of bodies," Rybalko said. "Now we are clearing at the very epicenter of the blast. Here, we practically cannot find bodies as such.”

Several families stood by what was left of the Amstor shopping center Wednesday morning in hopes of finding missing loved ones. One young woman sat cross-legged on the ground weeping behind dark sunglasses,.

“This is pure genocide,” local resident Tatiana Chernyshova said while going to lay flowers at the site. “Such things cannot happen in the 21st century. Peaceful people suffer."

“We need to engage everyone to help stop the war, help us fight these scum – these Russian aggressors," Chernyshova said. "It needs to be stopped by any means possible.”

After the attack on the mall, Ukrainian President Volodymyr Zelenskyy accused Russia of becoming “a terrorist” state carrying out “daily terrorist acts.”

Russian Foreign Ministry spokeswoman Maria Zakharova on Wednesday dismissed what she claimed was the Ukrainian government’s “blatant provocation” in trying to blame the mall missile strike on Russia's military.

“All these fakes, unfortunately, were replicated and distributed,” Zakharova said.

Britain’s Defense Ministry said there was a “realistic possibility” the missile strike on the shopping center “was intended to hit a nearby infrastructure target.”