Until the twelfth of never 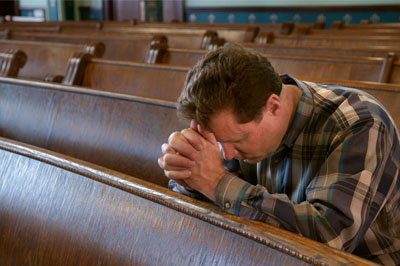 During the course of President-elect Donald J. Trump’s campaign for the Oval Office he repeatedly pledged to build a wall across the southern border between the United States and Mexico.

Perhaps Mr. Trump’s promise to build the wall helped get him elected to office, but others have called the wall nothing more than a “racist pipe dream.” Others say the wall is unrealistic, infeasible, cost prohibitive, and that it challenges the ethics of architecture.

However, if the wall will stop the flow of drugs into this country and enhance the government’s procedure for assisting immigrants who wish to become legal residents of the U.S., I would agree that the border wall is an excellent idea.

However, the Freedom From Religion Foundation believes the only wall that needs to be built is the one between church and state. In fact the goal of the FFRF is to “protect the constitutional principle of the separation of state and church.”

Hogwash! Bull feathers! Their ultimate goal is to eradicate religion from the face of the earth. They want free speech for everyone but people of faith.

The purpose and the mission of this organization are based on a false premise, a myth, a misrepresentation. The United States Constitution does not even mention “the separation of church and state.” That phrase was taken from an exchange of letters between President Thomas Jefferson and the Baptist Association of Danbury, CT shortly after Jefferson became president. In the letters he assured the Baptists of Connecticut they should never fear that the federal government would interfere with the free exercise of religion.

In another letter, Jefferson wrote: “And can the liberties of a nation be thought secure if we have lost the only firm basis, a conviction in the minds of the people that these liberties are the gift of God? That they are not to be violated but with His wrath?”

So, the FFRF is gathering a group of “free thinkers” who are investing their time, energy, and money on a false premise. Last year they purchased a double-page ad in the New York Times to mock Christmas and instead celebrate the Bill of Rights. They depicted three Founding Fathers (and the Statue of Liberty) gazing down adoringly at a manger, but instead of the Christ child being in the manger they had placed the Bill of Rights.

The most recent example of ranting and raving by the FFRF surfaced in Wakulla Country, FL when middle school football coach Eddie Metcalf knelt for the team’s pre-game war-chant, which was followed by a player saying the Lord’s Prayer. The FFRF said that Metcalf’s kneeling with the students was “unconstitutional."

School Superintendent Robert Pearce said, “That’s not allowable under the law. The coach may not participate in the prayer. He may not kneel with the players. He may not put his hands on a player during a prayer.”

If Colin Kaepernick can kneel during the National Anthem why can’t Coach Eddie Metcalf kneel for the Lord’s Prayer? Our values are skewed by a secular society that calls evil good and good evil.

Every December FFRF carelessly discards Christmas and chooses to celebrate the Winter Solstice instead. They say, “The Winter Solstice marks the shortest, darkest day of the year, heralding the symbolic rebirth of the sun. It has been celebrated for millennia in the Northern Hemisphere with festivals of light, evergreens, gift exchanges, and seasonal gatherings.”

So the Freedom From Religion Foundation wants public school football coaches to remain upright during the Lord’s Prayer (no kneeling, no display of reverence). They want the Bill of Rights rather than baby Jesus to be in the crèches of the world. They prefer to celebrate the winter solstice and dis Christmas. They want to see people embrace atheism or agnosticism or secularism instead of the Christian faith. They are not interested in a wall across the Southern border, but they would love to see a wall that keeps the church out of the government’s affair.

Although I think it is a good idea to build the wall on the southern boarder, I am content to let the government handle that. But as for the wall of separation between the church and state I will take Thomas Jefferson’s interpretation of that over the opinion of the FFRF and fight for religious liberty “until the twelfth of never."