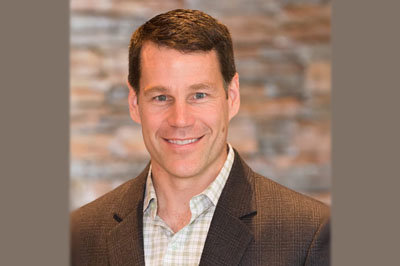 “A good city is like a good party. People don’t want to leave early,” said Jan Gehl, a world-renowned architect and city “rethinker”.[1] Gehl has spent most of his life researching cities, looking at where they have gone wrong and what it will take to improve them.

If you were going to build the perfect city, where would you start? If you were trying to build a city that is sustainable forever, what would you build? Few people ever ask these kinds of questions. However, all of us are impacted by the cities in which we live. It doesn’t matter if you live in large urban environments, or small towns anywhere in America- all cities shared the same problems. These problems are common to all cities, because they are common to all people.

Where do you start to fix a broken city?

Broadly speaking, these problems include things like crime, poverty, and lack of access to basic services. It would be easy to blame these problems on community leaders. I can’t tell you how many times I hear comments like… “It’s the mayor’s fault that we don’t have access to essential services: Law enforcement officers are to blame for the city’s crime rate, or the federal government should do something about the poverty rate.” All of these statements might be true of your city, but they don’t address the real foundation of the problem. People are the problem with cities!

God’s original plan for people didn’t include crime, poverty, or depravation. God created a perfect paradise for people. We introduced all of the problems in society when we ruined paradise back in Genesis 3:17-18. The Bible makes it pretty clear; people went wild. We destroyed the paradise that God created for us. The crime and poverty that we experience are our own fault; they are the result of the fall of man.

Gehl said in a recent video blog that the number one challenge of building the perfect city is to protect against evil.[2] I think it’s fascinating that this architect defines the number one problem with dwelling places as “evil”. In Gehl’s mind, you can’t fix where people live unless you’re willing to deal with the evil that exists there.

Gehl defines traffic as evil. My guess is, all of you that live in overcrowded cities would also call the traffic “evil”. But evil exists in cities because evil exists inside the hearts of men and women who live in those cities. God’s original plan for people was perfect because the people who lived in God’s paradise were perfect. When people became imperfect, paradise also became imperfect!

In other words – we can’t blame this one on the mayor or law enforcement. It’s not an infrastructure problem that’s hurting cities… It’s a people problem! That means you can spend all of your time and money hiring more law enforcement officers; it’s not going to change the crime rate. More police officers can make quicker arrests, but they cannot stop crime from happening in the first place. Your city mayor can create a plan to deal with essential services issues, but your mayor can’t fix poverty unless the people of the city are willing to be involved.

Only changed people will change a city

Let’s go back to the original challenge. What does it take to fundamentally change a city? What will have to change in order for a city to experience lasting change at the foundation level? By now you probably figured out the answer – people will have to change!

Are you willing to become the kind of change that you want to see in your own city? Are you willing to bring that kind of change to others? In other words, what are you doing today to change the hearts of people around you, so that your city will change? Jesus put this kind of question to a very powerful, very successful young man one day in Luke 10:26. Immediately, this young man tried to find an escape clause in Luke 10:29. He didn’t want to be neighborly to people who weren’t like him, so he tried to explain away his responsibilities in making the world a better place to live. Jesus didn’t let him off the hook that easily. Jesus told this man a story about the Good Samaritan (A man who went out of his way to do something for a guy he’s never met). Then Jesus turned the tables on this man’s question in Luke 10:36. At this point, there was no escaping it; Jesus flat-out looked him in the eyes and commanded him to be a good neighbor in Luke 10:37!

Jesus’s plan for better cities is changing the people who live in the cities. It is the mission of Jesus’s church to reach people in your city at the soul level. Jesus’s church is made up of people. So, in essence, Jesus expects his people to impact their neighbors’ hearts if they want to live in a better city.

This post originally appeared at the blog of Calvary Baptist Church in Columbus.