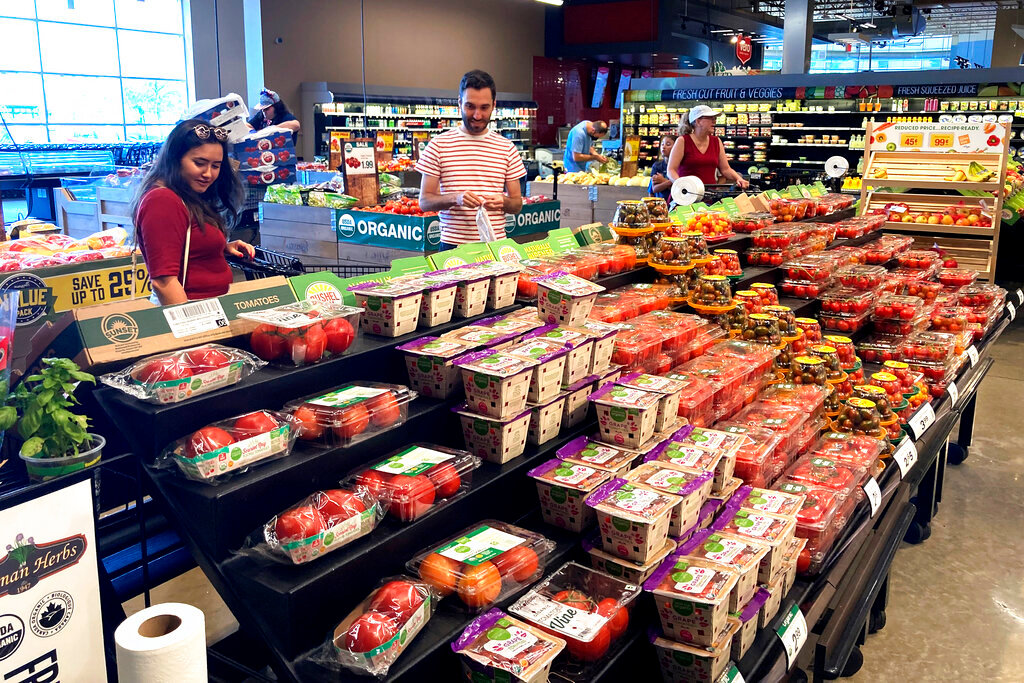 Thursday’s estimate from the Commerce Department showed that the nation’s gross domestic product — the broadest gauge of economic output — grew in the third quarter after having shrunk in the first half of 2022. Stronger exports and steady consumer spending, backed by a healthy job market, helped restore growth to the world’s biggest economy.

Consumer spending, which accounts for about 70% of U.S. economic activity, expanded at a 1.4% annual pace, down from a 2% rate from April through June. Last quarter's growth also got a boost from exports, which shot up at an annual pace of 14.4%.

The outlook for the overall economy has darkened. The Fed has raised interest rates five times this year and is set to do so again next week and in December. Chair Jerome Powell has warned that the Fed’s hikes will bring “pain” in the form of higher unemployment and possibly a recession.

The government’s latest GDP report comes as Americans, worried about inflation and the risk of recession, have begun to vote in midterm elections that will determine whether President Joe Biden’s Democratic Party retains control of Congress. Inflation has become a signature issue for Republican attacks on the Democrats’ stewardship of the economy.

With inflation still near a 40-year high, steady price spikes have been pressuring households across the country. At the same time, rising interest rates have derailed the housing market and are likely to inflict broader damage over time. The outlook for the world economy, too, grows bleaker the longer that Russia’s war against Ukraine drags on.

Last quarter’s U.S. economic growth reversed annual declines of 1.6% from January through March and 0.6% from April through June. Consecutive quarters of declining economic output are one informal definition of a recession. But most economists have expressed concern, though, that a recession is likely next year as the Fed steadily tightens credit.

Higher borrowing costs have weakened the home market, in particular. The average rate on a 30-year fixed-rate mortgage, just 3.09% a year ago, is approaching 7%. Sales of existing homes have fallen for eight straight months. Construction of new homes is down nearly 8% from a year ago.

Still, the economy retains pockets of strength. One is the vitally important job market. Employers have added an average of 420,000 jobs a month this year, putting 2022 on track to be the second-best year for job creation (behind 2021) in Labor Department records going back to 1940. The unemployment rate was 3.5% last month, matching a half-century low.

Hiring has been decelerating, though. In September, the economy added 263,000 jobs — solid but the lowest total since April 2021.