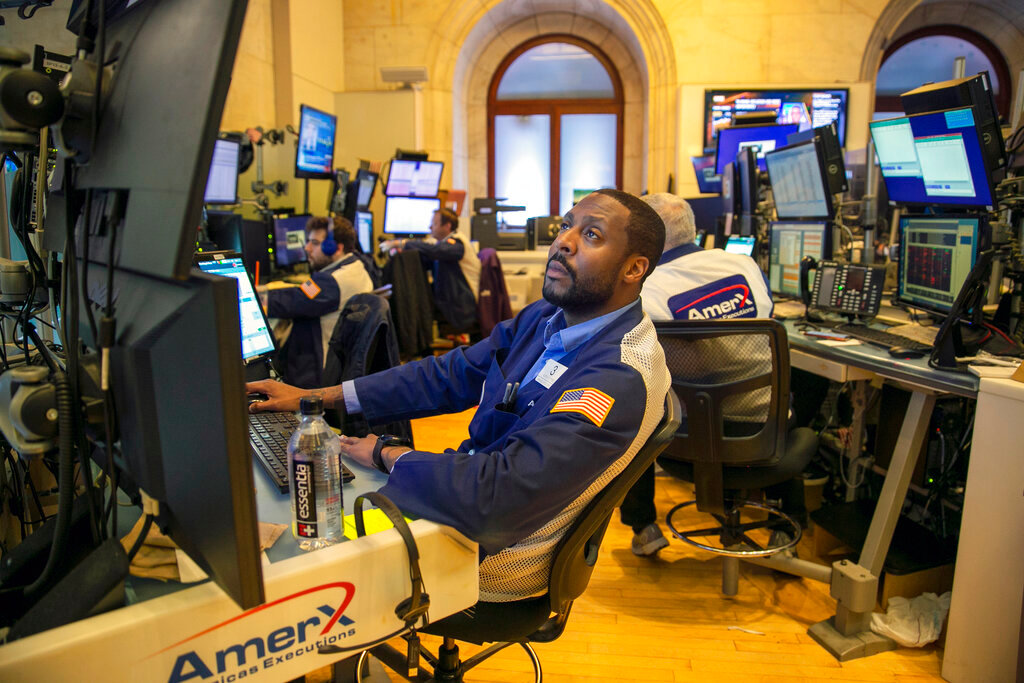 Treasury yields are slightly higher. The yield on the 10-year Treasury note, which helps set mortgage rates, rose to 2.81%.

VMWare soared following a report that chipmaker Broadcom is in talks to buy it.