VBS opened the door and touched an entire Chinese family 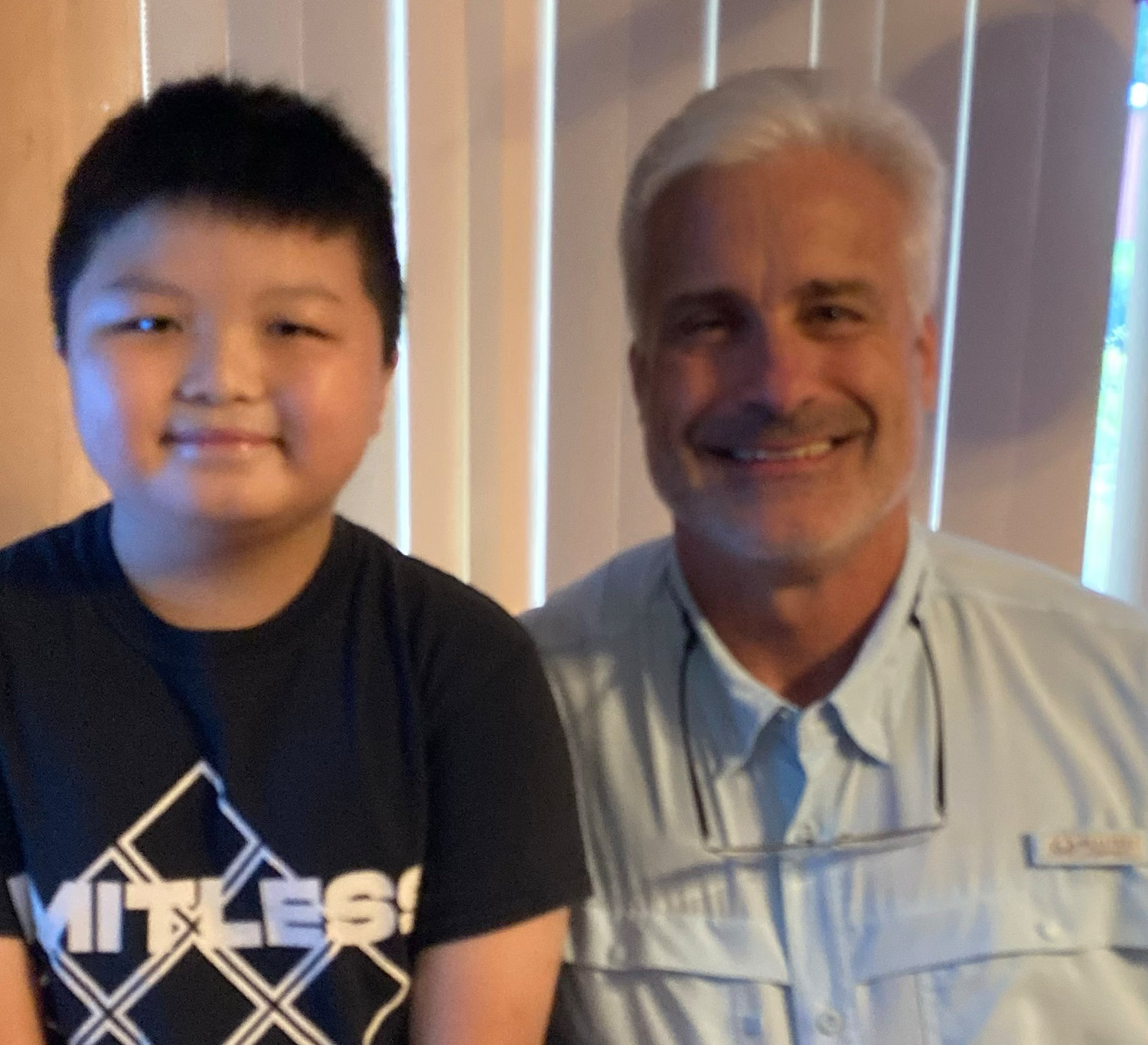 FUNSTON, Ga. – Funston Baptist Church believes that everyone is important in God’s economy.

They love people of all racial and ethnic backgrounds. Pastor Ron Shiver has led the church to minister to individuals representing all demographics. That was true in this summer’s Vacation Bible School.

LifeWay has emphasized that the “VBS theme doesn’t matter… but the kids do!” Vacation Bible School compresses seven months of ministry into one week of intense discipleship and provides the perfect venue for the Gospel to be shared daily in a way children can understand.

This summer the Funston Church had a Chinese boy, Ryan Chen, trust Christ because of his presence in Vacation Bible School.

Perhaps it would have never happened if devoted church members Larry and Mary Soviero had not let their light shine in the restaurant the Chen family owns. The Sovieros, patrons of the Chens' restaurant, cultivated a friendship with the Chen family consisting of four children and as many as six adults.

The Sovieros invited the Chens to attend the Sunday morning worship services at Funston Baptist Church; and it was not long until they started attending the church services. They were warmly received and responded to the church’s hospitality in kind. Ryan and his three sisters were well received by teachers and students, some of whom they knew from the public school.

Shiver reported, “On the fourth day of Vacation Bible School we shared the Gospel and invited students to respond. On that same day the VBS teachers revisited that appeal and shared the Gospel again for their specific groups. When the students were given a card to fill out, Ryan marked that he had prayed to receive Christ and indicated that he wanted to talk to the pastor about his decision.

“I was thrilled with his desire to meet with me and when we had the opportunity to discuss his commitment it appeared to me that he understood the Gospel, realized that he was a sinner and reiterated that he wanted to trust Jesus as his personal Savior.”

Shiver continued, “As we always do, I talked to Ryan’s mother, Wendy, and shared with her that Ryan had invited Jesus into his heart and explained that he wanted to be baptized. She was very receptive to my conversation with her and assured me that she and her husband supported Ryan’s decision. The next day she stopped by my office to ask how many adults were working in VBS and explained that she wanted to express her gratitude to each of them by giving every adult worker a gift card to their restaurant.

“One Sunday morning,” Shiver remarked, “one of our dear members, Casey Sparkman, sat with the Chen family and realized they were not able to follow me as I was reading the text of scripture for my sermon. Casey proceeded to take out her cell phone and found the Bible app that was translating my text into the Mandarin language. Immediately, Casey saw tears begin to roll done one of the lady’s cheeks.”

The next day the church leadership began a search for Bibles in the Mandarin language. After exploring every conceivable resource, Shiver learned that 9Marks had a book entitled Rediscovering Church in Mandarin. Shiver reported, “We got copies and gave them to the Chen family. We continued our search for a translator, but to no avail. Then one night at our Wednesday Prayer Meeting, I shared again this request and one of our members told me that he had a friend whose wife is Chinese. Through that couple we found a translator (Juliet) and we are currently arranging a meeting with her and the Chen family. Juliet serves at First Baptist Tifton, but we are discovering that networking and cooperation among God’s people is a glorious thing.”

There is a great hunger for the Gospel among the Chinese people in America. Fenggang Yang in his book Chinese Christians in America  explains that Christianity has become the most practiced religion among the Chinese in America. This is a good sign, because there are 5.4 million Chinese Americans, the vast majority of whom still need the Gospel; and many of them are apparently open to the truth concerning Jesus Christ.