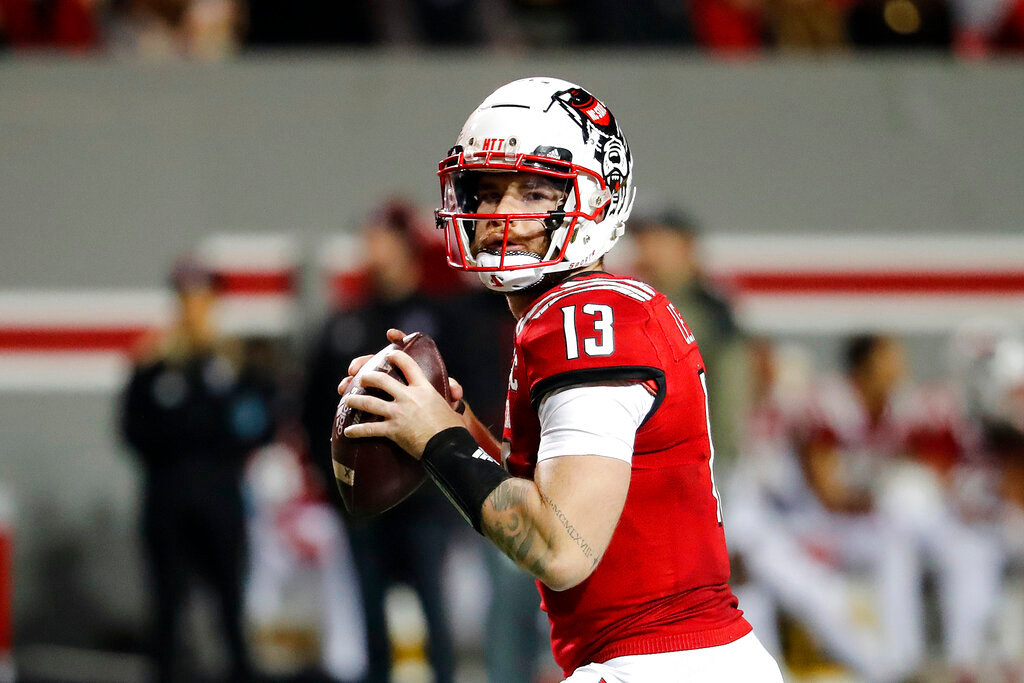 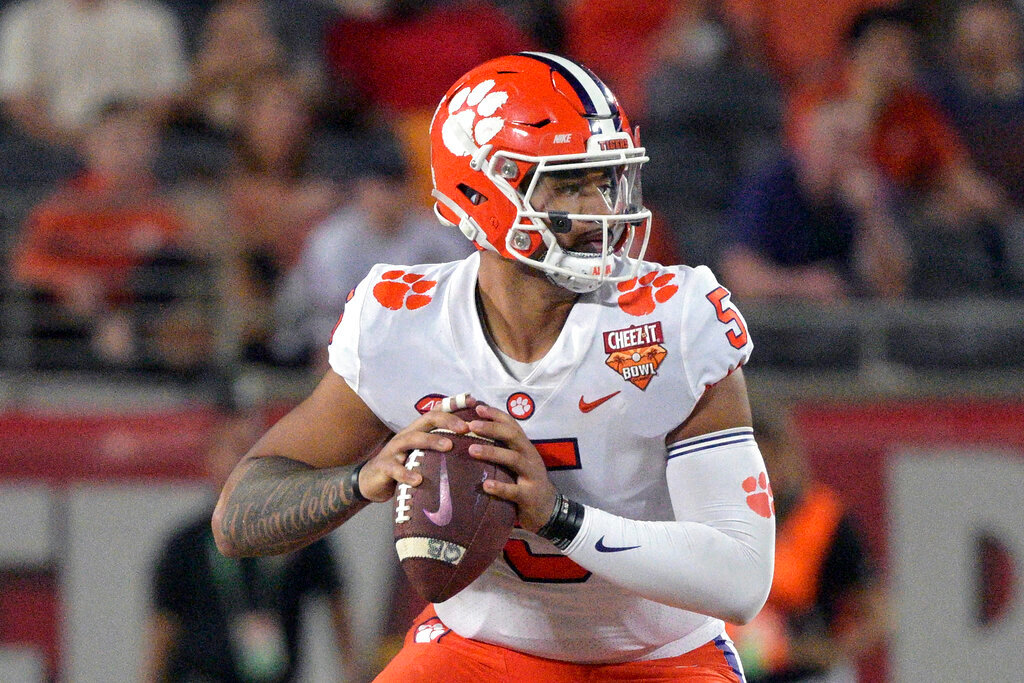 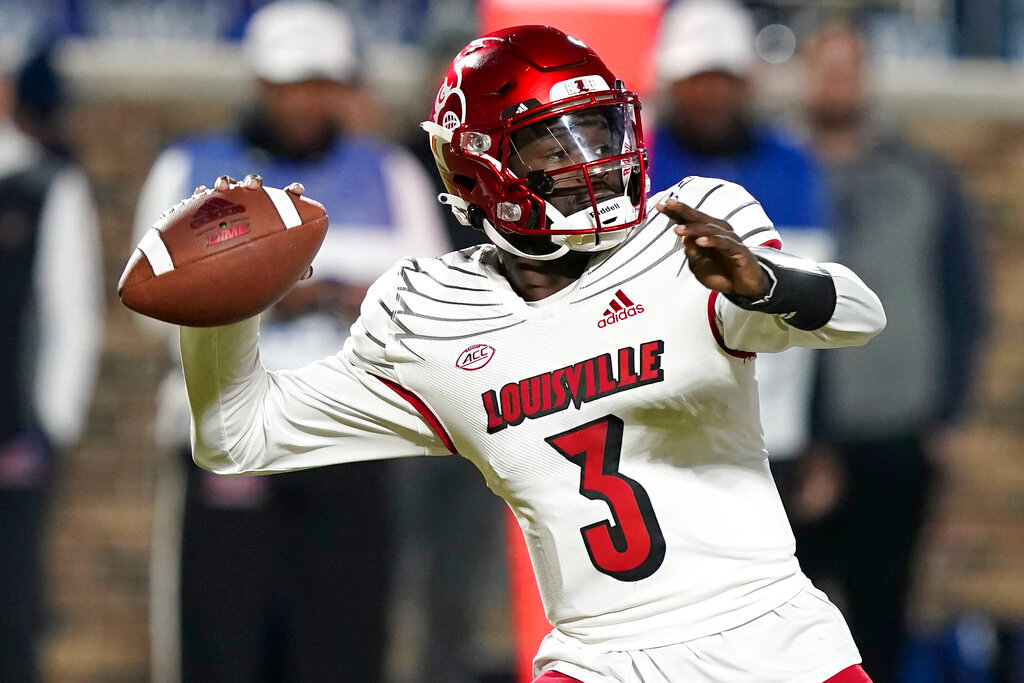 “I think one of the biggest things is pretty obvious,” the fifth-year QB said. “It’s hard to win games.”

Things look much rosier now for the preseason pick as Atlantic Coast Conference player of the year and his 13th-ranked Wolfpack. He's part of a deep group of league quarterbacks who have moved past hard-lesson days to open this season as proven veterans. That could lead to a season full of big production from offenses set to thrive behind the experienced guys taking the snaps.

“We’ll see, it could be deceiving,” Leary said. “But I think going into every offseason with knowing who your starting quarterback is, that makes you feel a little bit better about your offense.”

In all, 12 of 14 teams have at least one quarterback with nine or more career starts, headlined by Louisville’s Malik Cunningham.

Duke and North Carolina are outliers, with the Blue Devils having one start from Riley Leonard for Mike Elko’s first season as coach. Mack Brown’s Tar Heels had a preseason battle to replace star Sam Howell before going with redshirt freshman Drake Maye, who became the first player in program history to throw for five touchdowns in his starting debut last weekend against Florida A&M.

Then there’s No. 22 Wake Forest, which opens Thursday night with a first-time starter in redshirt freshman Mitch Griffis. Fifth-year junior Sam Hartman, one of the nation’s most prolific quarterbacks with 33 career starts, is out indefinitely with a non-football medical condition.

Most league coaches will have the security that comes with having a quarterback who has seen plenty of game reps. Former Florida State quarterback and first-round NFL draft pick EJ Manuel said that includes the impact on the rest of the offensive players.

As he put it: “You just want to be able to kind of clean up what your teammates don't do well.”

“That's kind of part of the position, you know what I mean?” said Manuel, an ACC Network analyst who started 31 games for the Seminoles from 2009-12. "You kind of have to take the heat when they don't do it. Playing under (former coach Jimbo) Fisher, he always kind of put us in that situation where 'OK, it's on you, that guy wasn't in the position he was supposed to be.'

“That's why I say in the quarterback position, it's so important to just have that mentality where you don't get flustered.”

That's an asset for Louisville coach Scott Satterfield with Cunningham, saying the coaches “kind of lean on him" to help young players. First-year Virginia coach Tony Elliott sees that value, too, with returning Cavaliers starter Brennan Armstrong even as he's had to learn a new scheme.

Reaching that point takes time, even when the first on-field results look promising.

Clemson's D.J. Uiagalelei put up huge numbers in his first two starts in 2020 while star Trevor Lawrence was sidelined by COVID-19 protocols. But things didn’t go as smoothly in his first year as the starter, as the 6-foot-4, 250-pound Uiagalelei failed to crack 200 yards in nine of 13 games.

Uiagalelei said he has worked on improving his throwing mechanics and footwork to go with the added knowledge that comes only through game reps.

“Command,” he said. “Just experience, just having a better feel of it. Knowing kind of what to do, talk to guys a little bit better.”

Teams like No. 17 Pittsburgh and Virginia Tech are hoping to benefit from the experience their starting QBs gained elsewhere. The Panthers are going with USC transfer Kedon Slovis while the Hokies are starting Marshall transfer Grant Wells.

“How you get better playing quarterback is by playing,” first-year Pitt offensive coordinator Frank Cignetti said. “Kedon has game experience from USC and it certainly helps.”

Leary knows the potential level of QB play across the league this fall will only magnify the spotlight that is already locked on the game's highest-profile position. He's ready for it, too.

“I know how great all these ACC quarterbacks are,” Leary said, adding: "This is a veteran conference for quarterbacks. Myself being a part of that is an honor itself.”