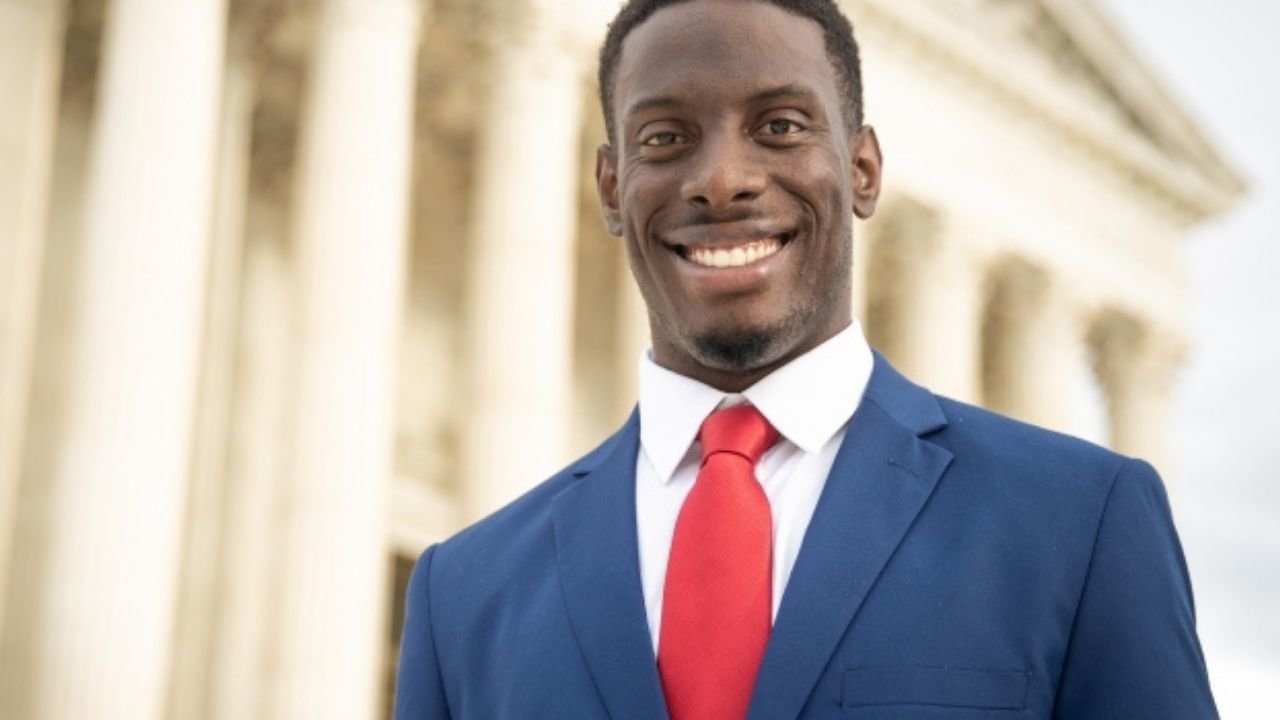 Chike Uzuegbunam graduated from college, but he hasn’t been able to fully move on.

For more than four years now, Chike has been involved in a lawsuit against his alma mater, Georgia Gwinnett College. And today, the U.S. Supreme Court ruled 8-1 in favor of Chike, giving him the justice he deserves. Praise God!

Let’s take a look at his case and what got him here in the first place.

Who: Chike Uzuegbunam and Joseph Bradford

Chike truly lives out the call of Mark 16:15: “Go into all the world and proclaim the Gospel to the whole creation.”

He is passionate about sharing the Good News with those around him. So, after Chike started attending Georgia Gwinnett College, he saw it as his new mission field.

To Chike, this is the most loving thing that you can do for someone else—to share the Good News that Jesus Christ died for our sins and rose again so that we can have eternal life with Him.

But college officials stopped him from publicly sharing his faith as he desired. They silenced him twice when he was sharing the Gospel in a public area on campus.

For Chike, this is not something he can stay quiet about. That’s why he reached out to Alliance Defending Freedom for help and later another student, Joseph Bradford, joined the case.

This all started in July 2016 when Chike was handing out pamphlets in a plaza on campus and talking about the gospel with interested students as they passed. Not long after he began, some college officials approached Chike. They informed him that he was not allowed to distribute materials or talk to other students about his beliefs unless he had reserved a time in a campus “speech zone.”

Georgia Gwinnett College had two speech zones—but don’t be fooled into thinking the college broadly encouraged free expression. Combined, the two spaces made up about 0.0015% of campus. If the entire campus were the size of a football field, these “speech zones”—the only places students could exercise their First Amendment rights—would be the size of a piece of notebook paper. On top of that, they were only open for student use for 10% of the week—just 18 hours on weekdays and closed on the weekends.

Despite having already been silenced once, Chike did what the officials asked, reserved a time, and even received approval from college officials for the literature he intended to distribute. But when he began sharing his faith in the speech zone during the time he had reserved, campus police approached him. The officers took his ID card and told him to stop speaking because someone had complained.

According to these officers, Chike's speech violated the speech code in the Student Code of Conduct, which allowed the college to stop speech if someone complained. As a result of the college's policies, Chike was not allowed to speak his message anywhere. After seeing how officials shut down Chike, Joseph decided not to speak on campus at all.

Because public officials silenced these two students on their campus, ADF filed a lawsuit on their behalf.

This was an open-and-shut case involving clear First Amendment violations. But Georgia Gwinnett College doubled down. The college argued that Chike peacefully sharing his religious beliefs should receive no constitutional protection.

The college eventually abandoned this argument and amended its speech policies to allow for speech in any outdoor area of campus—consistent with the U.S. Constitution. Because of this and the fact that Chike graduated, two courts dismissed the case. But that doesn’t change the fact that college officials violated Chike’s right to free speech by silencing him twice and intimidated Joseph into silence.

That's why ADF asked the U.S. Supreme Court to hear this case.

Today, on March 8, 2021, the Court ruled 8-1 that Georgia Gwinnett College officials shouldn't be able to violate the constitutional rights of their students and walk away as if nothing happened. This is great news for anyone who values our constitutional freedoms! Our government officials have a duty to protect our rights, and when they violate them, there should be consequences.

And, thankfully, the Supreme Court made that clear.

Why: The only permit students need to speak freely on campus is the First Amendment.

The First Amendment guarantees a right to free speech, and college officials everywhere—including at Georgia Gwinnett College—should be in the business of upholding and cherishing that right, not silencing it.

And when college officials violate students' rights, they should face the consequences. When courts don't step in and hold government officials accountable for trampling someone's constitutional rights, it enables and encourages the government to violate someone else's rights in the future.

Countless universities have adopted and enforced speech zones and speech codes like those that Georgia Gwinnett College enforced in this case. That is part of the reason that ADF has over 400 victories against public universities across the country. And far too often, once students try to hold university official accountable, they do just what Georgia Gwinnett officials did here: change the policies and ignore how they mistreated students. Thankfully, the Supreme Court put a stop to this.

Today’s college students are tomorrow’s voters, legislators, and judges. If they are being taught that the correct way to deal with speech you disagree with is to shut it down, they will carry that understanding with them once they leave campus. To preserve free speech for us all, we must protect free speech on college campuses so that students learn to respectfully interact with diverse viewpoints. And when our constitutional freedoms are violated, courts should say so, even when officials back down. Otherwise, very little stops them from doing so again.