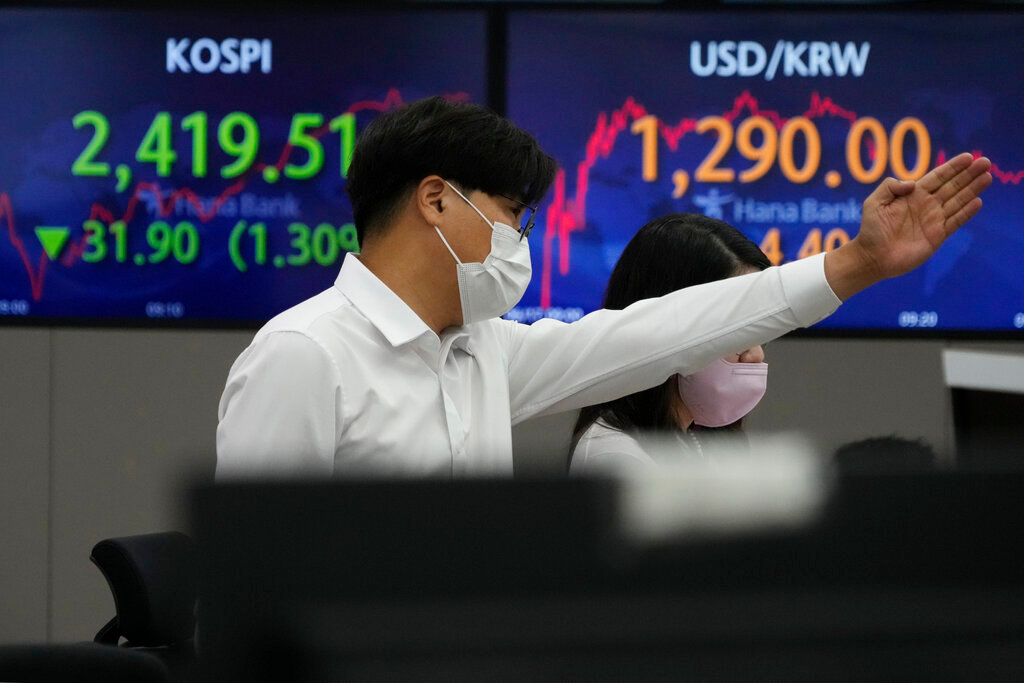 NEW YORK (AP) — Stocks are opening gingerly higher on Wall Street Friday at the end of a brutal week. Stocks suffered several massive drops this week as markets get accustomed to the bitter medicine of higher interest rates that the Federal Reserve and other central banks are using in their battle against inflation. Higher rates fight inflation but they also slow down the economy and can push prices lower for stocks and bonds. The S&P 500 rose 0.8% in the early going, but it’s still down more than 5% for the week. The Dow was up 0.6% while gains for tech companies pushed the Nasdaq up 1.4%.

Investors worry the moves to control inflation that is running at four-decade highs might tip the U.S. and other major economies into recession.

“Pain is being inflicted almost everywhere and sharing doesn’t make it better in any way,” said Tan Boon Heng of Mizuho Bank in a report.

Along with raising rates, some of the trillions of dollars of bonds bought by the Fed to inject money into the U.S. financial system during the pandemic are being allowed to roll of its balance sheet. That should put upward pressure on market interest rates.

Fewer American workers filed for unemployment benefits last week than a week before. But more signs of trouble have been emerging.

A recession is “not inevitable,” Biden said.