Wall Street pivots higher ahead of US economic growth data 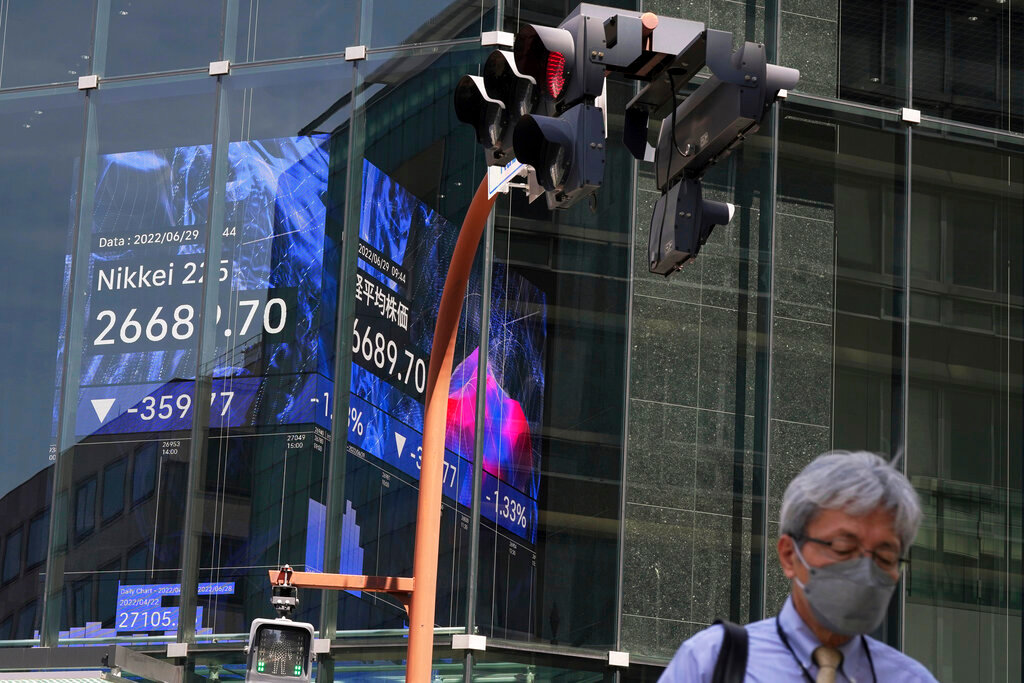 NEW YORK (AP) — Wall Street has pivoted from losses to gains about an hour before markets open, following declines in Europe and Asia, and ahead of the latest update on U.S. economic growth.

The Commerce Department will release its third and final estimate on economic growth for the first three months of 2022 Wednesday. It has reported that the U.S. economy shrank about 1.5% in the first quarter as the U.S., which has recovered more quickly than other nations from the pandemic, imported more than it exported.

Investors worried by uncertainty over inflation, rising interest rates and the potential for a recession also were awaiting remarks by central bank leaders including Fed Chair Jerome Powell.

On Tuesday, the S&P 500 fell 2%, the Dow Jones Industrial Average fell 1.6%, and the Nasdaq fell 3% after a survey showed that U.S. consumer confidence was eroding. The weaker-than-expected consumer confidence reading revealed that persistently high inflation was making Americans more pessimistic about both the present and future.

“All regions, countries, industries, and stocks are getting printed red with broad strokes. It is not looking pretty, and trading the bad news is good news theory could end in tears,” Stephen Innes of SPI Asset Management said in a report.

Investors face a pervasive list of concerns centering around rising inflation squeezing businesses and consumers. Supply chain problems that have been at the root of rising inflation were made worse over the last several months by increased restrictions in China related to COVID-19.

Businesses have been raising prices on everything from food to clothing. Russia's invasion of Ukraine in February put even more pressure on consumers by raising energy prices and pumping gasoline prices to record highs.

Consumers already were shifting spending from goods to services as the economy recovered from the pandemic's impact, but the intensified pressure from inflation has prompted a sharper shift away from discretionary items like electronics to necessities.

Central banks are raising rates to try and temper inflation after years of holding rates down to help economic growth but investors fear they could go too far and actually push economies into a recession.

Wall Street is bracing for the next round of corporate earnings in the next few weeks. They will help paint a clearer picture of how companies are dealing with the squeeze from rising costs and consumers curtailing some spending.

In other trading Wednesday, the yield on the 10-year Treasury note, which helps set mortgage rates, slipped to 3.16% from 3.19%.

Brent crude, the basis for pricing in international trading, climbed $1.22 to 115.02 per barrel.