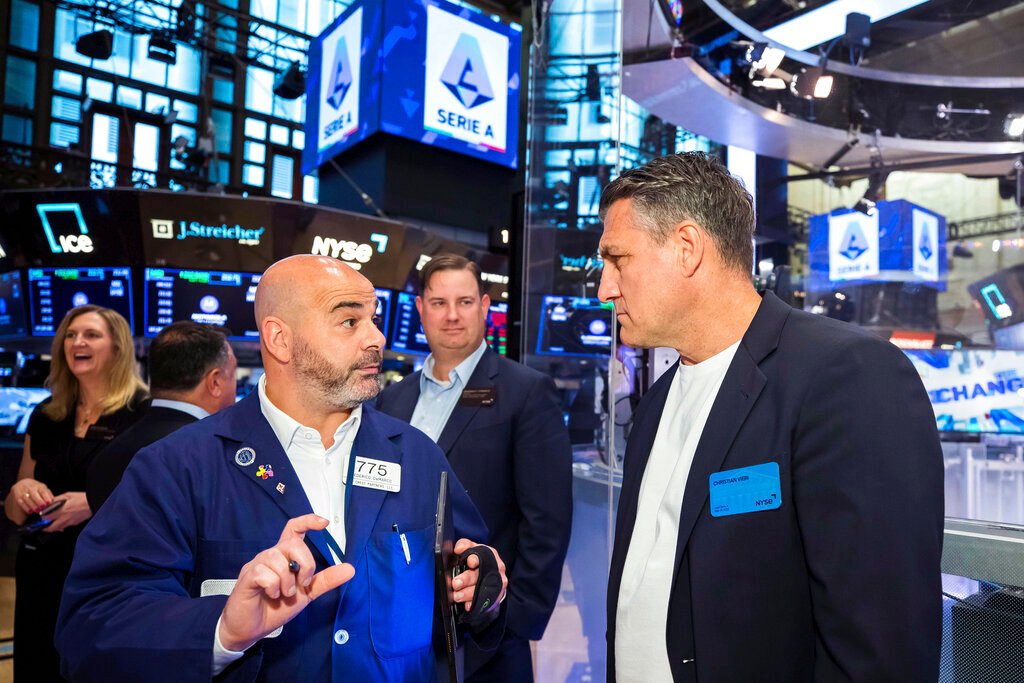 Trader Fred DeMarco, left, talks with Christian Vieri, right, on the trading floor during the visit of a delegation of Lega Serie A executives and owners to the NYSE, Tuesday, May 24, 2022. (Courtney Crow/New York Stock Exchange via AP)
Posted Wednesday, May 25, 2022 8:50 am
By The Associated Press

Futures for the Down Industrial Average and the S&P 500 declined 0.5% following mixed trading in Asia and Europe.

Investors remain on edge about inflation-fighting interest rate hikes in the United States and elsewhere, as well as Russia’s war on Ukraine and a Chinese economic slowdown.

On Tuesday, most U.S. benchmarks sank on weak U.S. housing sales data and a profit warning by the social media messaging company Snap, which owns Snapchat.

The Federal Reserve releases the minutes on Wednesday from its most recent policy meeting, potentially offering more insight into the reasons behind its actions this year.

Also on Wednesday, there was an increasingly downcast view of the months ahead from corporate leaders, government officials and other VIPs gathered at the World Economic Forum’s annual meeting in Davos, Switzerland. Russia's invasion of Ukraine is seen as a significant threat, setting back the global economic recovery from the pandemic, economists say.