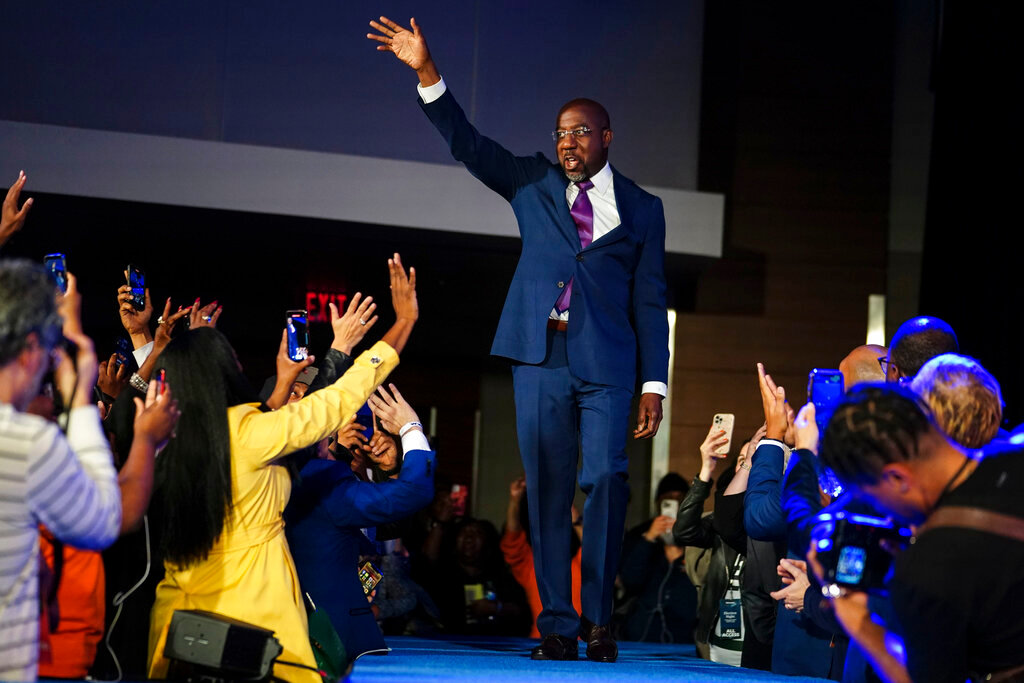 The Warnock victory  in the final contest of the 2022 election cycle gave Democrats 51 seats in the Senate to 49 for Republicans.

“After a hard-fought campaign -- or should I say campaigns -- it is my honor to utter the four most powerful words ever spoken in a democracy: The people have spoken,” Warnock told supporters at a downtown Atlanta hotel after Walker had conceded.

“The numbers look like they’re not going to add up,” Walker told supporters at the College Football Hall of Fame in Atlanta. “There’s no excuses in life, and I’m not going to make any excuses now because we put up one heck of a fight.”

Though Warnock received slightly more votes than Walker in the November general election, neither candidate earned more than 50% of the vote, triggering Tuesday's runoff.

Georgia's Senate race was the most expensive race of the 2022 cycle, with outside groups and the candidates’ campaigns spending more than $401 million in the race, according to campaign-finance tracking group OpenSecrets.

Warnock, pastor at Ebenezer Baptist Church in Atlanta, faced one of the most storied University of Georgia football players of all time.

Georgians turned out in droves to cast their ballots during the early voting period ahead of Tuesday’s runoff, with more than 1.7 million voting early during the newly shortened period. Total turnout as of Tuesday night was 3.4 million, a record for a midterm runoff in Georgia.

Memphis pastor prays for continued peace after video release
Sunday, two days after Tyre Nichols’ parents spoke from the sanctuary and called for peace following the release of video showing their son's fatal beating at the hands of police. “We’ve had calm so far, which is what we have been praying for," Pastor Kenneth Thomas said before the service. "And, of course, we hope that continues.”