We all have something at stake: Don't let Ahmaud Arbery's story pass 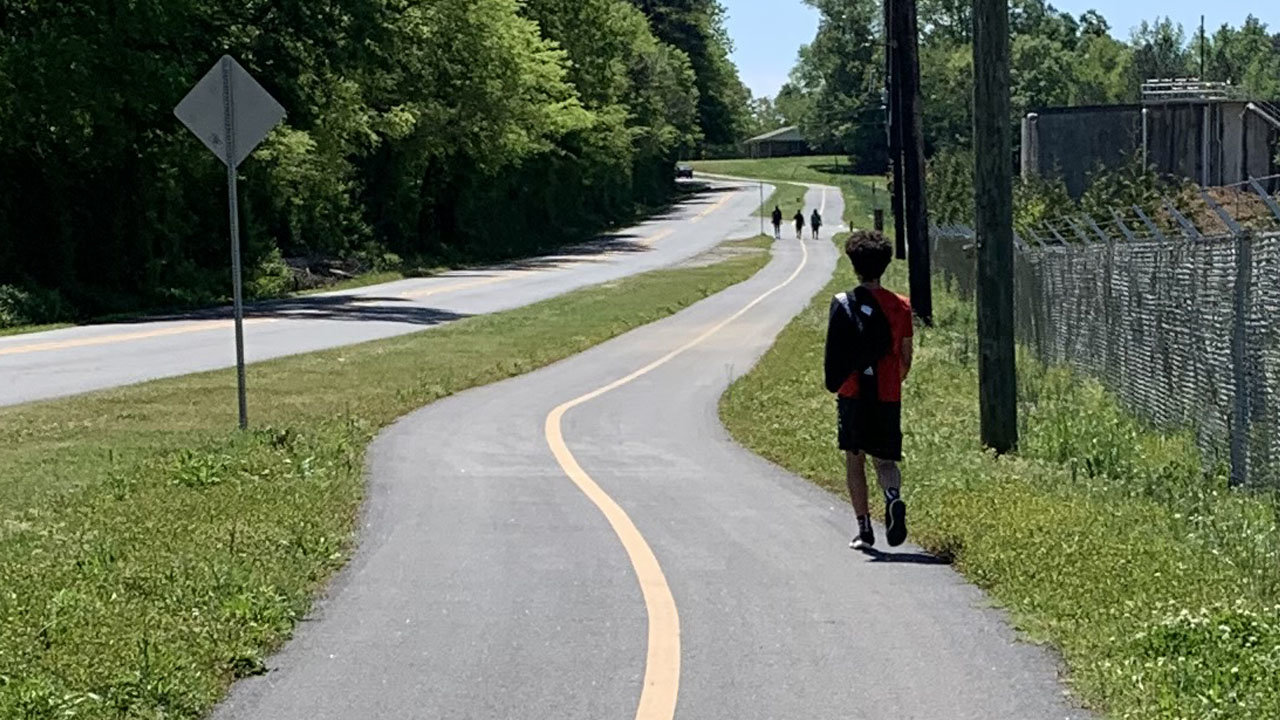 The editor's son pulls ahead on a recent run.

A few years ago my family was about to go on a trip. I was expecting a package to be delivered to my house. So I asked a friend of mine, who’s African American, if he could swing by and pick it up. That conversation went something like this.

Me: “Hey, we’ll be away this weekend and there’s going to be something dropped off at the house. Can you go by and pick it u…”

His answer slashed off the end of my question. It was quick and abrupt and had a tinge of “You just don’t know” to it. He went on to explain that him, as a black man, walking up to a house that wasn’t his in a white neighborhood and getting something off the front porch wouldn’t be the wisest of choices. He told it a little differently, actually, but I got the idea.

Learning about Ahmaud Arbery over this week, I understand a little more clearly where my friend was coming from.

The cycle of how these shootings and the responses go has become predictable and soul-weary. The story breaks (in this case not until 2 ½ months after the actual event) and there is outrage. Attempts are made to make the victim the aggressor or “not a choirboy.” Sides form regardless of the evidence. Promises are made for change. And while there is hope for those changes to follow through, there’s also the sinking feeling the reality points to us all merely waiting for the next shooting.

I’m accustomed to the “wait-until-we-have-the-whole-story” argument. While I’m a huge fan of due process, I can’t help but look at what I see in the video that has put a Georgia town on edge and pushed us all to search inwardly, asking if we’re doing enough to help prevent such future tragedies.

The beginning of the video looks very familiar to me, as a young man with brown skin jogs along a neighborhood road. I’ve seen this before whenever I go for a run with my sons. The 13-year-old is of Hispanic and African American heritage and starting to grow into his body. The 11-year-old is Caucasian and African American and even at his age, beginning to mature physically. I stay at my overweight-46-year-old-with-bad-knees gate while they push forward, effortlessly loping along in much the same way Arbery did back in February.

But there’s a crucial difference. While Ahmaud Arbery had two white men blocking his path and waiting on him in a confrontational manner, my sons have one backing them up.

I don’t know of a person who isn’t outraged over this. But check the social media posts of our African American brothers and sisters in Christ and the overall message is something different from before. They’re asking for the help of Caucasian Christians to speak out and help put a stop to these tragedies.

When you’re with others who look like you and hear something disparaging people of color, say something. At those times when their viewpoints or the weight they place on a topic like racial reconciliation is dismissed, don’t let it be. The conclusion that a black man jogging down the middle of a street in broad daylight must be a burglary suspect doesn’t happen in a vacuum. It builds due to things said, but also things unsaid.

I spoke with Chris Winford, pastor of First Baptist Church in Brunswick, earlier today, about the environment in his town. Yes, it’s tense. But also, local churches are doing everything they can to quell things down and point to Christ as the only one who can root out evils such as racism. He and Pastor Todd A. Rhodes of Shiloh Missionary Baptist Church (National Baptist Convention-USA) not only sharing a calling, but a street as their churches sit across the intersection of Mansfield and Ellis in Brunswick. Each has filled the other’s pulpit at times and both refer to the other as “brother.”

“My prayer is that Romans 8:28 becomes a prophetic statement over Brunswick and Glynn County,” he said. “How do we best respond? There are a lot of questions to ask. We have to show that the love of Christ is for everybody. It knows no color.”

The other night I went to my older son and asked if he’d heard about a young man named Ahmaud Arbery. He hadn’t. I told him what happened, that in this world if he and I jogged down the same street, there’s a much greater chance he’d be considered a threat than me because of the color of our skin. The fact we've lived under the same roof his entire life wouldn’t matter.

For obvious reasons I can’t explain to my sons what it’s like to be a black man in America. At best, I can pass along the experiences of others. But for just-as-obvious reasons I can speak up on their behalf. (Eyeballing those who resemble me in skin tone) We all can.

We can make a stronger attempt at understanding how they see the world, because of how the world sees them.