'We don't have food': African leaders meet as crises grow 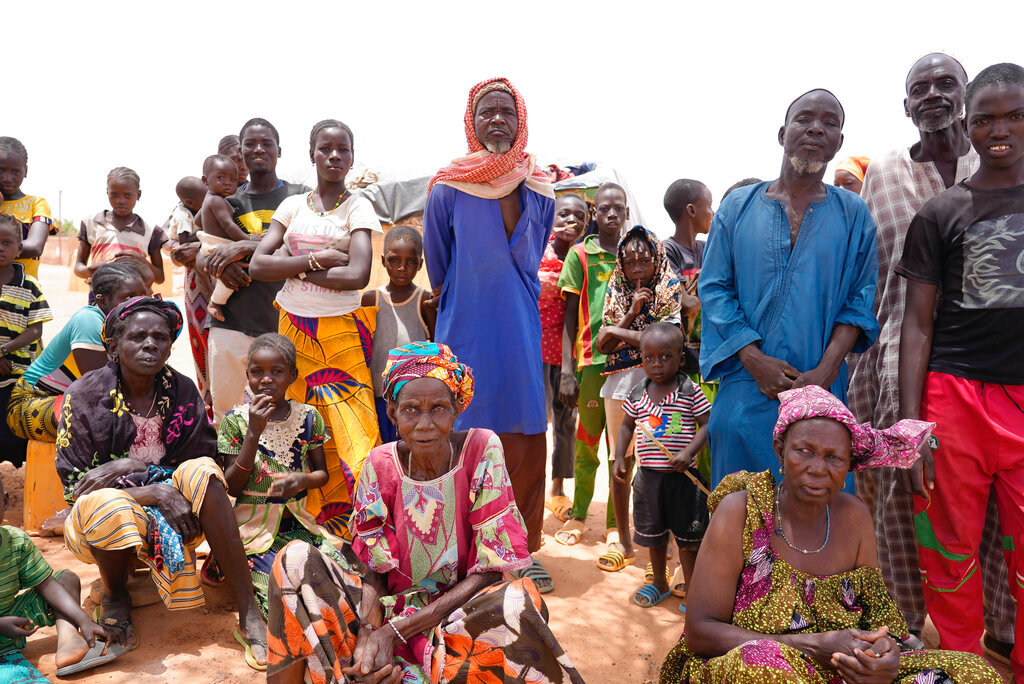 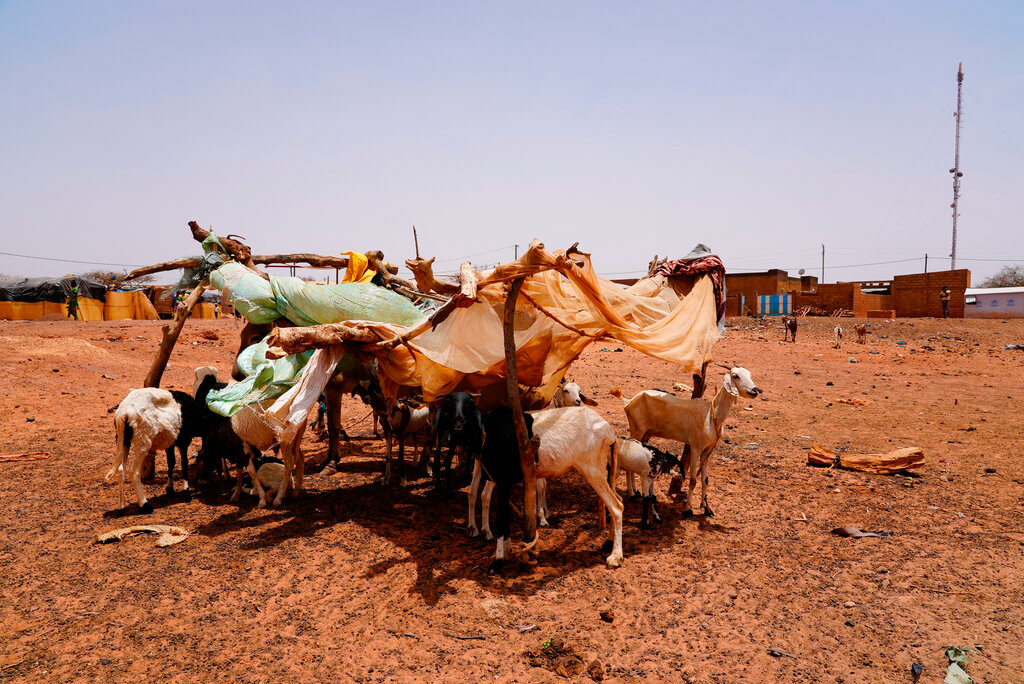 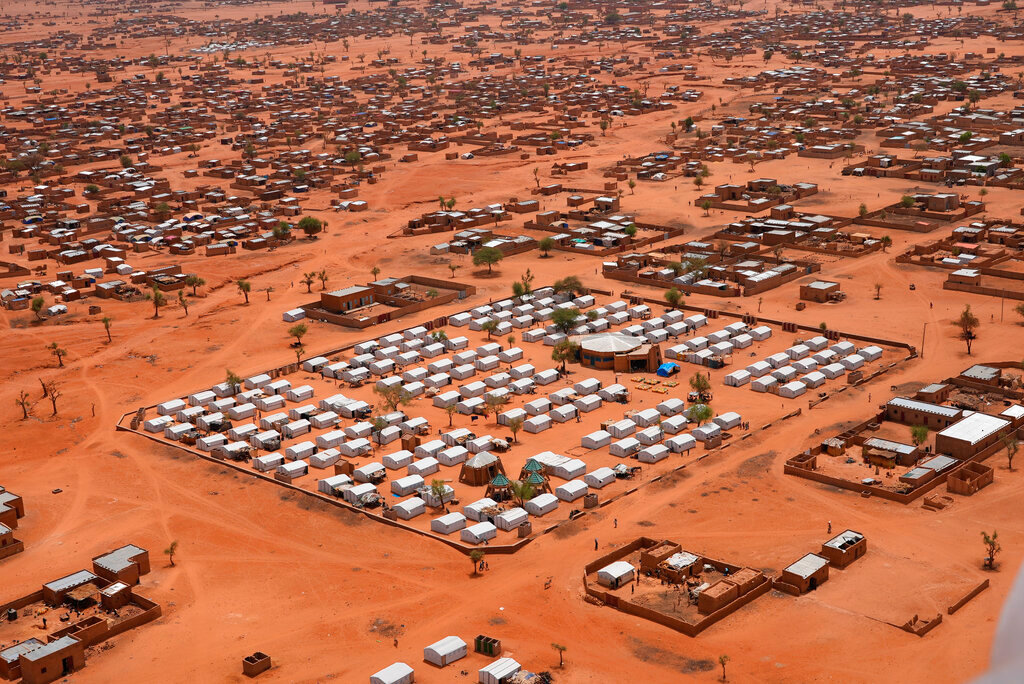 Burkina Faso is facing its worst hunger crisis in six years, more than 630,000 people are on the brink of starvation, according to the UN.”
By SAM MEDNICK, Associated Press

Leaders called for increased mobilization to resolve a humanitarian crisis that has left millions displaced and more than 280 million suffering from malnourishment.

For people in Djibo, a town in northern Burkina Faso near the border with Mali, any help can’t come soon enough.

The city in the Sahel region -- the large expanse below the Sahara Desert -- has been besieged since February by jihadis who prevent people and goods from moving in or out and cut water supplies. Few truckers want to run the jihadist gauntlet. Residents are suffering with no food or water, animals are dying and the price of grain has spiked.

“The goods are not arriving anymore here. Animal and agricultural production is not possible because the people cannot go back to their villages,” U.N. resident and humanitarian coordinator Barbara Manzi told The Associated Press from Djibo this week. “Unless (a solution) is found, it’s going to be really a tragedy for the entire group of people that are here.”

Djibo has been at the epicenter of the violence linked to al-Qaida and the Islamic State group that has killed thousands and displaced nearly 2 million people. While Djibo — and Soum province where the town is located — experienced periods of calm, such as during a makeshift ceasefire between jihadis and the government surrounding the 2020 presidential election, the truce didn’t last.

Since November, insecurity in the region has increased. Jihadis have destroyed water infrastructure in the town and lined much of Djibo’s perimeter with explosives, blockading the city, say locals.

The town’s population has swollen from 60,000 to 300,000 over the last few years as people flee the countryside to escape the violence.

Blockading cities is a tactic used by jihadis to assert dominance and could also be an attempt to get Burkina Faso’s new military junta, which seized power in January, to backtrack on promises to eliminate the jihadis, said Laith Alkhouri, CEO of Intelonyx Intelligence Advisory, a group that provides intelligence analysis.

“Militants resort to blockading when they see an opportunity to gain incentives in negotiating with the government and simultaneously send a message to their base that they are in control. It’s a bargaining card and a winning one,” he said.

A U.N. team flew in briefly to assess the situation. The AP was the first foreign media to visit the town in more than a year.

The 53-year-old father of 13 fled his village in February and said the blockade in Djibo has prevented people from coming to the market to buy and sell cattle, decreasing demand and lowering prices for the animals by half.

Before the violence, Djibo had one of the biggest and most vital cattle markets in the Sahel and was a bustling economic hub. Some 600 trucks used to enter Djibo monthly, now it’s less than 70, said Alpha Ousmane Dao, director of Seracom, a local aid group in Djibo.

Burkina Faso is facing its worst hunger crisis in six years, more than 630,000 people are on the brink of starvation, according to the UN.

Efforts to end the blockade through dialogue have had mixed results. At the end of April, the emir of Djibo met with Burkina Faso’s top jihadist, Jafar Dicko, to negotiate lifting the siege. However, little progress has been made since then.

Locals say the jihadis have eased restrictions in some areas allowing freer movement, but that the army is now preventing people from bringing food out of Djibo to the surrounding villages for fear it will go to the jihadis.

The army denied the allegations.

Dadou Sadou searches for wood and water in the middle of the night outside of Djibo, when she says the jihadis are not around.

“We no longer have animals, we don’t have food to buy in the market … If you have children, you don’t have a choice,” she said.