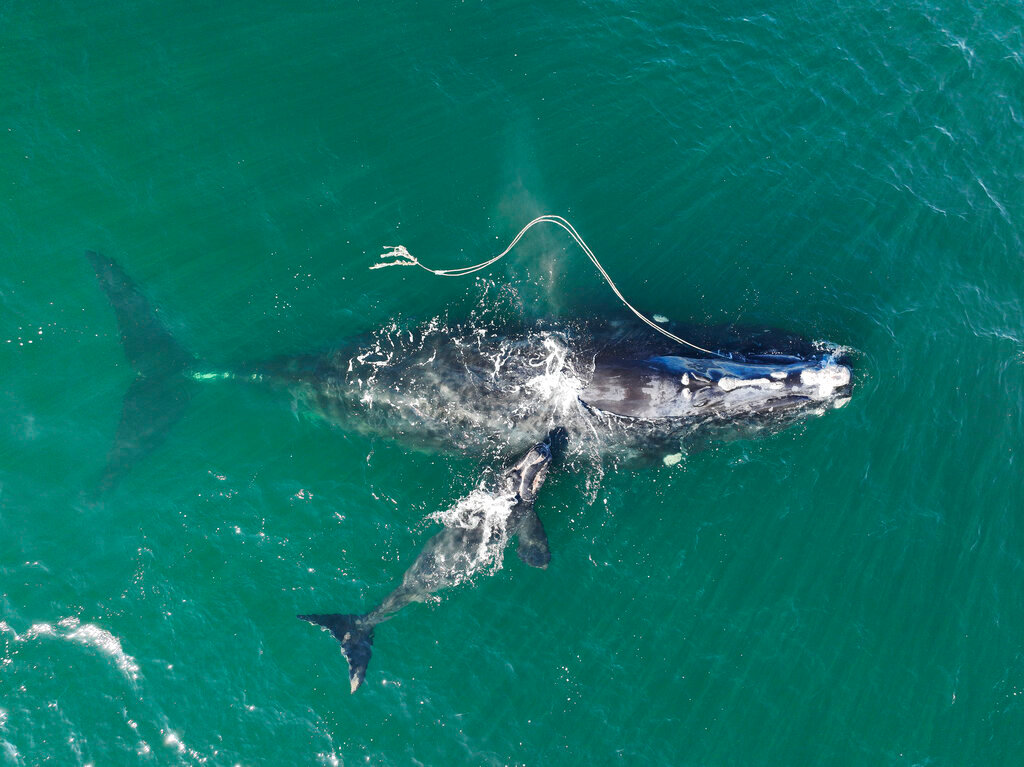 PORTLAND, Maine (AP) — The number of whales entangled in fishing gear has declined recently, but the entanglements remain a critical threat to rare species, the federal government said in a report released Tuesday.

There were 53 confirmed cases of large whales entangled in gear in the U.S. in 2020, the National Oceanic and Atmospheric Administration said Tuesday. That was a 25% decline from the previous year and a lower figure than the 13-year average, the agency said.

Entanglement in fishing gear is one of the two biggest threats to declining species of whales, particularly North Atlantic right whales, which number less than 340 in the world. The other threat is collisions with ships.

Every coastal region except Alaska saw a decrease in whale entanglements, NOAA said. The agency said it will take more research to determine the cause of the decline in entanglements.

The right whales give birth off Florida and Georgia and migrate north to the waters off New England and Canada to feed.

The current level of entanglements is more than whales can stand, said Kristen Monsell, an attorney with the Center for Biological Diversity, a conservation group. The group and others have pushed for tighter restrictions on commercial fishing to prevent the whales from entanglement.

“These reports show far too many endangered whales are caught in fishing gear, particularly because reported entanglements are just the tip of the iceberg,” Monsell said.