What to expect at the Southern Baptist Convention 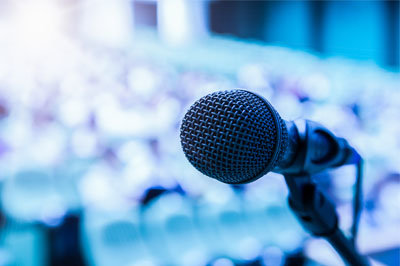 I was at the much-heralded Southern Baptist Convention in Dallas in 1985. Gregory Wills, professor of church history and dean of Southern Baptist Theological Seminary, called the 1985 annual meeting “a watershed moment.”

At the Pastors’ Conference that year Dr. W.A. Criswell of First Baptist Church in Dallas preached one of his masterful sermons “Whether We Live or Die.” In that sermon, he spoke of the death of a denomination. It was Criswell at his best, calling Southern Baptists to reject liberalism and rally around the Word of God.

It was in that Dallas convention gathering that Charles F. Stanley was elected to a second term over moderate challenger Winfred Moore by a 55.3-44.7 margin.

It was at that historical convention, with 45,519 registered messengers, that Cecil Sherman, then-pastor of Broadway Baptist Church in Fort Worth and one of the champions of the moderate cause, believed that his comrades would turn the tide and go back to their homes and churches clothed in laurels and victory.

However, when the convention ended Sherman drove the 35 miles west to Fort Worth thinking that the battle for the SBC had been lost to the political “Fundamentalists” as he chose to call the conservative movement.

The 1985 convention was indeed “a watershed moment,” and the Conservative Resurgence was taking shape and gaining favor among the vast majority of Southern Baptists.

This year we will gather in Dallas for only the sixth time in our history. We also met in Dallas in 1997, 1985, 1974, 1965, and 1894. The first meeting drew 772 messengers. Some have estimated that this year we could have up to 10,000 messengers gather in the largest metropolitan area in the South. According to William Townes, SBC Executive Committee vice president for Convention Finance, the advance hotel reservations are about 25 percent ahead of reservations this time last year.

There are some important things that will be on the agenda, but it is almost a certainty that the drama of the 1985 convention will not be repeated at the Kay Bailey Hutchison Convention Center this year.

However, there will be the election of a new president. The announced candidates at this point are J.D. Greear, 44, pastor of The Summit in Durham, NC, and Ken Hemphill, 69, former president of Southwestern Baptist Theological Seminary and current administrator at North Greenville University in Greenville, SC.

Many think that this year’s convention could mark the changing of the guard in the denomination. If J.D. Greear is elected it may very well signal a new era in Southern Baptist life. And I must admit that I don’t have a clue as to what that might mean. It is also likely during the new president’s tenure of service that leaders for four of our agencies/institutions will need to be selected. So, there are vacuums that will need to be filled in the immediate future.

There is also much speculation about whether or not Paige Patterson, president emeritus of Southwestern Seminary, will preach the convention sermon. Some have been critical of comments he has made in the past regarding the abuse of women. The firestorm that has followed these accusations and comments has prompted some to request that he not preach the high-profile sermon on Wednesday morning of the convention.

It is possible that someone could recommend the motion to adopt the order of business be amended so that the alternate preacher, former Georgia pastor Kie Bowman, deliver the convention sermon rather than Patterson.

On the other hand Patterson could announce that he is yielding his preaching privilege to Bowman and thus defang those who want another reason to bite and devour him. However, it should be acknowledged that the president emeritus of SWBTS is the kind of man who is committed to preaching the word “in season and out of season.” I think he would be prepared to preach, pray, or die at the drop of a hat.

The present climate in the convention leads one to expect some interesting resolutions, including the possibility of resolutions on domestic abuse, gun control, criminal justice reform, racial justice, ethnic diversity, and gender identity.

We can also anticipate a report from the evangelism task force SBC President Steve Gaines appointed last June. Paige Patterson is also the chairman of that committee. We need to be motivated to reach our world for Christ beginning with our own neighbors.

Southern Baptists seem to be so fragmented and divided over a multitude of issues that one wonders if we can ever get back to focusing our attention on winning souls.

In the sermon Dr. Criswell preached in Dallas in 1985, he gave the following oft-used illustration. It seems appropriate here:

“Years ago, I saw a pathetic picture in Life magazine. A little boy had been lost in a horizon-to-horizon Kansas wheat field, had wandered away from the house, and had lost his way in the vast sea of standing stalks.

“Frantically, the parents had searched for the small child to no avail. The sympathizing neighbors helped, but without success. Finally, someone suggested they join hands and comb the fields by sections. The picture I saw was the sorrowing neighbors with the family standing over the dead body of the little boy, and the cry of the father printed in the caption below: "Oh, if only we had joined hands before!

Criswell concluded, “United in prayer, preaching, witnessing, working, not around the higher-critical denial of Scripture, but around the infallible Word of God in Christ Jesus, we cannot fail. If we join hands with the blessed Savior, and deliver the message of the inerrant Word of God, God will rise to meet us.”