Why didn't God start with the new heaven and new earth? 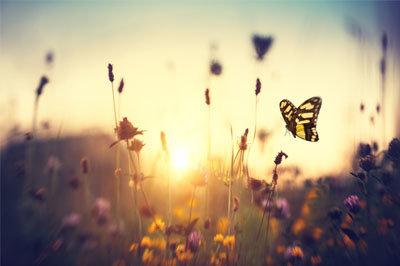 Posted Wednesday, May 2, 2018 4:00 pm
Paul Baxter
“If God foreknew what was going to happen why didn’t He forego this world and create a new heaven and a new earth in the beginning?” While Ed Sullivan used to talk about having “a really big shew” (show) we can certainly call this a “really big question” that defies a comprehensive and conclusive answer. This question was asked by a deep-thinking relative and reflects a persisting problem for her to reconcile a God of loving goodness with a world of hateful wickedness. She has posed this question to me in various forms, and so far I have yet to satisfy her questioning mind. Certainly, this is a probing and piercing question that might be termed “a mental-spiritual stress test” for a Christian. It stretches me to the limit as I strive to offer my best yet answer. Here goes – with much prayer and a little lingering fear of failing again to satisfy her inquiring mind. First, I must concede that God knew His creation would fall into sin and sickness, suffering, and sorrow. Therefore, many of us can not only sympathize, but empathize with her anguished question as to why God didn’t bypass The Fall to create this “new” Heaven and Earth He has promised at the end of time! After all, not only would the human race have avoided what has sometimes been a hell on earth, but He in the Person of Jesus Christ would have avoided the hell of Gethsemane and Calvary! Second, I must also congratulate my relative for having such a fine-tuned sensitivity to the problem of pain. She is deeply disturbed by a world where people experience much misery and evil people sometimes triumph while good people sometimes get trounced. Of course, “this sensitivity” reveals with utmost clarity and undeniability that we have a God-given sense of compassion and justice. Peter Kreeft and Ronald Tacelli in their book Handbook of Christian Apologetics have much to say to us as we grapple with this “Big Question”:

The fact that we do not naturally accept this world full of injustice, suffering, sin, disease and death – this very fact of our outrage at evil is a clue that we are in touch with a standard of goodness by which we judge this world as defective, as falling drastically short of the mark. The fact that we judge something evil might even be developed into an argument for the existence of the standard of Perfect Goodness implied in our judgment, and thus for the existence of the God of perfect goodness whom evil’s existence seems to disprove.” (Tough Questions Leader’s Guide, WC, p. 41).

Timothy Keller writes in his book Walking with God through Pain and Suffering:

There is a moral assumption in the minds and hearts of those who find suffering weakening their faith rather than strengthening it. The assumption is that God … has failed to do the right thing, that he has violated a moral standard. Evil is only evil if it contravenes a moral norm. When we say, “I can’t believe in a God who would allow this,” we are saying that God is somehow complicit with evil.

But this creates a conundrum for the skeptic who disbelieves in God. It is inarguable that human beings have moral feelings. A moral feeling means I feel some behavior is right and some behavior is wrong, and even repulsive. Now, if there is no God, where do such strong moral instincts come from? We can call this a conundrum because the very basis for disbelief in God – a certainty about evil and the moral obligation not to commit it – dissolves if there is no God. The ground on which you make your objection vanishes under your feet. So, not only does the argument against God from evil not succeed, but it actually has a “boomerang effect” on the users. Because it shows that you are assuming something that can’t exist unless God does. And so, in a sense, you are relying on God to make an argument against God. The most famous victim of this boomerang experience was C.S. Lewis (pp. 103-104). Keller refers the reader to C.S. Lewis’ classic Mere Christianity. I have found no one who reasons with such pure logic as Lewis. He writes how his atheism began to crumble because his own heart and mind that rebelled against our world’s unjustness also had to face up to “why” he felt and thought the way he did: “My argument against God was that the universe seemed so cruel and unjust. But how had I got this idea of just and unjust? A man does not call a line crooked unless he has some idea of a straight line.” Andrea Palpant Dilley was raised by medical missionaries in Kenya where her confrontation with “death and darkness” eventually led her not just to question, but jettison, her faith in God. She later wrote:

My relative’s moral sensitivity in and of itself is a testimony to the existence of a moral and good God. Next time I want to move on to my third and fourth points. They involve a humble confession and a somewhat open-ended conclusion. Until then...