Why do you believe in Baptist associations and state mission boards? 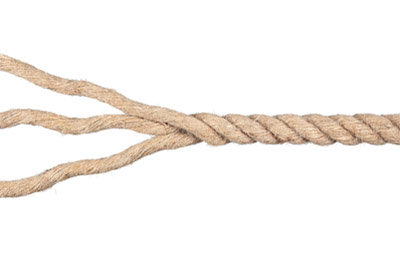 I have always believed we should not just retire from something, but to something. Some people retire to fishing, hunting, golfing, gardening, traveling, reading, or just “puttering around the house and yard.” I was open and receptive to whatever opportunities for ministry came my way at my retirement from a 32-year pastorate in one wonderful church.

When asked to do some teaching, writing, and counseling, it was easy to say yes because I have been involved in these ministries for years. Although I had never thought about being an associational missionary, I firmly believe in the importance of a Baptist association, of Baptist churches coming together to support and encourage one another in sharing the Gospel of Jesus Christ. I believe there are two compelling reasons to support Baptist Associations: The first is biblical and the second is personal.

The First Church in Jerusalem (that baptized professed believers by immersion) followed what I call the Original Recipe spelled out in the New Testament. It was not long before other churches were started throughout the Mediterranean world. The Apostle Paul planted some of them and wrote to many. These churches knew they were islands in a sea of idolatry and immorality, and therefore needed to “associate” with one another for support and encouragement.

Let’s turn to his Letter to the Galatians, Chapter One verses 1 & 2: “Paul, an apostle … to the churches in Galatia.” He was writing to a group or association of churches in Galatia. Let’s slip over to The Book of Revelation, Chapters 2-3 where John wrote to seven churches that were grouped together or associated with one another along a major Roman road. After John’s letter arrived in Ephesus it was then taken north to Smyrna and on to Pergammum, then southeast to the other four churches that were in this group or association.

The first, or mother, church of these seven was Ephesus that we read had “abandoned its first love” – had gotten away from the original recipe. We Baptists believe in working together to get back to that original recipe! There is a good biblical reason for a Baptist association.

May I share with you my personal reasons for believing in a Baptist association?

First, when I graduated from Georgia and went off to Yale University Divinity School, my wise pastor said I needed to keep my feet on the ground. He strongly recommended I work for our Home Mission Board that was starting churches up there among those Connecticut Yankees. I learned more about ministry while working with Southern Baptists in Connecticut – being associated with other Baptists. I remember my ordination examination when Southern Baptist ministers and missionaries from Connecticut, Massachusetts, and Rhode Island came to make sure I knew what I was doing and to assure me they would be there for me if I needed them!

After earning my master’s degree, I became pastor of a small church in northern Kentucky where I also began work on my last degree. The church desperately needed a music director and I have zero musical ability. The man leading the choir couldn’t read music and the man leading the congregational singing was enthusiastic but, like me, didn’t know how to hit a note. Where could I find a music director?

While attending a Grant County Baptist Association meeting I met a most gifted music guy who had just graduated from college. He was teaching school and leading the music in his home church. I latched on to him like a drowning man grabs hold of a life preserver. He became our minister of music and later went on to seminary. He just retired as minister of music of First Church on the Square in LaGrange. We worked together in three churches going back to 1974 – thanks to an associational meeting.

There is one last personal reason why I believe in Baptist associations. When I hit the lowest point in my life many years ago, the Baptist ministers in our association who I met with each Monday could not have been more supportive and encouraging to me. Because of their and my church’s support during these darker-than-dark days, I never seriously considered leaving LaGrange and ended up staying 32 years. I will be forever indebted to that church and association!

In these times that truly try our souls we as Christians, as Southern Baptists, need to pull together as one! We need to support and encourage one another. That is what a church and an association of churches is all about!

God Bless them, each and every one!