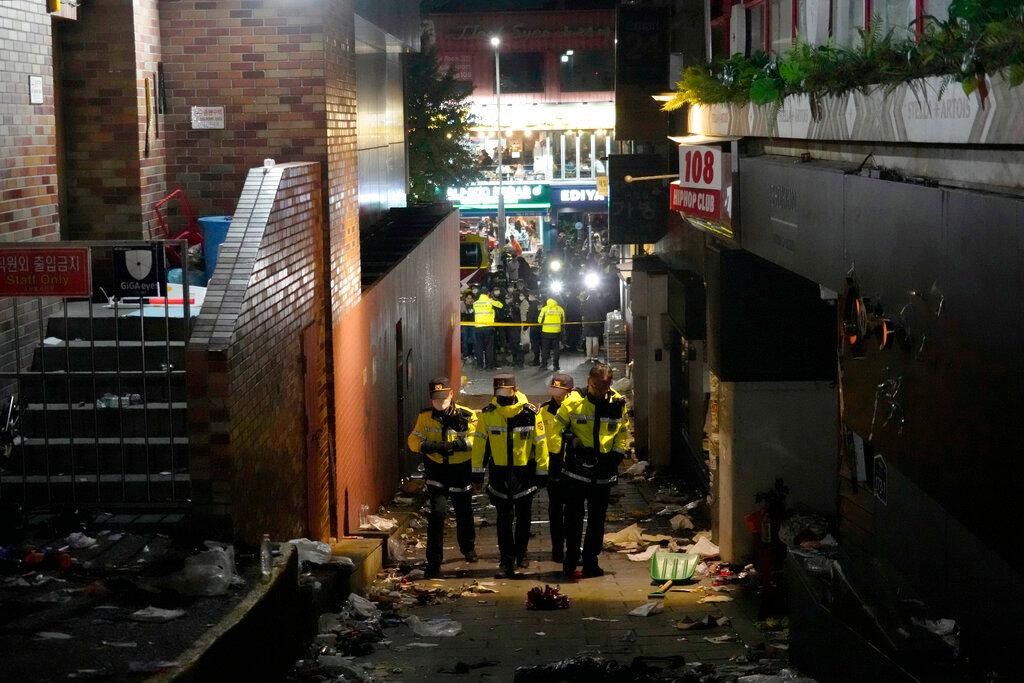 SEOUL, South Korea (AP) — As he watched a dozen or more unconscious partygoers carried out from a narrow backstreet packed with youngsters dressed like movie characters, an overwhelmed Ken Fallas couldn’t process what was happening.

Fallas, a Costa Rican architect who has worked in Seoul for the past eight years, said Saturday’s Halloween festivities at the city’s nightlife district of Itaewon were a long-awaited occasion to hang out with fellow expatriates following years of COVID-19 restrictions

Instead, the 32-year-old became a front-row witness to one of the most horrific disasters South Korea has seen.

The smartphone video Fallas took following the deadly crowd surge shows groups of Halloween revelers carrying out their unconscious peers, one after another, from an alley near Hamilton Hotel, passing by throngs of people dressed in capes and Miyazaki movie costumes. Some people are seen administrating CPR to injured people on the pavement while others shout for help above blaring dance music.

Fallas said police and emergency workers were constantly pleading with people to step up if they knew how to give CPR because they were overwhelmed by the large number of injured laid out on the street.

“I saw a lot of (young) people laughing, but I don’t think they were (really) laughing because, you know, what’s funny?” Fallas said. “They were laughing because they were too scared. Because to be in front of a thing like that is not easy. Not everyone knows how to process that.”

Fallas said he and his friends were trapped among the huge throngs of people pushing toward the alley when police officers began breaking the lines from behind to approach the injured. He said people near his group didn’t initially know what was happening.

“We were unable to move back. The music was loud. Nobody knew what was happening. People were still partying with the emergency happening in front of us,” he said. “We were like, ‘What’s going on from here, where we can go?’ There was no exit.”