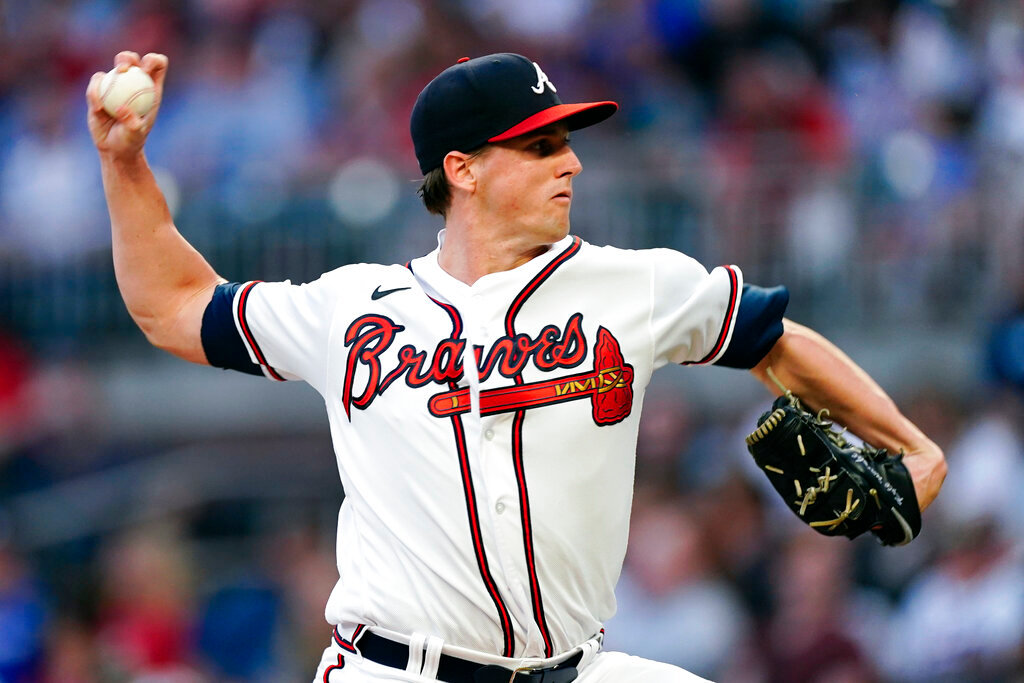 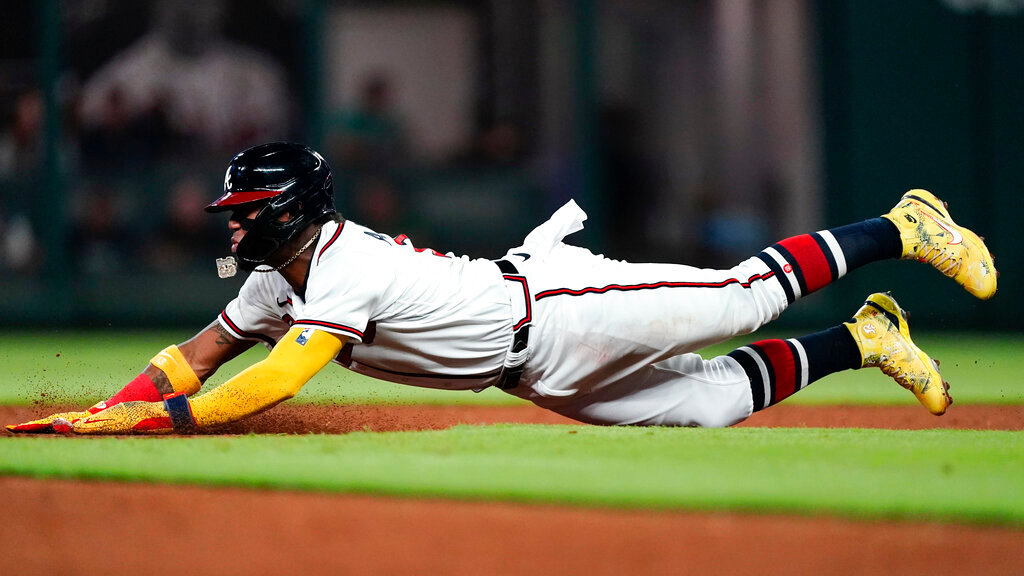 Atlanta Braves' Ronald Acuna Jr. slides into second base on an unsuccessful steal-attempt in the third inning against the Washington Nationals, Monday, Sept. 19, 2022, in Atlanta. (AP Photo/John Bazemore)
Previous Next
Posted Tuesday, September 20, 2022 8:46 am
By GEORGE HENRY, Associated Press

The defending World Series champions won their ninth straight home game to improve to 92-55. Atlanta began the day one game behind the first-place New York Mets in the NL East.

Wright (19-5) won his sixth consecutive decision, allowing two runs and eight hits with one walk and seven strikeouts in six innings. The Braves improved to 22-6 in Wright’s starts this season, including seven straight wins. Wright threw 64 of 88 pitches for strikes.

Riley hit his 37th homer, second-best in the NL, and his eighth against the Nationals in 14 games this year. He went deep in the first off Cory Abbott, his 368-foot shot barely clearing the wall in left field. Rosario connected off Steve Cishek to make it 5-2 in the seventh, his fifth homer traveling 392 feet to right.

Last-place Washington dropped to 51-96 and lost for the seventh time in nine games.

Wright is 3-0 with a 3.15 ERA in three starts this year against the Nationals. The No. 5 overall draft pick of 2017 gave up a single in the first, the second, and the fourth but didn’t allow a runner into scoring position until Ildemaro Vargas doubled to begin the fifth.

Vargas advanced on C.J. Abrams’ single and scored on Victor Robles’ sacrifice fly. Wright issued his lone walk before Alex Call doubled to drive in Abrams to trim the lead to 4-2. Wright gave up singles to Joey Meneses and Vargas in the sixth but struck out Riley Adams to end the threat.

Jesse Chavez faced the minimum in the seventh, Raisel Iglesias faced four batters in the eighth, and Kenley Jansen pitched a perfect ninth for his NL-leading 35th save in 42 chances.

The Braves scored three runs in the fourth. Riley walked and advanced on a double by Matt Olson that ended an 0-for-22 stretch, then scored on Travis d’Arnaud’s single. Michael Harris II followed with an RBI single. He stole second, advanced to third on a throwing error by Adams, and scored on William Contreras’ sacrifice fly.

Facing Atlanta for the first time, Abbott (0-3) allowed four runs and six hits in four innings, his ERA rising 51 points to 5.70 in seven starts this season.

Meneses went 4 for 4, each of his hits a single.

The Braves improved to 11-3 against Washington this season.