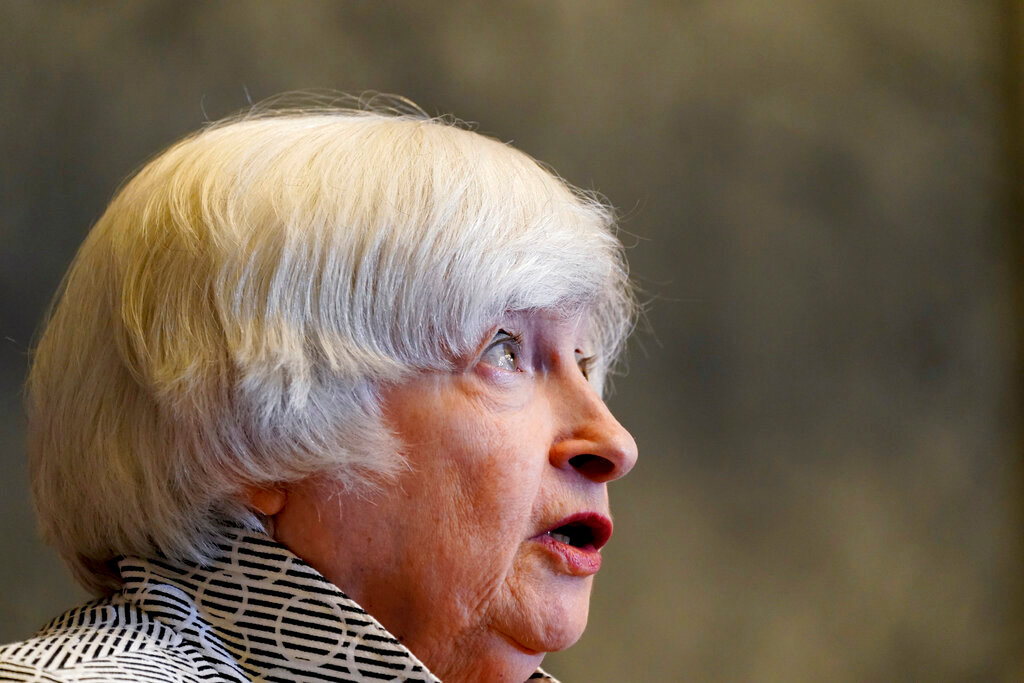 In part, the improvements are meant to “end the two-tiered tax system, where most Americans pay what they owe, but those at the top of the distribution often do not," Yellen said in a Tuesday memo to IRS Commissioner Chuck Rettig, whose term ends in three months.

Yellen’s memo, obtained by The Associated Press, outlines the importance of modernizing IRS computer systems and ensuring the agency has an adequately-staffed workforce now that the tax collector is set to receive nearly $80 billion over the next 10 years.

Yellen has called for the IRS to “fully resolve the inventory backlog and make significant improvements in taxpayer services," “to overhaul an information technology system that is decades out of date” and invest and train employees “so they can identify the most complex evasion schemes by those at the top."

This year's tax season resulted in the worst backlog in history for the beleaguered IRS, which has also been tasked with administering pandemic-related programs, including sending out stimulus checks, emergency rental assistance and advance child tax credit checks.

In its June report to Congress, the National Taxpayer Advocate, an independent watchdog within the IRS, also said taxpayers have experienced longer wait times on the telephone, and delays in processing paper returns have been running six months to one year.

Additional funding for the agency has been politically controversial since 2013, when the IRS under the Obama administration was found to scrutinize political groups that applied for tax-exempt status.

House Minority Leader Kevin McCarthy (R-Calif.) last week tweeted that “Democrats’ new army of 87,000 IRS agents will be coming for you -- with 710,000 new audits for Americans who earn less than $75k."

Yellen last week sent instructions to IRS leadership not to increase audit rates on Americans making under $400,000 a year annually.