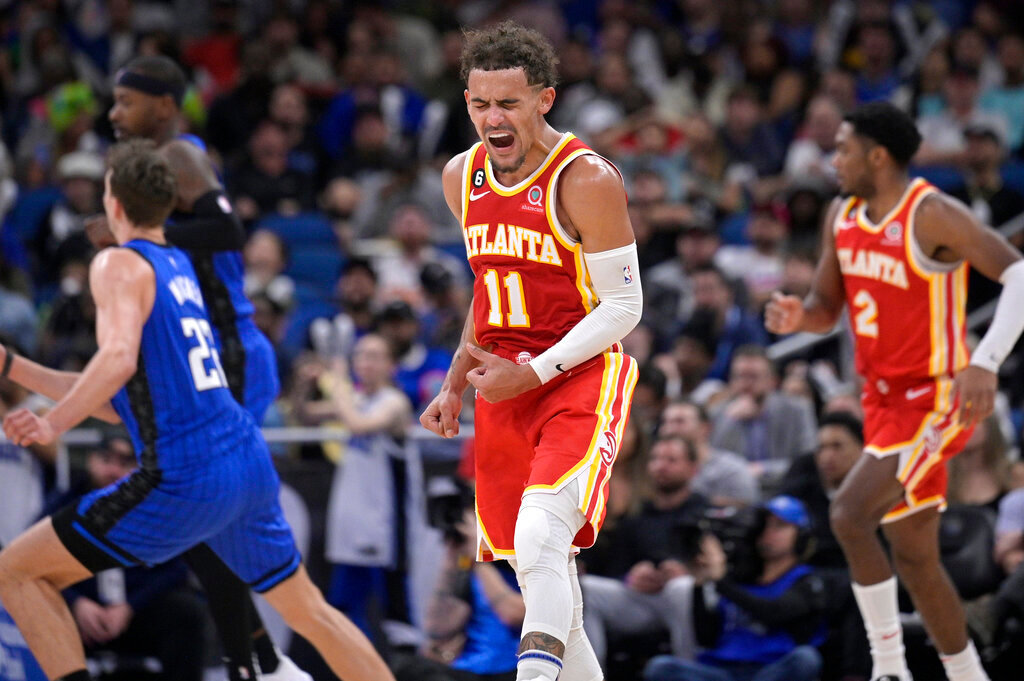 Atlanta Hawks guard Trae Young (11) reacts after a score during the second half against the Orlando Magic, Wednesday, Nov. 30, 2022, in Orlando, Fla. (AP Photo/Phelan M. Ebenhack) 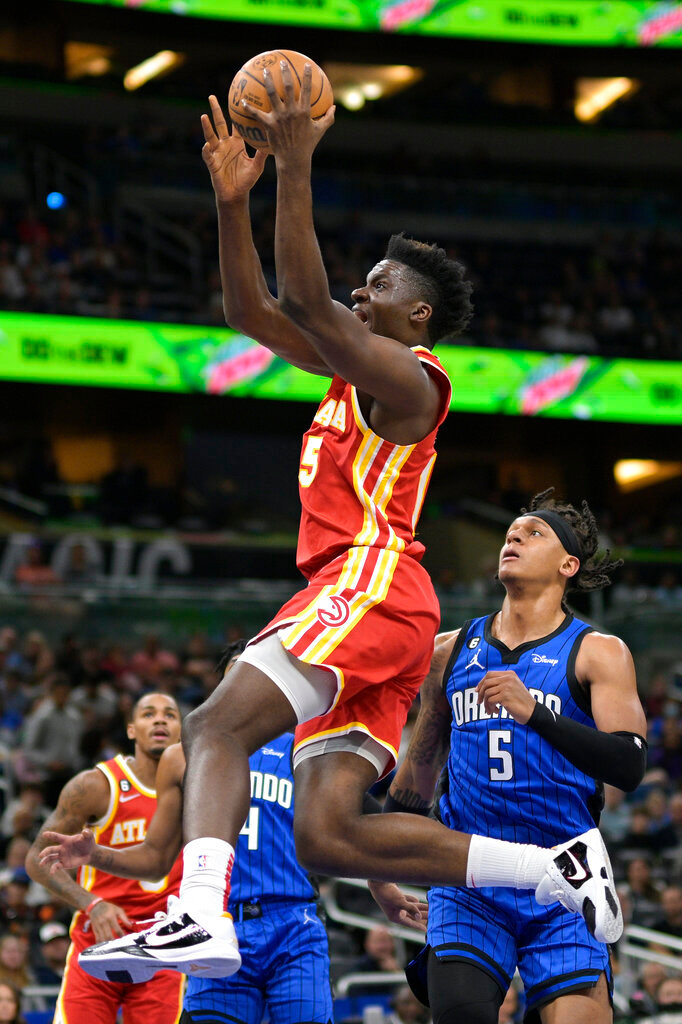 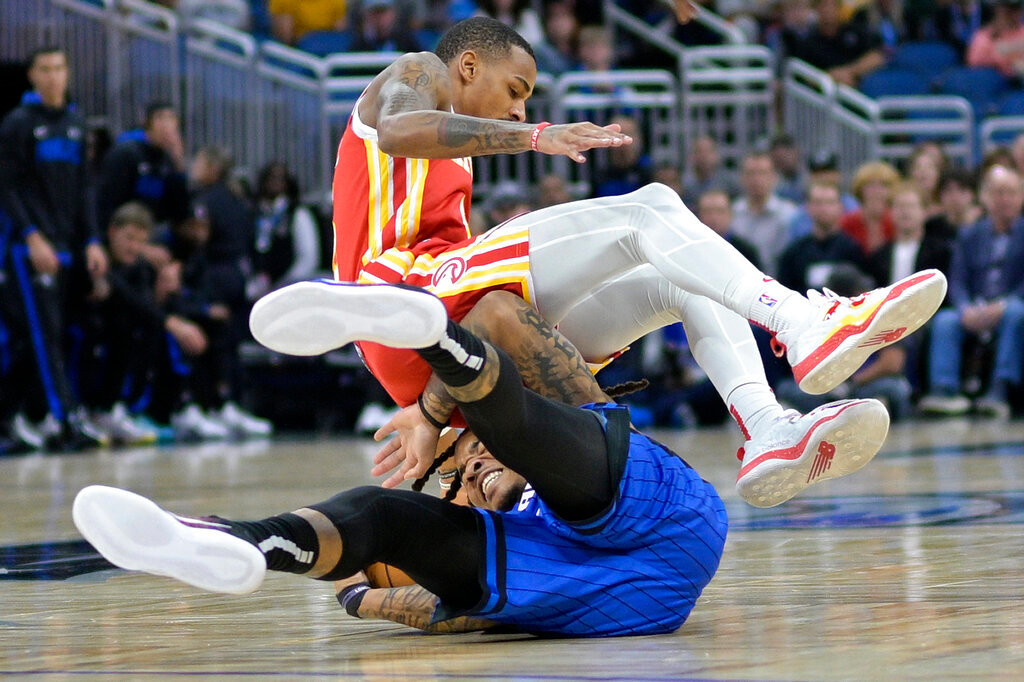 ORLANDO, Fla. (AP) — Trae Young had 30 points and 14 assists and the Atlanta Hawks snapped a three-game losing streak with a 125-108 win over the Orlando Magic on Wednesday night.

Dejounte Murray added 27 points and Clint Capela finished with 20 points and 12 rebounds after a dominating first quarter in which Atlanta built an 11-point lead.

The game marked the season debut of Magic point guard Markelle Fultz (toe fracture), and the return of guard Cole Anthony, who missed 17 games with a torn right oblique.

By the time AJ Griffin hit Atlanta's first 3-pointer, the Hawks led by 14 points. Young's first 3-pointer put Atlanta up 66-45 and he was just heating up after spending most of the first half setting up teammates.

When the Magic rallied in the fourth quarter, Young, Capela and Murray got back in the game for a few minutes. But Orlando never got closer than 15 points.

Led by Capel and Jarrett Culver (12 rebounds), Atlanta had a 49-33 rebound advantage.