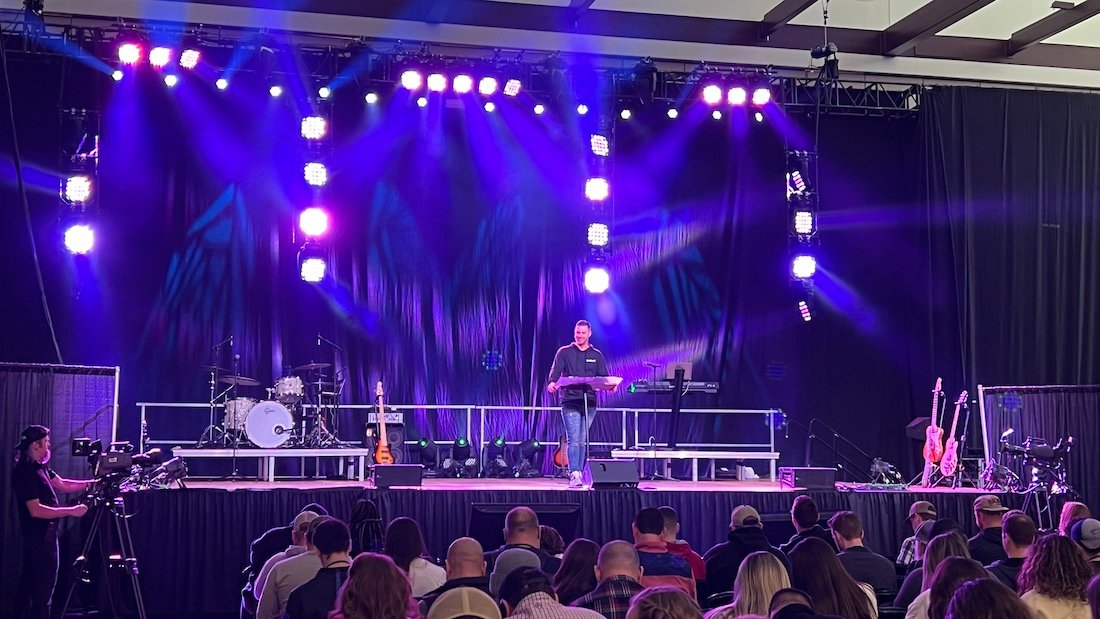 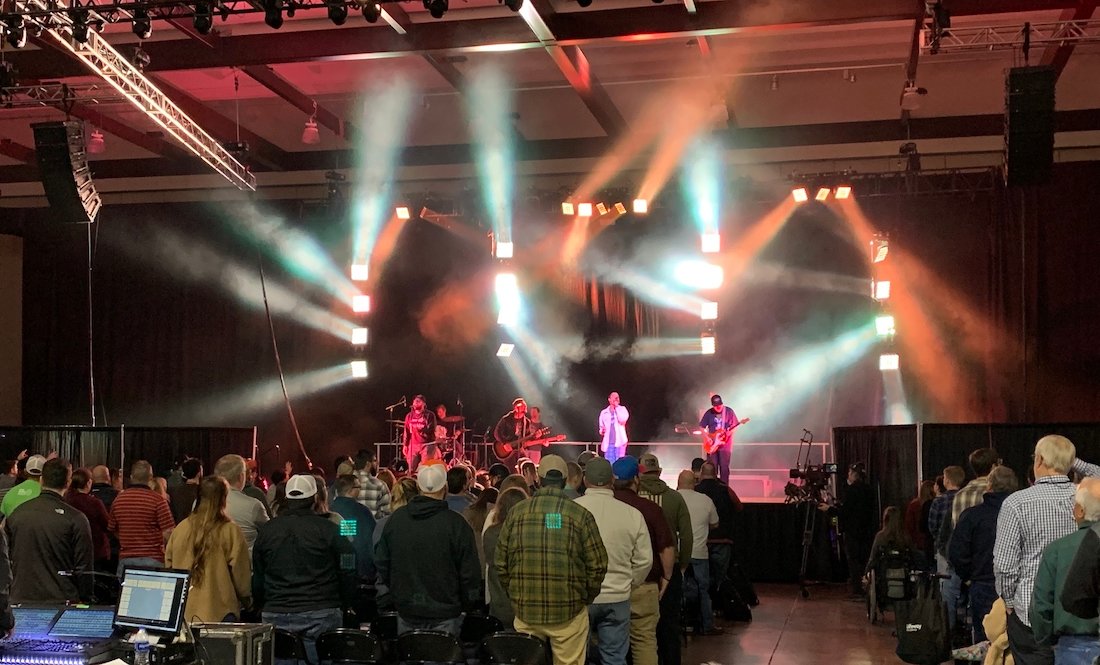 CHATTANOOGA, Tenn. – Hundreds of Southern Baptist student ministry leaders came together in the Chattanooga Convention Center for the annual Youth Ministry Conclave to refocus, reset and recharge as they prepare to further their ministry to students across the nation.

“Conclave is a partnership of multiple state conventions,” said Chris Trent, next gen catalyst for the Georgia Baptist Mission Board. “Every year, it feels like worship is special because it provides that opportunity where leaders can be in the room, but they don’t have to worry about [leading] anything.”

Attendees heard from speakers like the North American Mission Board’s national next gen director, Shane Pruitt, who emphasized the need for churches to focus more intentionally on calling out students who may sense a call to vocational ministry.

“In the Bible, you see what we would call a unique calling to ministry,” Pruitt said, preaching from Ephesians 4. “There is a unique calling on some, and your job as student leaders is to equip the saints for the work of the ministry to build up the body of Christ.”

Pruitt referred to a common sentiment in recent years that has emphasized every believer’s role as ministers and missionaries within the Church.

While that’s true that the work of ministry is not reserved to a certain “professional class” of Christians, Pruitt also expressed concern that the good desire to emphasize the role of every believer has had the unintended consequence of minimizing the special leadership calling God has placed on some.

According to Pruitt, there has been a shift in vocational ministry settings where more leaders are retiring than are answering the call to serve. He cited a study from 2017 that said that less than 15 percent of ministry leaders are under the age of 40, a decline from previous years.

That focus is the subject of a new book Pruitt wrote with Scott Pace, dean of The College at Southeastern, titled Calling out the Called. They had the desire to provide a resource that assists in the discipleship of those called to ministry leadership.

Jared C. Wilson, author and professor at Midwestern Baptist Theological Seminary, preached a reminder to focus on the gospel from 1 Peter 1.

“You are doing ministry in an increasingly hopeless world. Confusion about things as baseline as identity abounds. Issues of social stability, shifting moral categories—all indications of a culture that is hurtling toward collapse,” said Wilson. “So, our churches and our young people live every day practically on the brink of nothing less than an existential crisis. The laboratory for the experiment of grace couldn’t be bigger or more highly staked.”

Wilson observed that many young people are questioning their faith, wondering if the gospel of Jesus Christ is true, if it is real.

“The single important reason young adults walk away from the Church is that they did not experience the gospel as reality but as an idea,” Wilson said before later continuing, “If our gospel centrality does not result in discipleship of Christians toward a vital relationality with God through Christ by the Spirit, we are wasting our time. Christianity is a terrible hobby.”

Other main session speakers included Jarman Leatherwood, pastor of House of Hope and Restoration Church in Huntsville, Ala., and Preston Sprinkle, an international speaker and bestselling author.

Student ministry leaders not only worshipped together and heard from main session speakers, they also had the opportunity to learn from practitioners in dozens of different breakout sessions in what Jay Barbier, a youth ministry specialist with the Tennessee Baptist Mission Board, described as a family reunion.

Conclave becomes a space where student ministry leaders across the Southern Baptist Convention can pour into hundreds of leaders who represent thousands of students across the nation, said Barbier, who could make a major impact in their communities with the gospel.

“Conclave is the best-kept secret of the SBC, I believe,” he said.

“There’s a partnership that exists here where it’s not just the states. All of our other major entities are here as well,” Trent said. “NAMB is here, the International Mission Board is here, Lifeway is here, plus other sister and brother organizations in the exhibit hall that are all striving to point teenagers to Jesus.”