Alcantara shuts down Braves with six-hitter 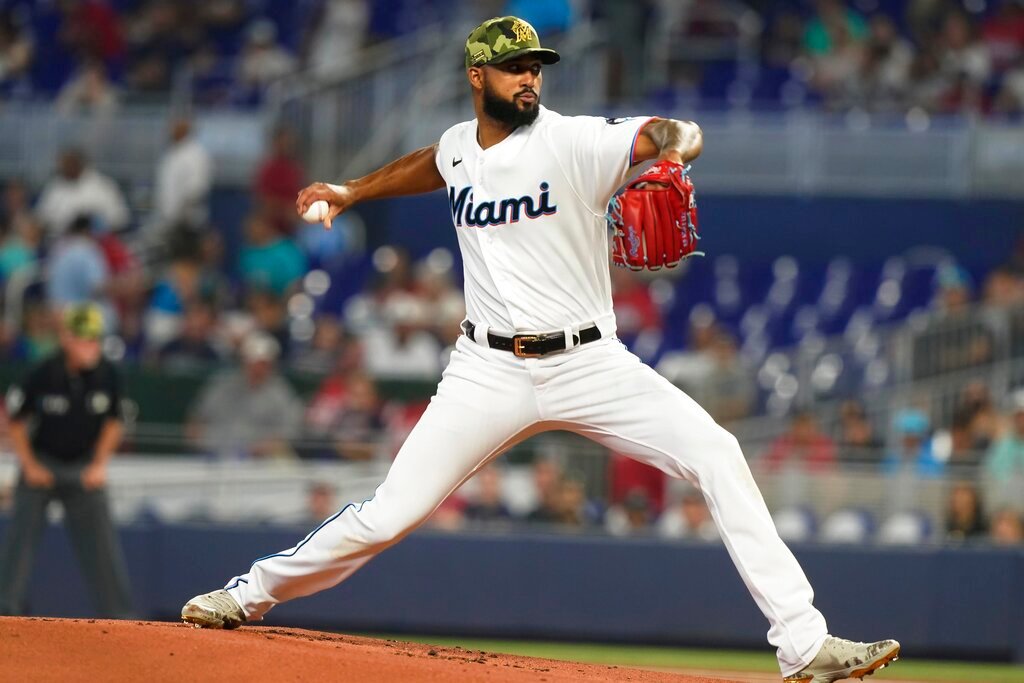 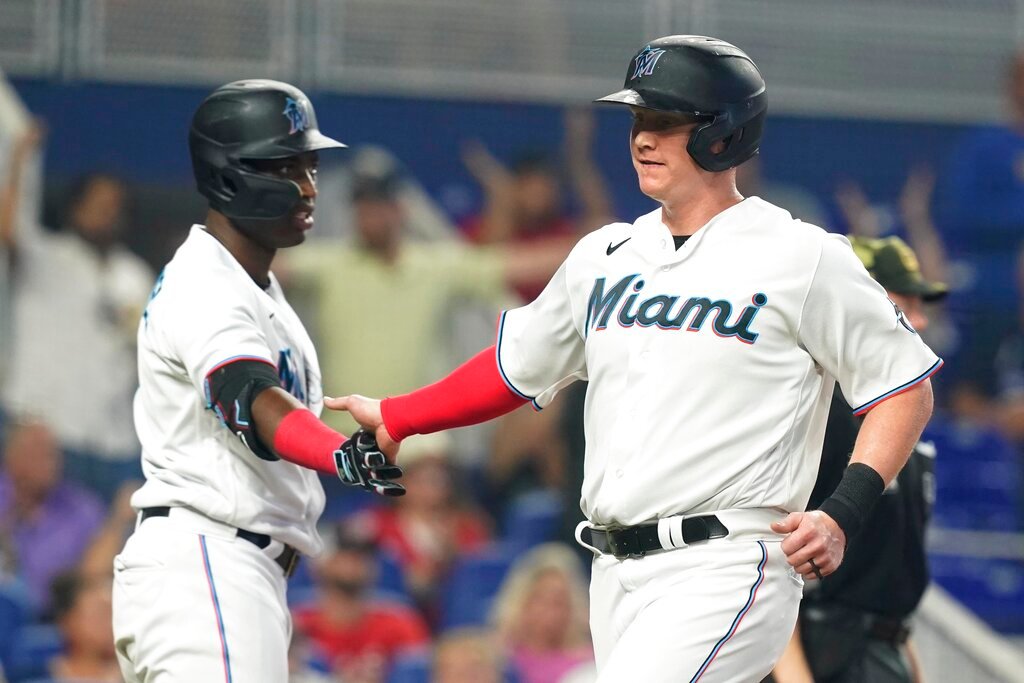 Miami Marlins' Garrett Cooper, right, is congratulated by Jesus Sanchez after Cooper scored on a hit by Brian Anderson in the sixth inning against the Atlanta Braves, Sunday, May 22, 2022, in Miami. (AP Photo/Marta Lavandier)
Previous Next
Posted Sunday, May 22, 2022 5:51 pm
By The Associated Press

The 26-year-old-Alcantara (4-2) limited the Braves to three unearned runs and six hits. He walked two and struck out seven for his fourth career complete game.

Atlanta star outfielder Ronald Acuña Jr. had two of the hits against Alcantara, extending his on base games streak to 29.

Travis d’Arnaud’s at-bat to lead off the ninth was extended after Miami first baseman Jesús Aguilar dropped a popup. D’Arnaud doubled and scored on Ozzie Albies’ double to make it 4-2. Albies advanced to third on a fly out to right and scored on Austin Riley’s RBI groundout.

Alcantara got Dansby Swanson on a pop-up to catcher Jacob Stallings to complete his 115-pitch outing.

Brian Anderson and Stallings doubled, singled and had RBIs each for the Marlins, who avoided the three-game sweep.

Anderson’s go-ahead RBI single in the sixth put Miami ahead 2-1. The Marlins were 0-for-7 with runners in scoring position and 2-for-27 in the series before Anderson’s hit to left-field scored Garrett Cooper from second.

Acuña’s leadoff double in the fourth snapped Alcantara’s streak of consecutive batters retired at 29. Alcantara retired the final 20 batters his start against Washington May 16.

Ozzie Albies reached on a three-base fielding error by Miami centerfielder Jesús Sánchez’s to lead off the fifth. Dansby Swanson’s one-out bloop single to right scored Albies and tied it at 1-all.

Marlins second baseman Jazz Chisholm Jr. had a leadoff walk in the first and eventually scored on Garrett Cooper’s sacrifice fly. But Chisholm was removed in the third because of left hamstring tightness.