NASHVILLE (BP) — Year-to-date contributions through the Southern Baptist Convention's portion of the Cooperative Program are .04 percent ahead of the same time frame at the end of 2015 and 3.11 percent under the SBC Cooperative Program Allocation Budget projection for the year, according to a news release from SBC Executive Committee President and CEO Frank S. Page.

The year-to-date total represents money received by the Executive Committee or postmarked by the close of the last business day of December and includes receipts from state conventions, churches, and individuals for distribution according to the 2016-17 SBC Cooperative Program Allocation Budget. 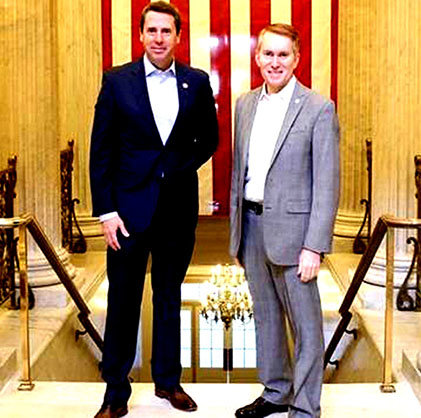 WASHINGTON (BP) — Another Southern Baptist has stepped up to provide leadership for the Congressional Prayer Caucus.

Rep. Mark Walker, R.-N.C., will be the new House of Representatives co-chairman of the caucus, it was announced Jan. 9. Sen. James Lankford, R.-Okla., the other co-chairman of the prayer caucus, and former Rep. Randy Forbes, R.-Va., made the announcement. All three are members of Southern Baptist churches.

Forbes, a seven-term congressman, founded the caucus in 2005 to help protect the right of people to exercise their religious belief and pray freely. The caucus had more than 90 members in the last congressional session. Walker is replacing Forbes, who lost in the Republican primary last year in his bid for re-election.

Russell Moore, president of the Ethics & Religious Liberty Commission, expressed his gratitude for the leadership Forbes and Lankford have provided to the Congressional Prayer Caucus.

"I'm overjoyed to see Congressman Forbes' tireless work in praying and speaking on religious freedom issues will be continued by the new leadership of Congressman Mark Walker," Moore said in a written statement. "I'm honored to call Congressman Walker a friend who represents Southern Baptists and all people of faith with excellence, integrity and skill in the United States Congress.

"This important caucus is raising awareness of the dire state of religious freedom around the world."

The caucus intends to advocate this year for religious liberty on such issues as health-care conscience protections, freedom for religious schools, and employers' hiring rights, according to a release from Lankford's office.

Walker gained election to the House in 2014 after serving Southern Baptist churches for about 15 years in such roles as executive pastor, as well as lead pastor of a church plant. He most recently was associate pastor of music and worship at Lawndale Baptist Church in Greensboro, N.C.

The executive director would serve a unified and healthy convention of 391 churches and church plants in one of the fastest growing states in the nation, said CBGC President Mike Routt, citing Edlund's tenure.

The new leader would continue Edlund's focus on planting new churches and helping revitalize existing congregations, Routt said, in efforts to reach the state that has no Southern Baptist churches in 115 of its 200 zip codes.

The CGBC is located in a suburb of Denver, which North American Mission Board area missionary Dave Howeth describes as the fastest growing city in the nation. More than 1,200 moved to the metropolitan area every month from 2010-2015, said Howeth, noting a total of 83,000 people.

Denver is a top draw for millennials, with 18,000 living downtown and an 18 percent growth rate of millennials projected within the next five years, the CGBC said. Among other statistics distinguishing the area, 175 different languages are spoken, more than a million people live in multi-housing sites, and the Denver public school district is the fastest growing urban district in the nation, having grown 14 percent of the past five years. 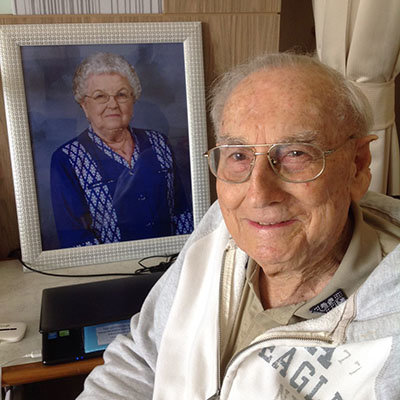 Longtime International Mission Board worker and volunteer Gary Harthcock, who died Jan. 5 at age 97 in Thailand, served in six countries with his late wife Evelyn, who preceded him in death. BP/Special

Friends recalled Harthcock's watchword upon his death Jan. 5 at age 97 of an abdominal aortic aneurysm.

"That quote was taped to his desk, and he told me he read it every day. He has truly lived that out," Kathryn Monroe said. "Retirement was not in his vocabulary." She and her husband Philip were friends of Harthcock.

Harthcock and his wife Evelyn were married 69 years before she passed away in September 2015. They served together overseas for 40 years in six countries.

International Mission Board worker Phil Wardell served with the Harthcocks in Cambodia. "It was such a blessing to have these 'grandparents' join our team, and they were truly a team in every respect of the word in terms of how they ministered together in the city," Wardell said. "There are very few people that have left such a legacy in missions, as they have given birth to sons and daughters in the Caribbean, Liberia, Guyana, Mongolia, Cambodia, Thailand, and virtually in almost every country where they have visited since they began their marriage."

HARRISBURG, PA (BP) — Barry Whitworth, a longtime church planter and state convention staff member, has been elected executive director of the Baptist Convention of Pennsylvania/South Jersey by a unanimous vote of the convention's Executive Committee.

Whitworth succeeds David Waltz, who retired after 23 years of leading the two-state convention, which has rebranded itself the Baptist Resource Network of Pennsylvania/South Jersey (BRN). Whitworth will assume his new role Feb. 1.

Since 2012, Whitworth has served the BRN as the North American Mission Board's lead church planting catalyst for Pennsylvania/South Jersey and Send City missionary for Philadelphia and Pittsburgh.

In all, Whitworth's tenure on the BRN staff dates back to 2004. He has served as the network's multiplying churches team leader since 2009, during which time the total number of churches cooperating with the convention has increased approximately 25 percent, according to the BRN.

Whitworth has planted churches and served on church staffs in Pennsylvania, New York and Maryland. Click here to read more on his service.