Be willing to forgive 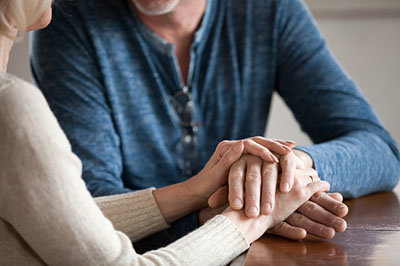 How often has one spouse said to another, “I forgive you,” only to bring up the past occurrence at some future date? A husband related to me about his wife’s infidelity, “I told her I forgave her. I buried the hatchet, but I did not bury the handle. Every time we got into an argument I pulled out the past.”

We do not fully forgive until the handle is buried.

“I forgive you," is one of the most powerful expressions a human can extend toward another. It is often pride and self- centeredness which prevents the guilty party from accepting this priceless gift.

A young wife shared with me that she found her husband and her best friend in bed together in their own home. For two years she plotted his murder in such a way that no one would find out who committed the crime. One morning as she was looking in the mirror putting on her make-up she took an intense look at her face. She said that hate lines had developed around her eyes. Deep wrinkles had formed around her lips. She had aged almost ten years in just that short period of time. She said with tears flowing down her cheeks, “I realized I was so full of hate and bitterness that the only one I was killing was myself.”

Forgiveness has five excellent benefits.  They are on page forty-one in my book.

After reading together Ps. 86:5 and Rom. 12:19, do you need to extend forgiveness to your spouse? If so, get alone together and share your willingness to extend this greatest of all Christian virtues. The true test of forgiveness is that once it is extended it is never rescinded.

This series of devotions relating to marriage are taken from “44 Ways to Strengthen Your Marriage” by evangelist and pastor Jerry Drace.