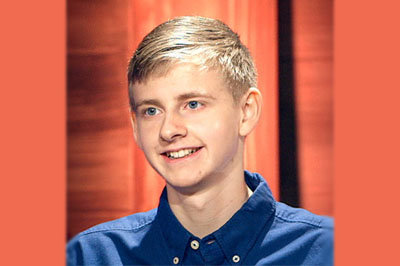 “During and before this time, I had really deep struggles in my faith, but God was teaching me faith, trust, and obedience through it all," says Andrew Nichols, who is dually enrolled at Truett McConnell University. TMU/National Bible Bee
Posted Wednesday, July 12, 2017 3:25 pm
Truett-McConnell University 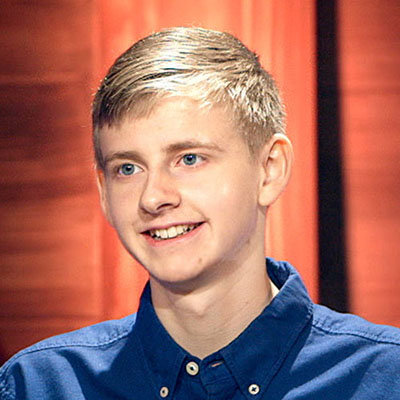 “During and before this time, I had really deep struggles in my faith, but God was teaching me faith, trust, and obedience through it all," says Andrew Nichols, who is dually enrolled at Truett McConnell University. TMU/National Bible Bee[/caption]

After participating in the National Bible Bee for seven years, Nichols, who hesitated at first, submitted his audition tape for the new gameshow series when he felt God laying on his heart that this was something he needed to do.

“I wasn’t sure why God wanted me to do it,” Nichols shared before entering the gameshow. “During and before this time, I had really deep struggles in my faith, but God was teaching me faith, trust, and obedience through it all. While on stage, God opened up a door to share my testimony.”

“Isn’t it amazing how God works?” he remarked.

Nichols, who prepared for the National Bible Bee by memorizing close to 850 Bible verses, was one of 24 contestants between the ages of 15 and 18, selected to compete in the new Bible gameshow for a chance to win $100,000. Out of the contestants, Nichols and eleven others advanced to the semi-finals.

“My goal through the National Bible Bee,” Nichols added, “was to glorify God throughout all of it.”

The 16-year-old junior shares that God has called him into ministry, something made possible through dual enrollment courses at TMU. “In addition,” he said, “I’ve also had a passion for law, especially relating to the rights and responsibilities of Christians under the Constitution. With this in mind, after I graduate I hope to achieve a Master of Theology degree and possibly also pursue a Juris Doctorate. I am still definitely open to whatever other directions God leads me; it’s in His hands, not mine.”

Jenny Gregory is the content manager for Truett McConnell University.