Posted Wednesday, October 27, 2021 10:52 am
The Christian Index
Richard Bumpers with a gift given him by a mentor.

Richard Bumpers Jr., a former evangelism consultant for the Georgia Baptist Mission Board, is the new associational missions strategist at the Stone Mountain Baptist Association.

Bumpers was unanimously elected to lead the Stone Mountain Baptist Association last weekend, becoming one of only a handful of African Americans serving as associational mission strategists in the U.S.

“Richard Bumpers being called as the AMS of the Stone Mountain Baptist Association is an important milestone in the history of this 200-plus-year-old association,” said Ray Gentry, associational mission strategist in the nearby Southside Baptist Network and president of the Southern Baptist Conference of Associational Leaders. “It is a testament to his leadership ability, experience, and work ethic.”

The search committee that recommended Bumpers said he brings a love for the Lord, a heart for evangelism, and a passion for discipleship into his new post.

One of Bumpers’ biggest cheerleaders is the man he will be replace, Larry Cheek, who opted to retire after leading the Stone Mountain association for more than a quarter of a century.

“I have followed Dr. Richard Bumpers from the day he came into my office and said ‘I want to plant a church,’” Cheek said. “I continued to watch him rise up as an evangelism consultant for the Georgia Baptist Mission Board and become known in the region for his concern for the lost.”

Cheek recommended Bumpers to the search committee and was thrilled when he was elected.

“I could not be happier,” Cheek said. “God has provided a man who fits the demographic profile for our association, who has a Kingdom focus on reaching the lost.”

Bumpers, 49, brings 18 years of ministry experience into the role in areas that include pastoral work, church planting, management, fundraising, community development, and higher education. He has a doctorate from the United Theological Seminary in Dayton, Ohio, a master’s degree in counseling studies from Capella University in Minneapolis, Minnesota., and a bachelor’s degree in urban youth studies from Eastern University in St. Davids, Pennsylvania.

Besides serving as pastor at Park Place Baptist Church in Snellville, Bumpers has held a number of other positions, including instructor, dean of academic and student services, and director of advancement for Point University.

Jason Lowe, an associational missionary who served on a national study team looking at Baptist associations, said the Southern Baptist Convention needs more minorities in roles like the one Bumpers has accepted.

“While I don’t have access to specific data, I can affirm anecdotally that there are very few African Americans serving in associational leadership,” he said. “I do believe there is wisdom in recruiting more African Americans – and other minorities as well – to serve in AMS roles. The beauty of the body of Christ is that while we are unified in our mission to proclaim Jesus Christ to a lost and dying world, we are diverse in our roles, experiences, and perspectives. Our associations should reflect that diversity. Inviting our African American and other minority brothers to serve in associational leadership roles broadens our missional perspective, reflects the diversity in our churches and communities, and strengthens our overall Great Commission work. Most importantly, it’s provides a preview of the heavenly worship to come, described in Revelation 7:9.”

Gentry said he knows of only one other African American – Port Wilburn of the San Francisco Peninsula Baptist Association – currently serving as an associational leader, though he said there could be others he’s not aware of.

Bumpers said he wants to use his new position to encourage pastors to fulfill their God-given responsibilities.

“They are the captains of the ship,” he said. “They have the authority to really influence culture. Pastors should be visionaries. They shouldn’t be afraid to take risks. In fact, it’s critical that pastors get out of their safety zones and take risks, to get out of their bubble and engage in life-giving conversations. And that doesn’t generally happen unless we’re willing to be intentional about fostering or engaging in those conversations outside the four walls of the church.”

As an evangelism strategist for the Georgia Baptist Mission Board, Bumpers has had years of experience working one-on-one with pastors and churches. He said he will continue doing that as associational missionary.

“I think it’s time for us to open up our doors and go after the people who Jesus went after, instead of expecting people to come to church and assimilate to who we are,” he said.

Bill Moss, the pastor of Rockdale Baptist Church who served as chairman of the search team that recommended Bumpers, said all the members were confident in their choice.

While working as a regional evangelism consultant with the Georgia Baptist Mission Board, Bumpers had an office in the Stone Mountain association’s building in Conyers and worked well with the entire staff.

“He had been watching the work of the association from the front row,” Moss said. “The Lord just made it very, very obvious that he was the man.”

Before Cheek had submitted his letter of resignation, Bumpers had been selected to be the keynote speaker at the associational annual meeting, the same meeting in which he would ultimately be elected.

“It would end up not just being a keynote address, but he would end up really preaching in view of a call,” Moss said. “I love it when the Lord makes something that obvious. It seemed like everything was arranged by God. I think probably his greatest attribute is his evangelist heart. He wants people to know Jesus whether they’re young, old or in between.” 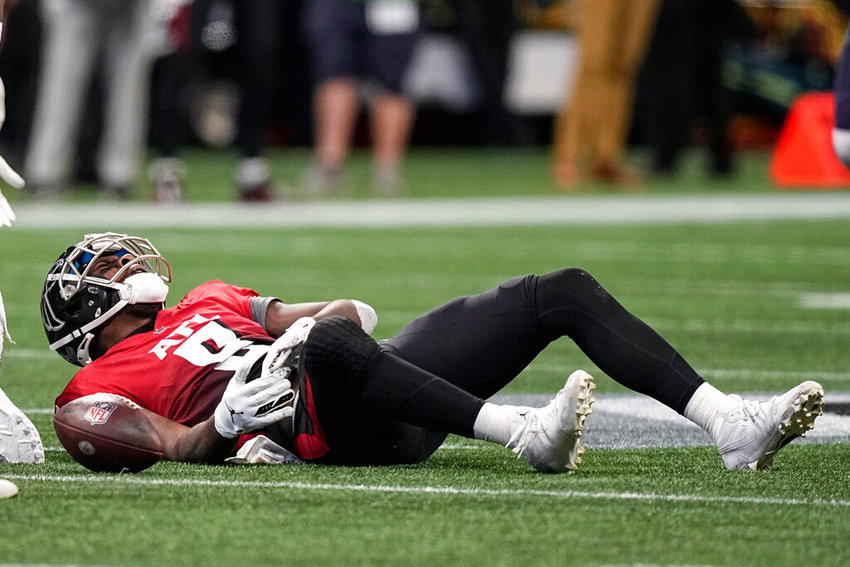