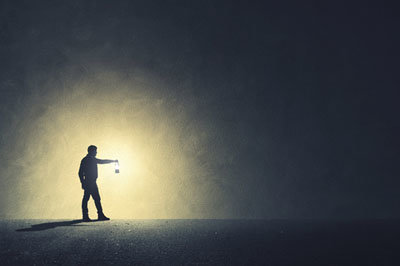 “You underestimate the power of the dark side.”

Although Star Wars is just a science fiction movie, the reality of those words is far from fantasy. As Christians, we often misjudge the power of the dark side, face the doleful circumstances, and fail to employ the victory of the cross.

The Apostle John gave us a peek into the future that offers both hope and encouragement. Although the timing of the great battle of Revelation 12 has encountered considerable disagreement among Bible scholars, the truths the battle present must not be overlooked.

We have a formidable foe

John used five different words or phrases to describe God’s arch-enemy. We were reminded by the ancient Chinese philosopher Sun Tzu in The Art of War, “If you know the enemy and know yourself, you need not fear the result of a hundred battles.”

Verse nine helps us to know our enemy by first calling him the great dragon. Continuously throughout literature, evil and strong powers have been depicted by a dragon. In Christian traditions and European cultures, the dragon has consistently represented not only great powers, but also extreme evil.

John’s choice of this term points to Satan’s wickedness and strength. It reminds us that we should never take this foe for granted.

By calling him the serpent of old, John is reminding us of the temptation in the Garden of Eden. He takes us back to the fall, where spiritual conflict began.

The word “devil” comes from a Greek word meaning "slanderer." This name goes along with what is expressed in verse ten, where we are told that our enemy accuses us before God night and day.

Our enemy’s formal name is Satan, which means "adversary of God." Since he is God’s adversary, he stands as the enemy to every follower of Jesus Christ.

Verse nine says our enemy deceives the whole world. We should not be surprised at this tactic.

He levied deception in the Garden of Eden. Jesus said that there is no truth in him and that he is the father of lies (Jn 8:44). Paul reminded us of his deception in 1 Corinthians 11:14 by informing us that the devil disguises himself as an angel of light.

Satan is formidable and strong. Jesus Christ is stronger!

We have a triumphant Savior

The description of our enemy could be frightening except we are reminded that Satan’s strength is no contest against the authority of the Lord Jesus Christ. Sun Tzu’s quote above is incomplete. If I were writing those words, I would have to say that we must not only know our enemy and know ourselves, but we must also know our Savior.

It is difficult for us to imagine the battle of Michael and the angels of God versus Satan and his fallen demons, but it must have been fierce and decisive. Whether this battle speaks of a time in history past or to a future defeat, Satan was thrown down in the vision given to John.

We are reminded that greater is He Who is in you that he who is in the world. Christians often cower before the threat of demonic evil and bow in apparent defeat. We must remember that our Savior was, is, and always will be triumphant in the face of evil. No matter the struggle and regardless of the conflict, our Redeemer’s power has been established throughout all of time and was broadcast through the ages by the cross and the empty tomb.

When we find ourselves in the throes of battle or midst of strong temptation, we must be reminded of the significance of the three-letter word found in verse ten: Now. God declares with authority and finality, “Now the salvation, and the power, and the kingdom of our God and the authority of His Christ have come.”

Satan has no authority over the children of God. Throughout the gospels when Jesus confronted someone possessed by demons, they had to bow at the feet of the Sovereign King. Satan even had to get permission to test Job (Job 1:6) or sift Peter (Luke 22:31-32).

As Christians, we stand on the winning side, and the Captain of our team has already won the battle.

We have a victorious hope

The pronoun "they" in verse eleven points to the brethren. John is speaking of the followers of Jesus Christ. The third word of that verse should lead us to shout in celebration. We overcame Satan by the blood of Jesus Christ, the Lamb of God who takes away the sin of the world.

How do we walk in the victorious hope that is ours because of the cross of Christ? It is through the word of our testimony.

These terms seem reminiscent of the witness stand where believers declare their faith in the Lord Jesus Christ, Who was slain before the foundation of the world. Our hope is found only in Christ, and our victory is realized through the death and resurrection of our Lord. It does not matter what Satan hurls our way or what anyone may do to us. Our testimony is strong, and our declaration is true. Even in the face of death we stand triumphant.

We know from the testimony of God’s word and through our own experiences that the dark side is quite powerful, and God’s word warns us to never underestimate it. However, there’s power, power, wonder-working power in the blood of the Lamb.

Through Jesus Christ, we can stand firm against the wiles of the devil and one day join in with a myriad of saints around our Savior’s throne celebrating our victorious Christ.