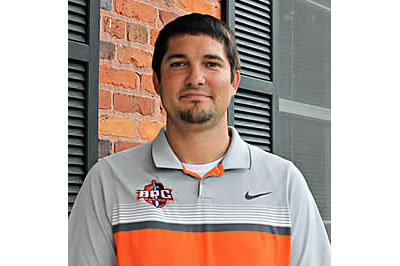 MOUNT VERNON – After a year as athletic director for Brewton-Parker College, Daniel Prevett has been named the school's vice president for Athletics and Student Development, President Steve Echols announced July 1.

“We are delighted that Coach Prevett has accepted this new position,” Echols said. “We are confident that he will do an excellent job just as he has done with his present responsibilities as athletic director. We believe that pulling together athletics and student development will have a positive effect on enhancing both areas along with strengthening our discipleship emphasis."

Before arriving in Mount Vernon, Prevett had been associate athletic director and head women's basketball coach at Tennessee Temple University in Chattanooga. Prior to that he held coaching positions at Ashbury University in Wilmore, KY and Somerset Christian School in Somerset, KY. As a student he earned bachelor's degrees in Business Administration with an emphasis in finance and Biblical Studies at Kentucky Christian University, in addition to a Master of Sports Science in Sports Management from the United States Sports Academy.

With Prevett's move in responsibilities, BPC head baseball coach Aaron Larsen and head soccer coach Matt Payne will serve as associate athletic directors, said Echols. "We ... appreciate Coach Larsen and Coach Payne taking on additional," he added. "We are blessed to have their leadership in the athletic department.”