MOUNT VERNON — Steve and Julie Echols have never lived in South Georgia but you wouldn’t know it by the way they have adjusted to their home of the last 10 months.

On October 13 the Atlanta native was commissioned as Brewton-Parker College’s 17th president. Since then he has spent his time restoring the college to its former days of academic excellence and financial stability while building a strong spiritual foundation.

The soft-spoken pastor-turned-academician admits that much work remains to be done, but the progress is nothing short of amazing.

The campus is being rejuvenated with updated dorms and other structures, contracts are being renegotiated where appropriate, and most important – enrollment is on the upswing.

“We are expecting a significant enrollment this fall,” Echols says from his office in Gates Hall, the campus administration building with its newly painted white columns glistening in the morning sun.

“Attendance at our campus preview days have more than doubled this year, which is a big indicator of how the Fall will shape up. There is growing interest in a Brewton-Parker education and the word is out that we are coming back strong and are here for the long term.”

This Spring enrollment reached 575 and the college has reduced its attrition rate by 50%, down from 16% to just 8%.

Business remains the largest degree program, followed by biology and then social sciences and education. The biology instructors teach a solid creationism-based curriculum that has been well-received. 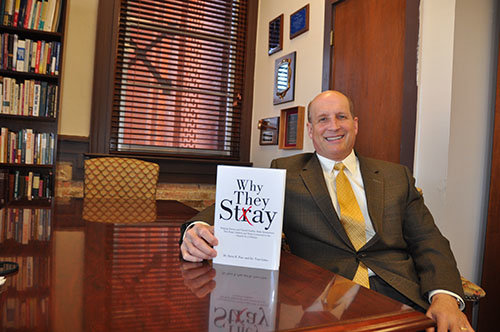 Echols credits Georgia Baptist Mission Board book "Why They Stay" with building the case for a faith-based college environment. The book, written by state missionaries Steve Parr and Tom Crites, is available through the Mission Board's online estore with all proceeds donated to the Mission Georgia state missions offering.  JOE WESTBURY/Index[/caption]

Rural South Georgia is a good match for Echols and his wife.

“If you open me up you’ll see the heart of a pastor. A pure academician may not always be the best communicator with rural churches but a small church pastor, where I began my ministry, is what many people enjoy hearing. They speak the language of the people.”

And that language is sounding pretty good to the community.

Scott Rudd, Class of ’91, a local businessman and a trustee, is proud of the changes he has seen in the past 10 months.

“We’ve turned the corner and are becoming more of the Christ-centered campus that we should be. We have a good team in place and are getting back to biblical standards on which Brewton-Parker was founded.

“This team is going to make Brewton-Parker great again,” he stated just outside the campus cafeteria.

That kind of enthusiasm is what is helping to bring the college back from its recent troubled past. A slump in enrollment and delayed maintenance has been taking its toll but those problems are being addressed with positive results.

“One of the things I want the college to be is an anchor for ministers,” Echols continues.

“We recently added Billy Puckett from New Orleans as professor of Christian Studies and director of Church Relations. He begins in mid-May.”

Puckett has been serving full time as director of Community Ministries with the New Orleans Baptist Association and as an adjunct professor with the seminary. He was also the contact person for the association after the flooding caused by Hurricane Katrina so he’s well qualified to supervise some of the forthcoming construction planned for the campus.

And it will be considerable. 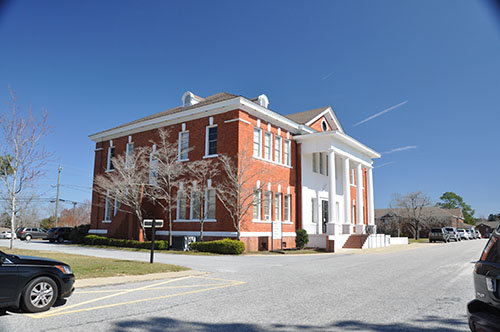 Gates Hall, the administration building for Brewton-Parker, will receive new carpets throughout as part of the campus upgrade program. JOE WESTBURY/Index

Campus upgrades on the way

The upgrades at Baron Ridge, one of the dorms, will receive new floors and a roof and ramps. The administration building will re-carpeted and the library will receive a new roof.

Those improvements, as well as other upgrades throughout the campus, will be largely provided by more than 200 volunteers from Stone Mountain Baptist Association and the Southside Network. The summer effort will be coordinated between Puckett and Larry Cheek of the Association, Ray Gentry of the Network, Stuart Lang of the Georgia Baptist Mission Board, and Bill Barker of the North American Mission Board.

Echols brings a strong academic background to the president’s office. He served as president of Tennessee Temple University in Chattanooga prior to joining Brewton-Parker and before that, served from 2005-2011 as associate regional dean for the Alabama/Georgia New Orleans Seminary Extension Center System, as well as professor of leadership while occupying the Nelson L. Price Chair of Leadership.

A pastors’ heart is his greatest asset

But he sees his pastors’ heart as his greatest asset.

“I began my ministry serving a country church right out of seminary that averaged 20 in Sunday attendance; eventually I pastored a congregation that averaged 1,000 in attendance. I’ve served all size churches ranging in membership from 40 to 3,300. But I really feel like I’m home again here in South Georgia with the abundance of small churches.

“Rural Mississippi where I served my first five years is many ways just like the experience here. While I was born in Atlanta and grew up in Cobb County, I’m really not a ‘city boy’ at heart,” he says with a smile.

“Julie and I love the people and the South Georgia culture.”

The college realizes it is not in a metropolitan area with unlimited opportunity for growth. But, Echols quickly adds, the 11 counties immediately surrounding the college is home to 190,000 residents – not exactly a small pool from which to draw students.

“We don’t have to reach huge numbers to be successful. I would like to see us increase our dual enrollment program where a qualified high school student can take courses, many online, that count toward college credit toward BPC or other state-approved colleges or universities.”

Echols calls the program “a great recruiting tool to introduce students to the Brewton-Parker experience.”

Last year one student who applied himself actually received his Associate Degree at the same time he received his high school diploma. It’s rare, Echols, acknowledged, but it is possible.

This year there are 200 students enrolled in the dual program, some of whom are online. A 50 percent increase is projected for next year … with no cost to the student due to state funding.

“With dual enrollment we can have a presence anywhere in the state. We want a vibrant campus here in Mount Vernon but we don’t need to have a lot of bodies here to be successful. We appeal to locals to want to remain close to home, others who want to pursue a small town college rather than have a metropolitan experience, and those from North Georgia who just want a different environment.”

Another focus of the college will be its faculty commitment to discipleship.

“We do not want to teach just curriculum but the spiritual dimension as well,” he explains. To underscore that value early in his tenure, Echols led faculty and staff in signing the Baptist Faith and Message 2000 as part of Convocation on August 25 – just three months after his election last year.

Necessity of a faith-based college environment

“We are encouraging parents in our churches to consider enrolling their children in a faith-based environment. It’s far healthier for their child to receive instruction with a Christian flavor than from a professor who seeks to undermine their faith.”

Echols credits the book “Why They Stay,” written by Georgia Baptist Mission Board state missionaries Steve Parr and Tom Crites, with helping to cast that vision for a faith-based education. The book is available through the Mission Board's online store, in Christian bookstores,  and through online booksellers such as Amazon. Proceeds go to the Mission Georgia offering.

The book, available from the Mission Board, was written to help parents and church leaders make investments that keep children and teens connected to church for a lifetime.

Echols said the writing team “did an excellent job of discussing the crisis of why we are losing the current generation from church when they enroll in college."

The book, based on extensive research, reveals that those who attended a Christian college were 90% more likely than all other young adults to be actively involved in church. Another way to say it is they were almost twice as likely to still be in church.

That foundation is being laid at BPC; while students have plenty of involvement through the Baptist Campus Ministry and counseling from faculty and staff, they are urged to connect with a local church and be involved in different levels of discipleship.

“I was as happy as I could be pastoring churches but I don’t know a better calling than to be working to provide a solid Christian education in South Georgia. Brewton-Parker is vital to what the people here tell us they want in a Christian college.