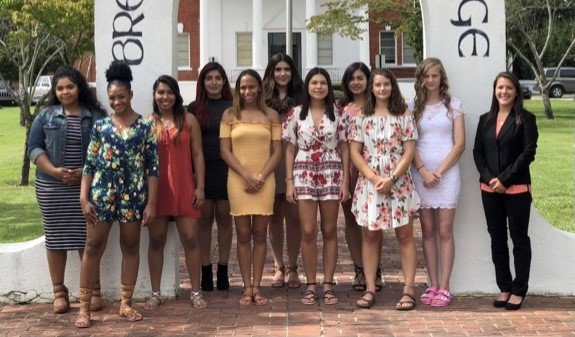 An ethnically diverse women's wrestling team poses for a photo on the Brewton-Parker campus in 2019.

Brewton-Parker College made the Top 20 in U.S. News & World Report’s listing of most ethnically diverse liberal arts campuses in the nation. Brewton-Parker ranked higher than a long list of better-known schools, including the U.S. Naval Academy in Annapolis, Md., the U.S. Military Academy at West Point, N.Y., and the U.S. Air Force Academy in Colorado.

In a report to the Georgia Baptist Education Commission last week, Brewton-Parker President Steven F. Echols said the measurement is a reflection of the ethnically diverse region the school serves.

It’s a ranking Echols said he is especially proud of because it models the diversity of Christianity, which is open to people from all nations, tribes and languages.

Georgia is a diverse state, with 3.4 million African Americans, 1 million Hispanics, nearly a half million Asian-Americans, and sizeable numbers of many other ethnic groups.

Brewton-Parker was No. 18 in the “Campus Ethnic Diversity” category in the latest ranking by U.S. News & World Report, which measures the likelihood for students to encounter classmates from racial or ethnic groups different than their own.